Ahsan Butt is an associate professor at the Schar School of Policy and Government at George Mason University and a non-resident fellow at the Stimson Center.

His main research interests lie in nationalism, political violence, and South Asia. His book, "Secession and Security: Explaining State Strategy Against Separatists," was published by Cornell University Press in 2017. His work has appeared or is forthcoming in peer-reviewed journals such as International Organization, Journal of Global Security Studies, Journal of Strategic Studies, Politics and Religion and Security Studies, and he has received generous support from the Belfer Center for Science and International Affairs at the Harvard Kennedy School, the Mellon Foundation, the Stanton Foundation and the United States Institute of Peace. 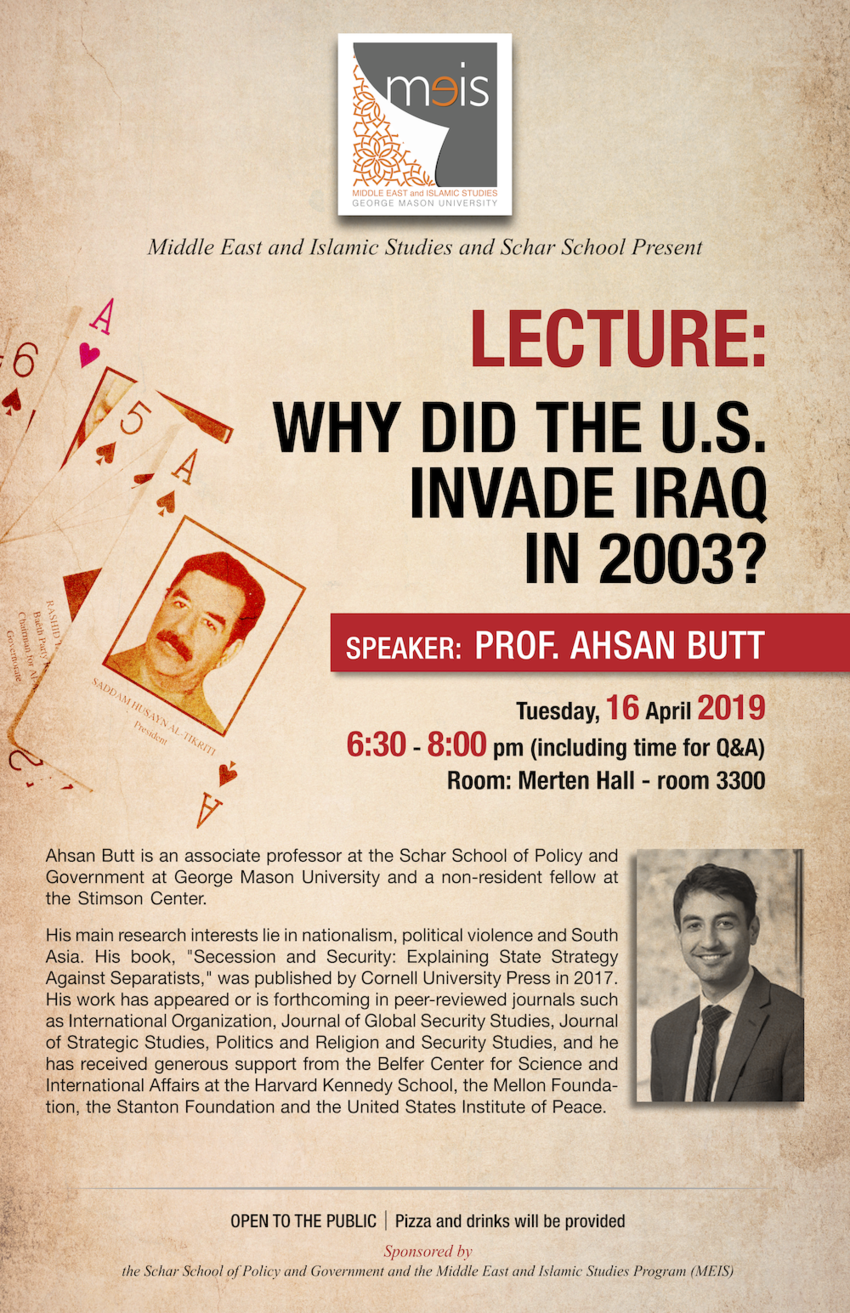