The Ten Years on Project presents:

Join us for the second monthly signature panel event of the Ten Years on Project: Mass Protests and Uprisings in the Arab World project. This is the second in a year-long series of events and knowledge production by the collaborative Ten Years On project. Panelists will discuss a range of ideas and reflections related to pedagogy and teaching the Arab Uprisings.
Presented by the Middle East and Islamic Studies Program (GMU), Arab Barometer (Princeton), and Arab Studies Institute 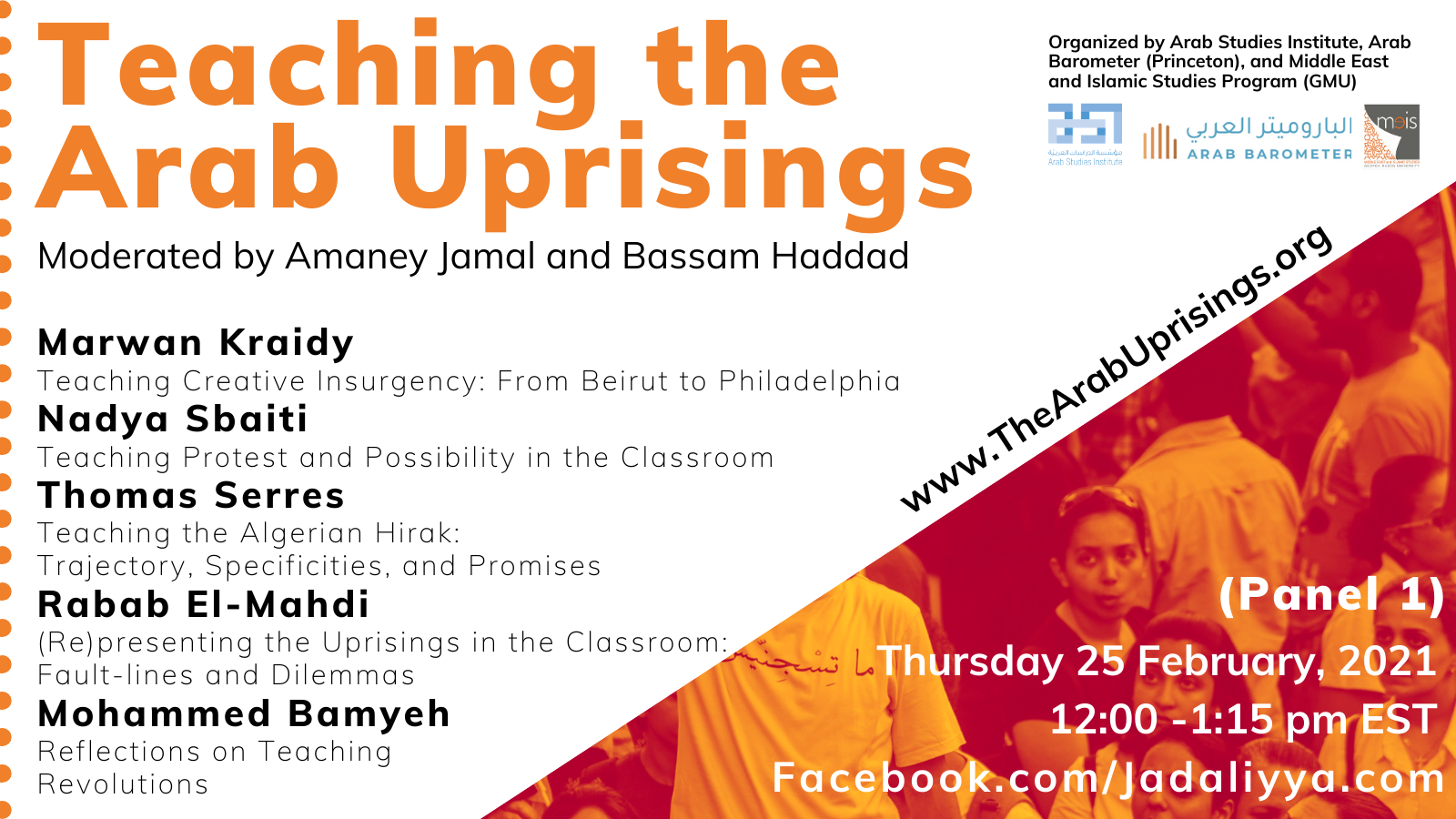 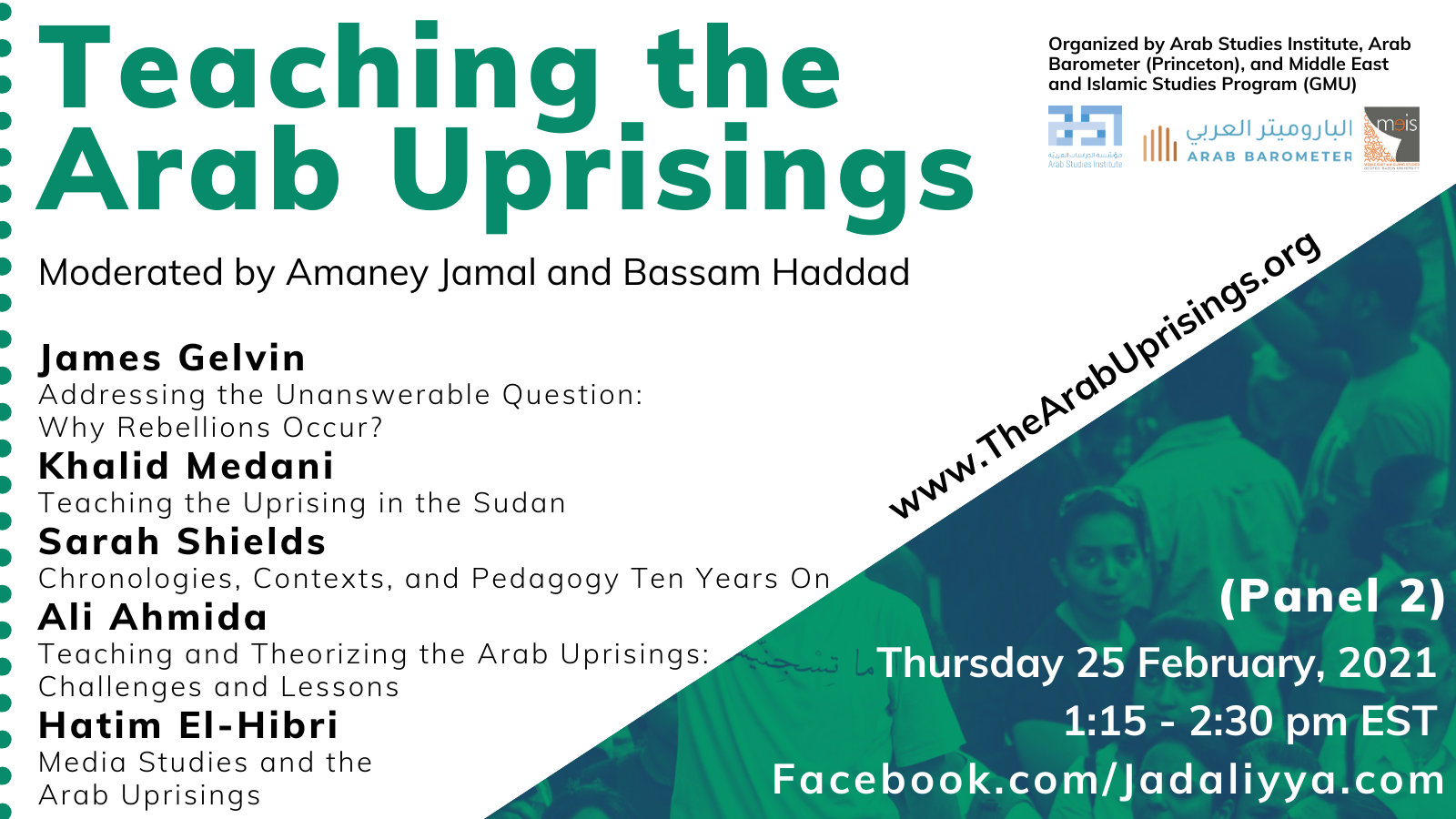