Live Event - Let's Talk It Over: Trumpism After Trump (15 Feb)

Let's Talk It Over

On this episode of “Let’s Talk it Over” - a podcast hosted by Roger Waters, Ken Loach, Frank Barat, and Yanis Varoufakis, guests Keeanga Yamahtta-Taylor and  Noura Erakat will discuss how Trump’s political legacy continues in domestic and foreign policy even after his departure from office. The episode will explore the limits of the Democratic Party, as currently constituted, and liberalism more generally to challenge the neoliberalism, racism, and militarism that continues to shape US political life globally.

Keeanga-Yamahtta Taylor is an Assistant Professor in the Department of African-American Studies at Princeton University. She is author of Race for Profit: How Banks and the Real Estate Industry Undermined Black Homeownership, published in 2019 by the University of North Carolina Press, longlisted for a National Book Award for nonfiction and a 2020 finalist for the Pulitzer in History. Taylor’s book From #BlackLivesMatter to Black Liberation, won the Lannan Cultural Freedom Award for an Especially Notable Book in 2016. She is also editor of How We Get Free: Black Feminism and the Combahee River Collective, which won the Lambda Literary Award for LGBTQ nonfiction in 2018. Taylor is a scholar of racial inequality in public policy making and the various ways that Black communities have challenged or resisted these constraints. She writes extensively on race and politics, Black social movements and organizing, and radical activism and politics. Taylor is currently working on a project, tentatively titled, Morning in America or Black America’s Nightmare: Reaganism, Racism, and the Long Decade of the Nineteen Eighties, which will explore the persistence of racial inequality into the 1980s during the successive presidential terms of Ronald Reagan, despite claims of colorblind governance. Taylor is among the inaugural cohort of Freedom Scholars funded by the Marguerite Casey Foundation and Group Health Foundation. Taylor has been appointed as a Distinguished Lecturer for the Organization of American Historians by the Organization of American Historians. She was also named a Charles H. McIlwain University Preceptor at Princeton University from 2018-2021.

Roger Waters is an English songwriter, singer, bassist, and composer. In 1965, he co-founded the progressive rock band Pink Floyd.

Yanis Varoufakis is a Greek-Australian economist and politician. A former academic, he has been Secretary-General of MeRA25, a left-wing political party, since he founded it in 2018. A former member of Syriza, he served as Minister of Finance from January to July 2015 under Prime Minister Alexis Tsipras. 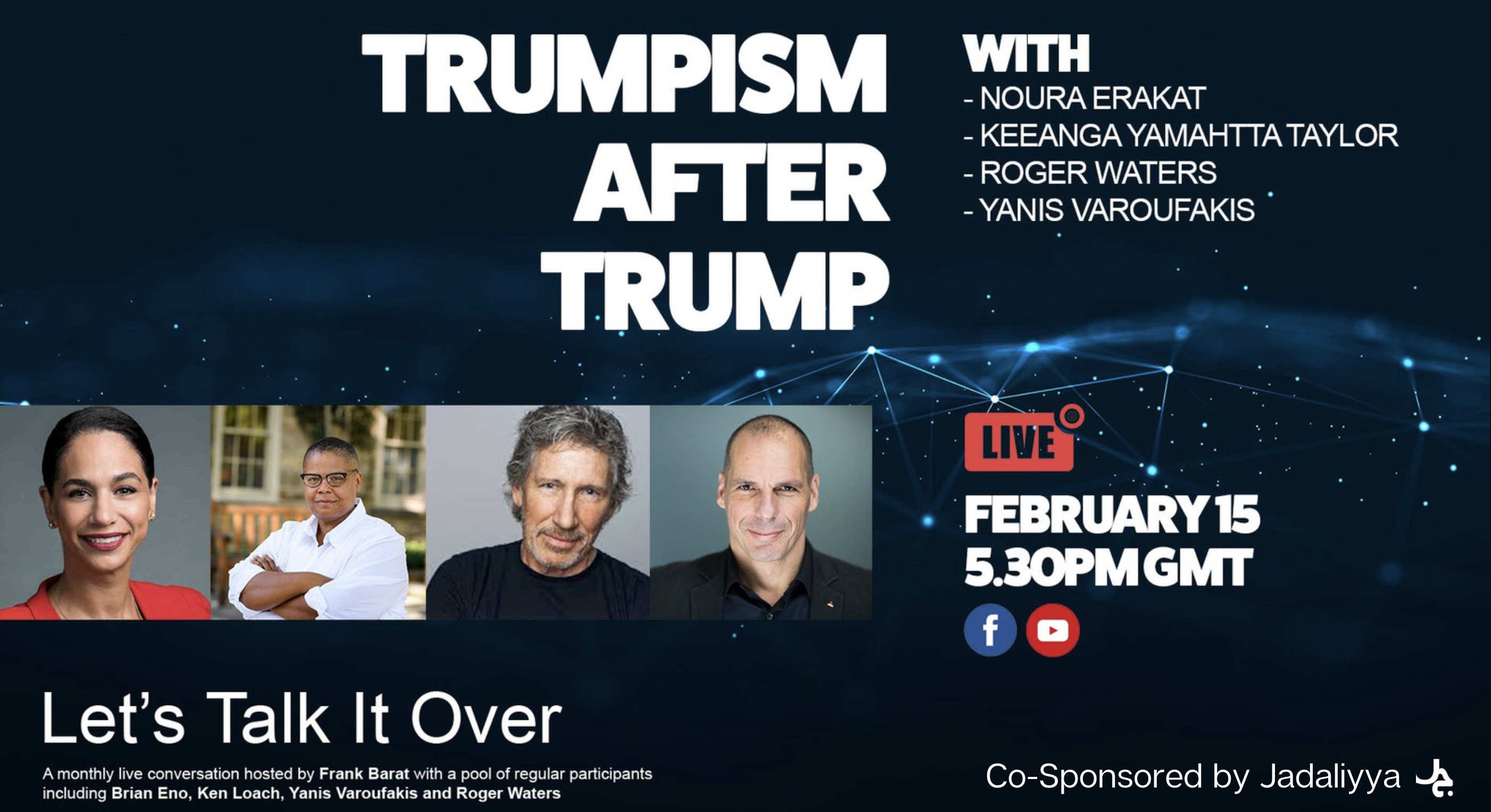