LIVE EVENT - From the Front Lines: A Conversation on Women's Rights in Morocco (12 March 2021)

From the Front Lines:
A Conversation on Women's Rights in Morocco

Join us for this special event on contemporary women’s rights, human rights, and press freedom in Morocco. The event, moderated by Jadaliyya co-editor Samia Errazzouki in both Arabic and English, features a panel of experts who approach the topic from a variety angles. It is designed to give an overall survey on the contemporary situation of the aforementioned topics as they relate to Morocco, providing insights into the country from the perspective of journalists, writers, lawyers, and activists who have challenged patriarchal state dynamics firsthand. Also among the speakers will be experts who work on a policy-level and have proposed recommendations which address the struggles featured in this event.

This will be a bi-lingual event, held in both Arabic and English. A readout translated into both languages will be published following the event. For any questions, contact mk@arabstudiesinstitute.org

This event is co-sponsored by Khmissa and Jadaliyya. 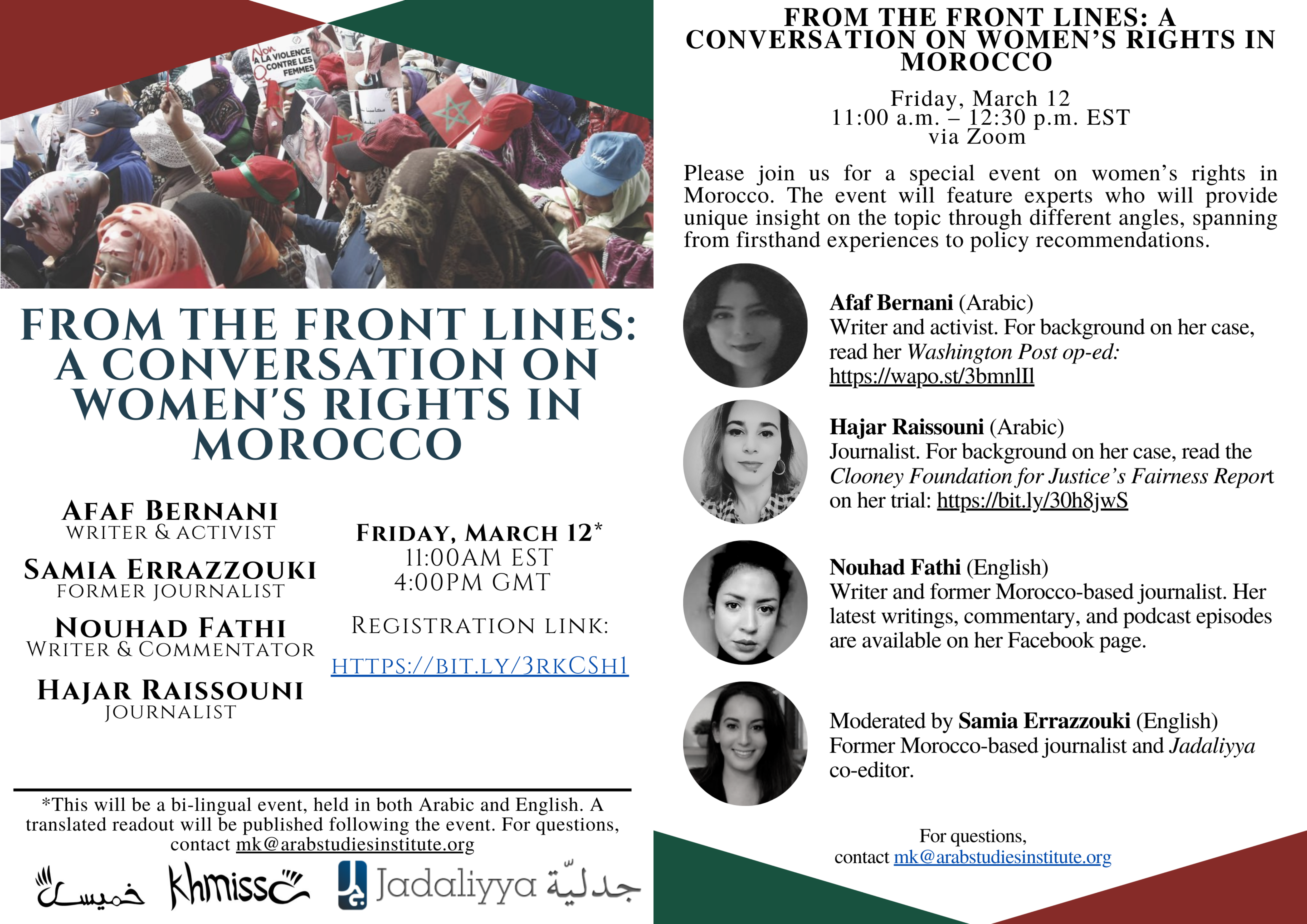