Organized by The Center for Contemporary Arab Studies at Georgetown University.

This is a scholarly panel organized to reflect on the project of Lebanon, its history, and its present from various topical and disciplinary perspectives. Panelists will share their particular expertise on Lebanon addressing continuities and key shifts during the last century of its existence as a state.

The panel is organized and moderated by Ziad Abu-Rish, Jadaliyya Co-Editor and American Druze Foundation Research Fellow at Georgetown and Co-Director of the MA Program in Human Rights and the Arts, and Visiting Associate Professor of Human Rights, at Bard College. 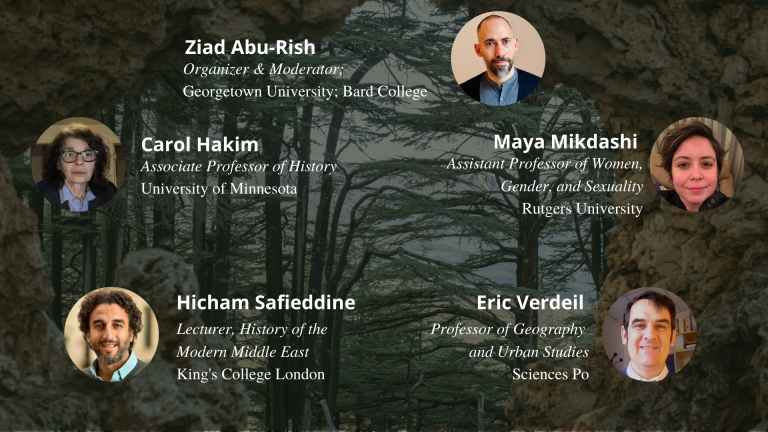 Carol Hakim is an Associate Professor of History at the University of Minnesota. She received her PhD in History from Oxford University. Her work focuses on political and economic development of the Arab world in the late 19th- and 20th-centuries, nationalism and intellectual history, and state formation, state-society relations, and authoritarianism in the Arab world. She is the author of The Origins of the Lebanese National Idea 1840-1920 (Berkeley: University of California Press, 2013).

Maya Mikdashi is an Assistant Professor at the Department of Women’s, Gender and Sexuality Studies and a lecturer in the program in Middle East Studies at Rutgers University, New Brunswick. She received her PhD from the Department of Anthropology at Columbia University, her MA in Arab Studies with a concentration in Politics from Georgetown University, and her BA in Film and Television from the Lebanese American University in Beirut. She is an interdisciplinary scholar of the state. Her book Sextarianism: Secularism, Power, and Sovereignty in Lebanon is forthcoming from Stanford University Press. Maya uses both archival and ethnographic research in her work, and is particularly interested in the everyday ways that people talk about, imagine, work within, challenge, and turn towards state power. She has been conducting research on the legal system in Lebanon for over ten years.Maya is a co-founding editor of Jadaliyya.com.

Hicham Safieddine is a Lecturer in the History of the Modern Middle East at King’s College London. He is author of Banking on the State: The Financial Foundations of Lebanon (Stanford University Press, 2019) and editor of Arab Marxism and National Liberation: Selected Writings of Mahdi Amel (Brill, 2020). Hicham holds a PhD in Middle East Studies from the University of Toronto, an MA in Political Science from York University, Canada, and an MA in Economics from The University of Rochester, New York. In addition to his academic research and teaching, he is the co-founder of e-zines Al-Akhbar English and The Legal Agenda’s English Edition online. His public writings have appeared in The Toronto Star, Al-Jazeera English, The Monthly Review, Le Monde Diplomatique, Al-Adaab, Middle East Eye, Egypt Independent, Assafir, Jadaliyya, and Al-Ahram Weekly.

This event is made possible thanks to a Title VI grant from the U.S. Department of Education for Georgetown University as a National Resource Center for the Middle East and North Africa. Please note this event will be recorded and by joining you grant Georgetown University permission to include any photo or video taken of you during the event in our publications. Please contact CCAS Events Coordinator, Maddie Fisher (maddie.fisher@georgetown.edu) with any questions. For accommodation requests (such as closed captioning) due to a disability or medical condition, please email maddie.fisher@georgetown.edu by March 15. A good-faith effort will be made to fulfill requests after March 15. 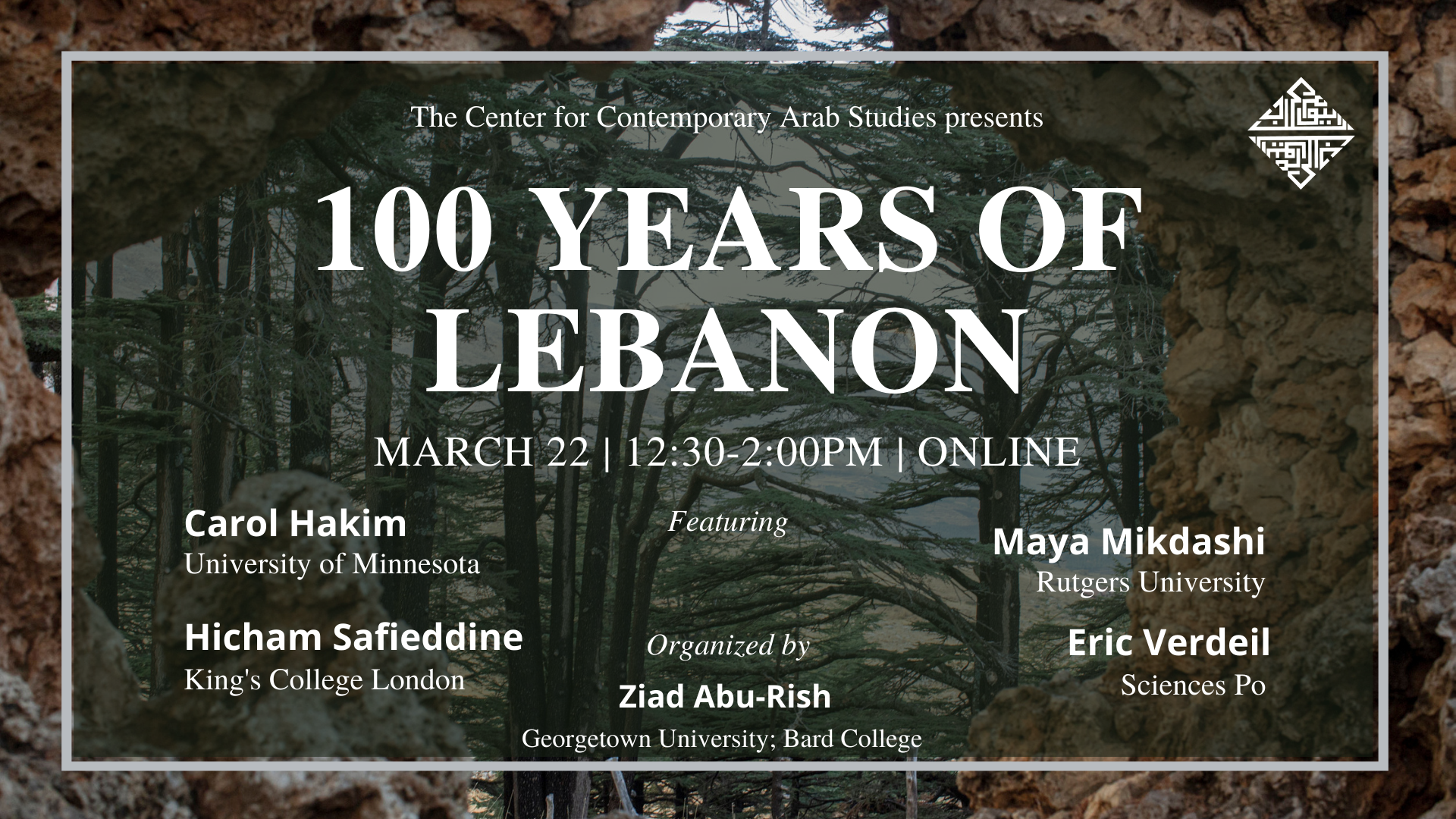