Archives and the Built Environment in Saudi Arabia 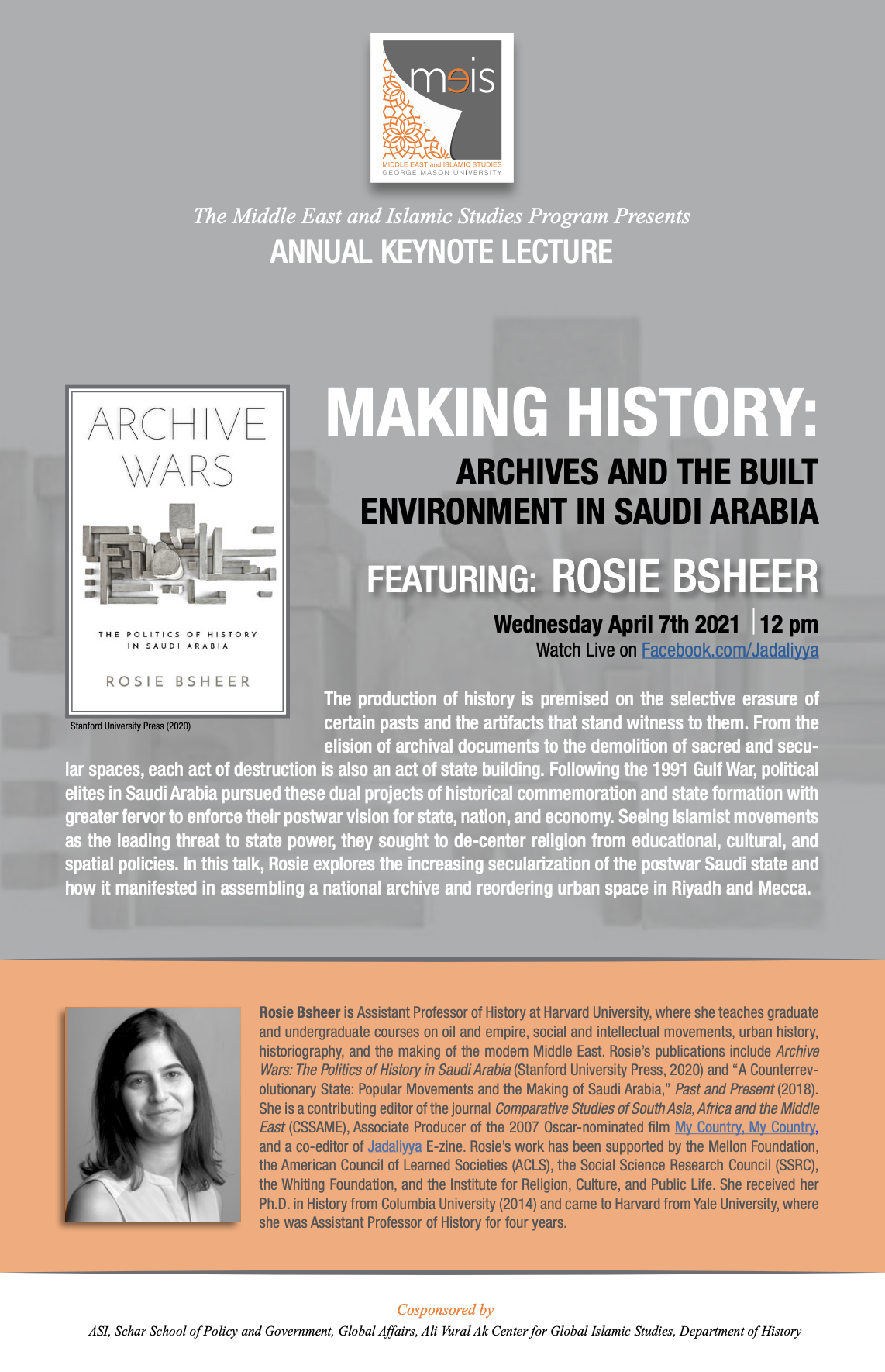 Presented by: The Middle East and Islamic Studies Program at George Mason University

The production of history is premised on the selective erasure of certain pasts and the artifacts that stand witness to them. From the elision of archival documents to the demolition of sacred and secular spaces, each act of destruction is also an act of state building. Following the 1991 Gulf War, political elites in Saudi Arabia pursued these dual projects of historical commemoration and state formation with greater fervor to enforce their postwar vision for state, nation, and economy. Seeing Islamist movements as the leading threat to state power, they sought to de-center religion from educational, cultural, and spatial policies. In this talk, Jadaliyya co-editor Rosie Bsheer explores the increasing secularization of the postwar Saudi state and how it manifested in assembling a national archive and reordering urban space in Riyadh and Mecca.

Rosie Bsheer is Assistant Professor of History at Harvard University, where she teaches graduate and undergraduate courses on oil and empire, social and intellectual movements, urban history, historiography, and the making of the modern Middle East. Rosie’s publications include Archive Wars: The Politics of History in Saudi Arabia (Stanford University Press, 2020) and “A Counterrevolutionary State: Popular Movements and the Making of Saudi Arabia,” Past and Present(2018). She is a contributing editor of the journal Comparative Studies of South Asia, Africa and the Middle East (CSSAME), Associate Producer of the 2007 Oscar-nominated film My Country, My Country, and a co-editor of Jadaliyya E-zine. Rosie’s work has been supported by the Mellon Foundation, the American Council of Learned Societies (ACLS), the Social Science Research Council (SSRC), the Whiting Foundation, and the Institute for Religion, Culture, and Public Life. She received her Ph.D. in Historyfrom Columbia University (2014) and came to Harvard from Yale University, where she was Assistant Professor of History for four years.