Reevaluation or Retreat?
How a Biden Administration will Approach Israel/Palestine

Yousef Munayyer is an Adjunct Professor at George Mason University. His research interests are in repression and dissent dynamics, state/civil society relations, decision making in foreign policy, and Israel/Palestine. He has published in both mainstream media and policy and academic journals on these topics. Munayyer received his Ph.D. in Government and Politics from the University of Maryland in 2015, concentrated on comparative politics and international law. 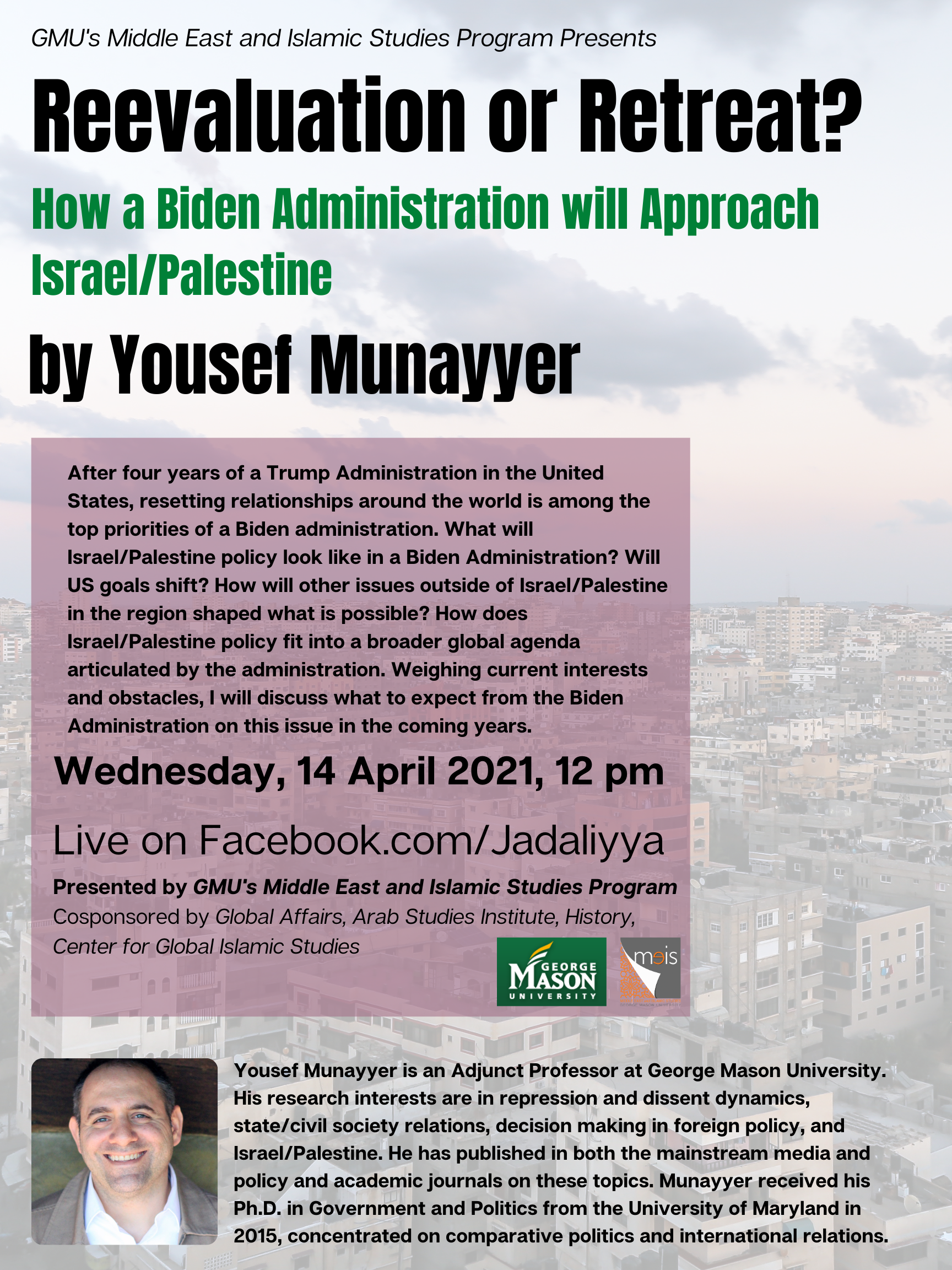