LIVE EVENT - 'Shattered Beirut 6.07' and Other Short Films by Carol Mansour (6 May)

and other short films by
Award Winning Filmmaker Carol Mansour

Two months after the massive explosion that devastated Beirut, the inhabitants of the city are still reeling from the force of the blast and the accumulated evil they have been subjected to for decades. Carol Mansour explored her city in the aftermath of the blast, talking to friends and exchanging reflections on what has happened and its implications on them, in candid unscripted voice note messages. Feelings of helplessness, frustration and overwhelming anger at the political class, permeate this short film as we are taken on a tour of the destruction of homes, livelihoods and lives.

Carol Mansour is an independent documentary film maker. She founded Forward Film Production in 2000. With over 30 years in documentary production, Mansour has covered the world from Sri Lanka to Lebanon to Uzbekistan, receiving international recognition and honor for her films, which reflect her concern for human rights and social justice. Her films tackle issues of forced displacement and refugee rights, migrant workers, mental health, war and memory, child labor, and women’s rights. Carol’s films have won numerous prestigious awards with over one hundred film festival screenings and official selections worldwide. 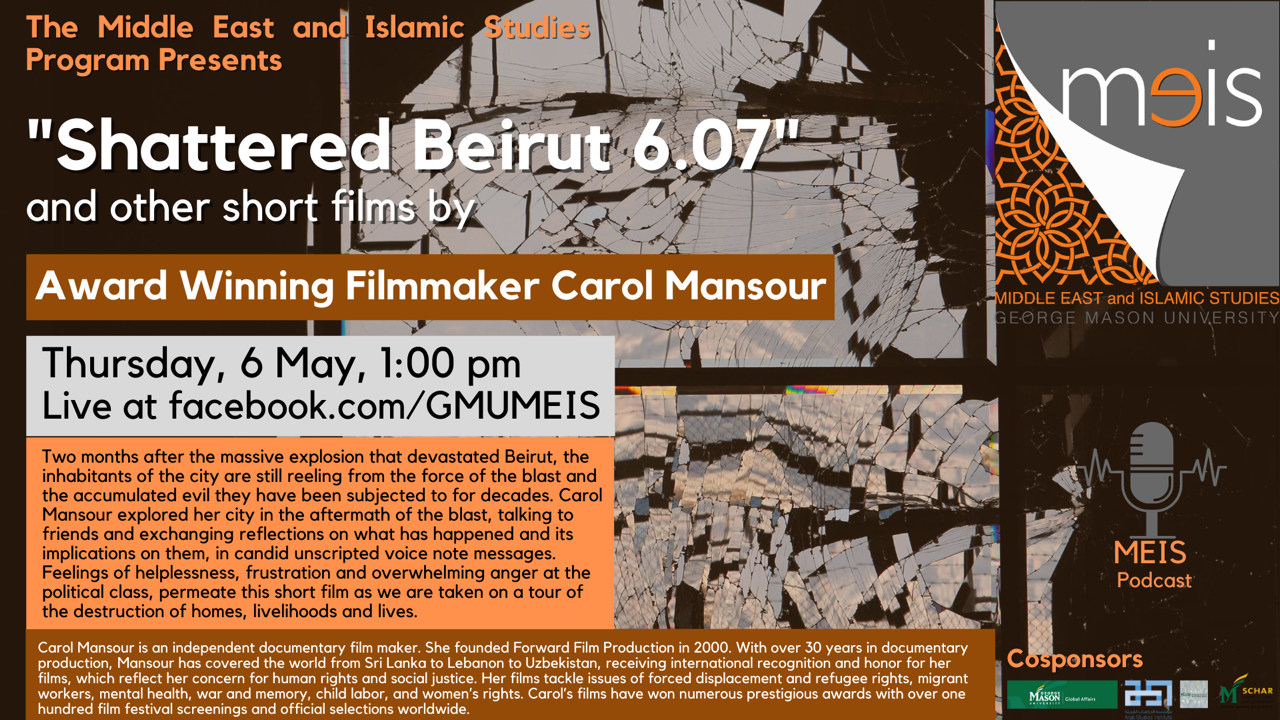