On Wednesday, 4 May Jadaliyya Syria Page co-editor Samer Abboud discusses the war economy in Syria and its relationship to the post-war reconstruction efforts in the country. As the war that has devastated the country for the past ten years begins to die down, Abboud speaks on the form that local and national reconstruction projects may take by considering the goals, investments, and contradictions of such projects in the context of the war economy that has become an established feature of Syria. 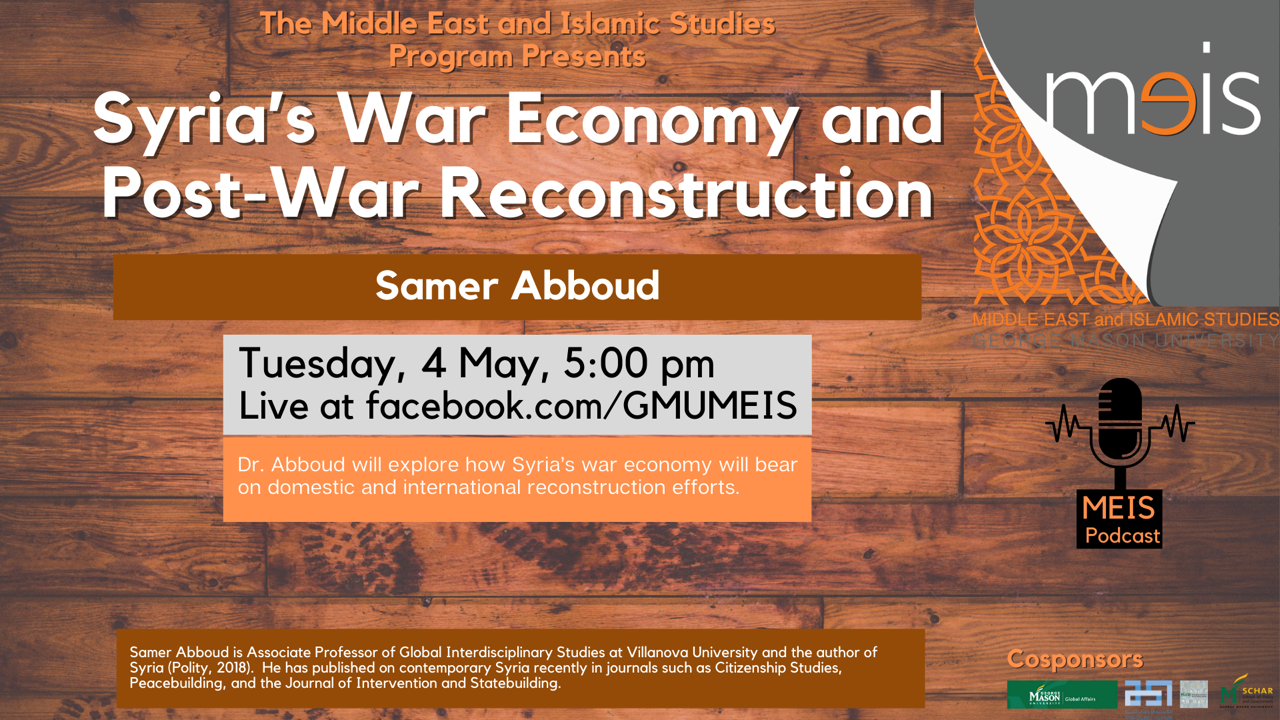