Join us on Wednesday, 12 May for a conversation with Norman Finkelstein hosted by Jadaliyya co-editor Mouin Rabbani about Israeli apartheid. This episode of Connections Podcast will discuss the recent Human Rights Watch Report A Threshold Crossed: Israeli Authorities and the Crimes of Apartheid and Persecution, its political context, and potential implications. 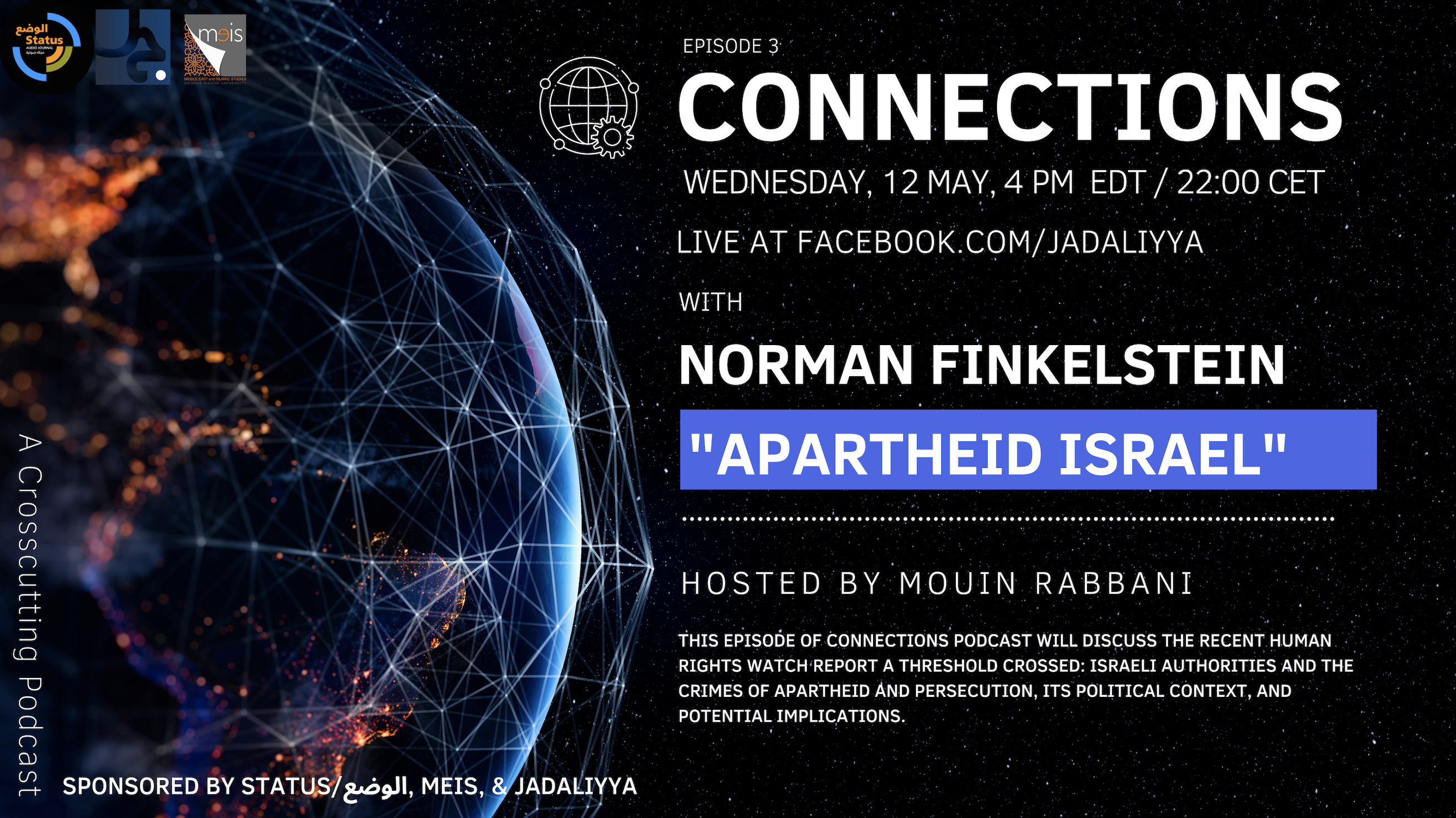