Join Palestinian activists and scholars from across Palestine and in the United States and the Netherlands for a discussion on the developing situation on the ground in Palestine, as well as the opportunities and challenges of transnational mobilization and resistance to the current unfolding developments.

Click here and here to watch Jadaliyya Co-Editor Noura Erakat place the protests mobilizing around the ongoing developments of Sheikh Jarrah in context as she dispels prevailing Israeli talking points. 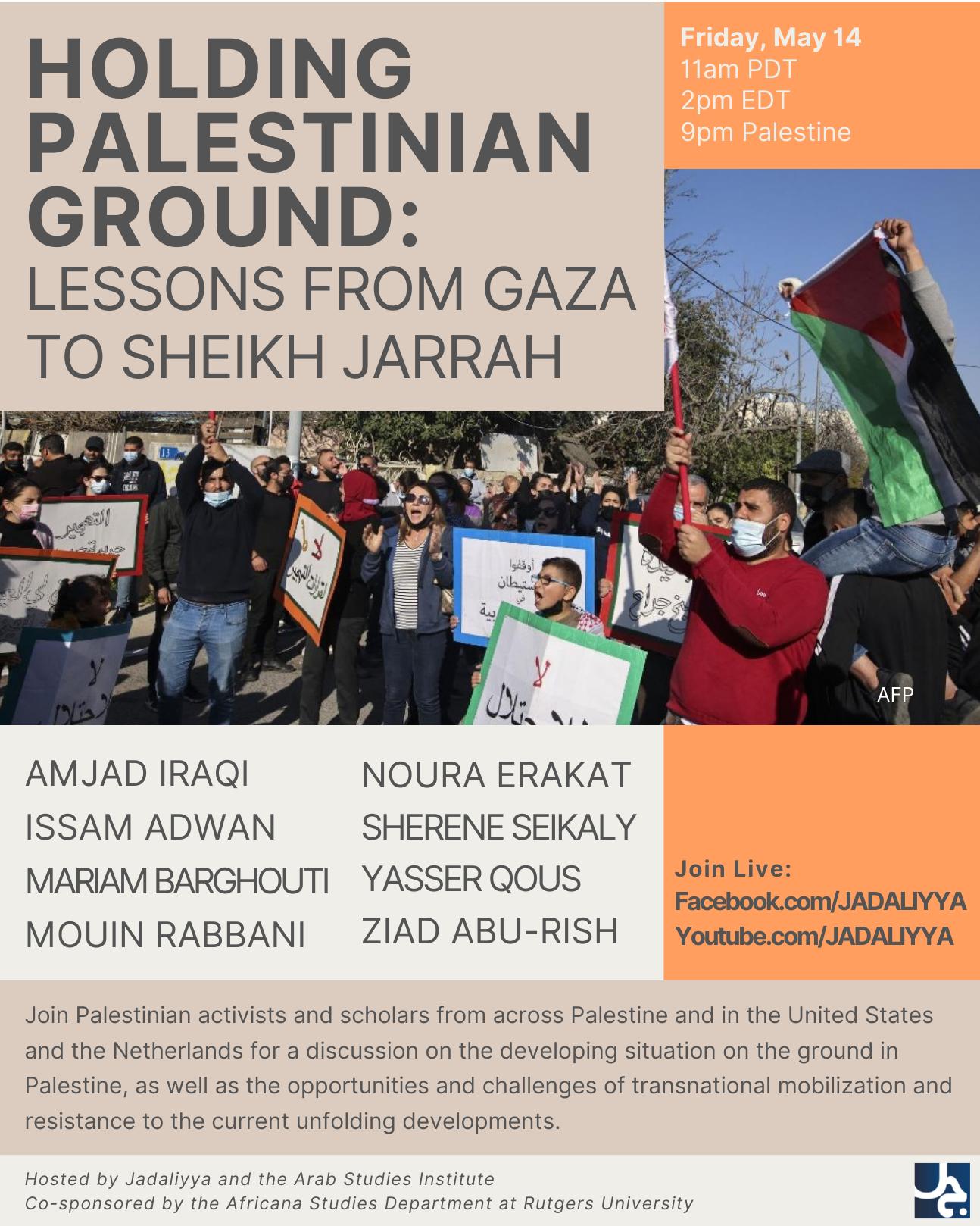