Political Economy Summer Institute 2021 Keynote: A Conversation on 'Palestine Is Throwing a Party and the Whole World Is Invited: Capital and State Building in the West Bank' (5 June)

"Palestine Is Throwing a Party and the Whole World Is Invited: Capital and State Building in the West Bank"

A Conversation with Kareem Rabie

Co-Sponsored by the Middle East and Islamic Studies Program

Jadaliyya co-editor Sherene Seikaly will lead a conversation with Kareem Rabie about his new book Palestine Is Throwing a Party and the Whole World Is Invited: Capital and State Building in the West Bank, followed by a Q&A session with the audience. Purchase with 30% off coupon E21RABIE from Duke University Press.

Kareem Rabie is Assistant Professor of Anthropology at American University in Washington, DC. He studies privatization, urban development, and the state-building project in the West Bank. His first book, Palestine is Throwing a Party and the Whole World is Invited came out mid-May from Duke University Press. While on research leave in 2021, Kareem will be a visiting fellow at CUNY’s Center for Place, Culture, and Politics; and Committee on Globalization and Social Change. Previously he was Harper-Schmidt Fellow at the University of Chicago and Marie Curie Fellow/Senior Researcher at the Centre on Migration, Policy, and Society (COMPAS) at the University of Oxford. 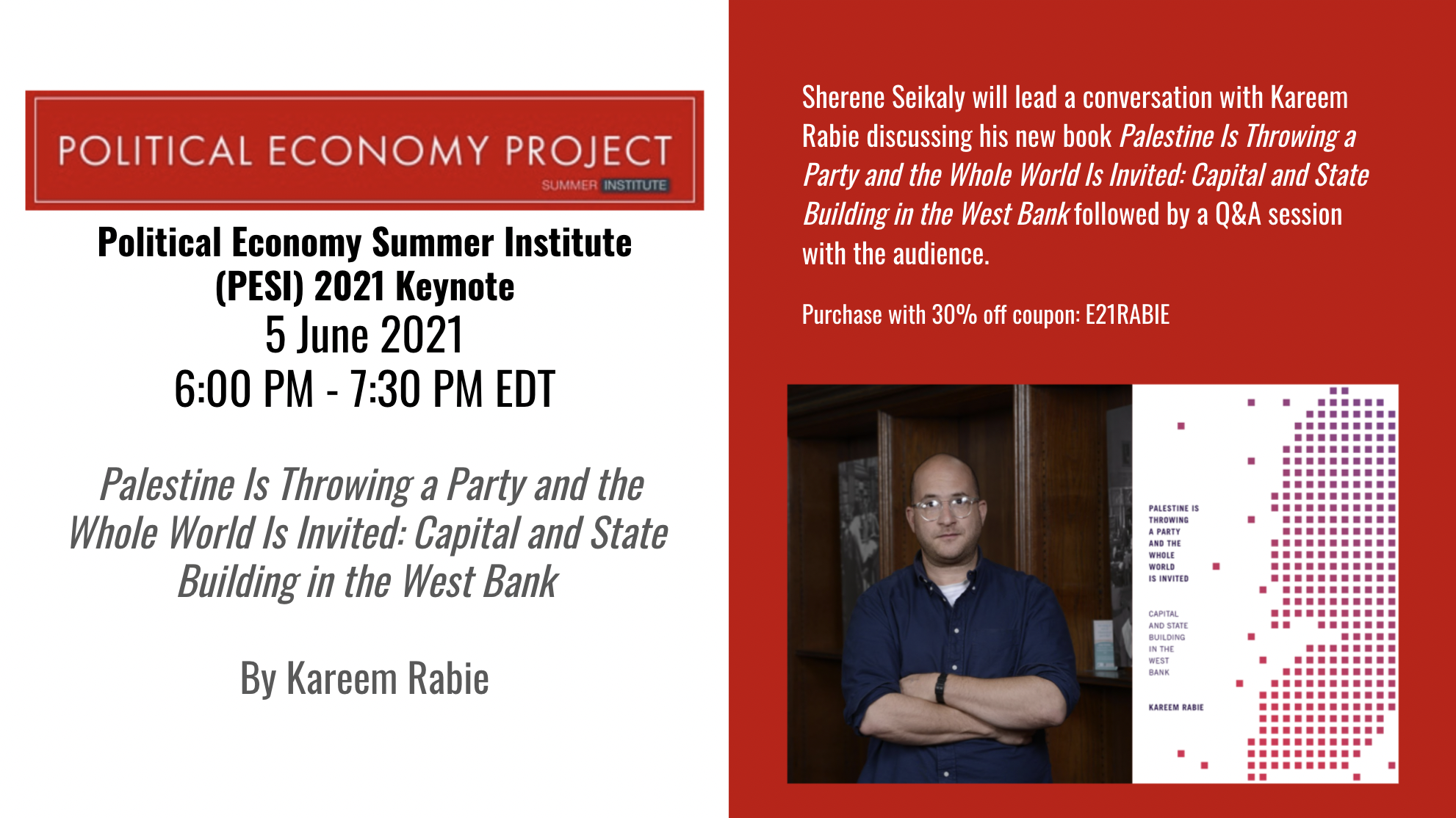