Technologies of Power: Tracing Empire at Home and Abroad is a retrospective that begins on the 20th anniversary of the 'war on terror.' Our website and our Twitter: @techofpower. The first event is on 9/10 and then 12-1:30 est every other Friday.

This year, as the US surpasses half a million deaths from the COVID-19 pandemic and domestic fascists attempt a coup, the country will also mark the 20th anniversary of the US-led Global War on Terror. How did global and national politics coalesce into this present?

Through the work of scholars, writers and activists, Technologies of Power: Tracing Empire at Home and Abroad explores how technologies of power and empire have shaped multiple terrains domestically and transnationally. The wars ‘over there’ have a lot to tell us about struggles ‘over here’— and vice versa.

From imperial projects that devastated entire regions in South Asia, the Middle East, and Africa to the domestic expansion of explicit white supremacy, surveillance, and policing, US technologies of power have generated a multidirectional and dialectical relationship between foreign wars and domestic issues.

Funded by the Humanities War & Peace Initiative Grant at Columbia University, Technologies of Power will encourage intersectional conversations on race, empire, technologies, and policing that break the boundaries between ‘foreign’ and ‘domestic,’ ‘abroad’ and ‘home,’ ‘technology’ and ‘power.’ 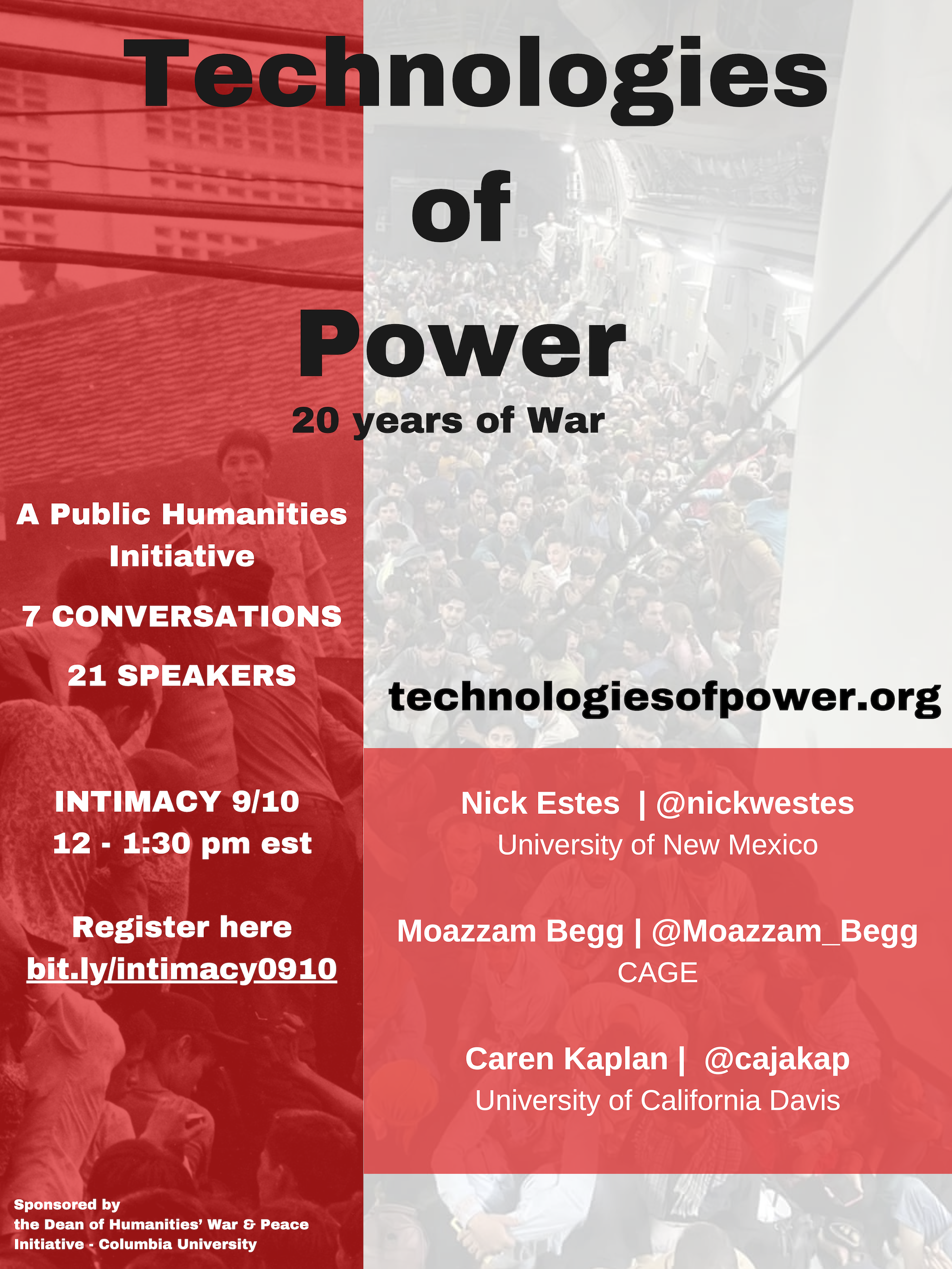