'Ajib and Gharib: Coptic Icons in Their Islamic Context (12 October)

Coptic Icons in Their Islamic Context

Join the Center for Middle East Studies at UCSB this upcoming Tuesday, 12 October at 5:00 PM PST as we launch our CMES Spotlight Series
We are honored to be featuring our first speaker: Professor Heather Badamo (Art and Architecture, UCSB) and her discussant Reem Taha (PhD Candidate, Comparative Literature,UCSB). Professor Badamo investigates how Islamic concepts of wonder mediated Christian-Muslim encounters vis-a-vis the medium of sacred images. For Muslims, wonder traditions provided a means to apprehend the foreign images as signs of the Islamic god at work on earth. In the hands of Christians, wonder offered a way to legitimize the use of sacred images and shore up the faith. By considering how the concept of wonder was both transformative and transformed, this paper implicitly argues for rethinking the disciplinary boundaries that separate the study of Islamic and Christian art of premodern Egypt.

Focusing on icons, Badamo investigates how the Islamic concept of wonder was a transformative force in the Christian-Muslim encounter in medieval Egypt. By considering how both faiths employed the concept to mediate cross-cultural relationships, it demonstrates the co-constitution of Islamic and Coptic intellectual cultures, implicitly arguing for rethinking disciplinary boundaries that separate the two cultures.

Heather Badamo specializes in the arts of Byzantium and the East Christian world. Her research focuses on the intersection of Christian and Islamic visual culture, in particular the circulation of objects across the frontier zones of the eastern Mediterranean, with the related dissemination and transformation of artistic forms, ideas, and beliefs. Primary academic interests include theories of cultural exchange, philosophies of religious violence, art in war, and visual strategies for communal self-fashioning. Other interests are medieval image theory and the urban development of Cairo. She conducts research in Egypt, Lebanon, Syria, Georgia, and Turkey. 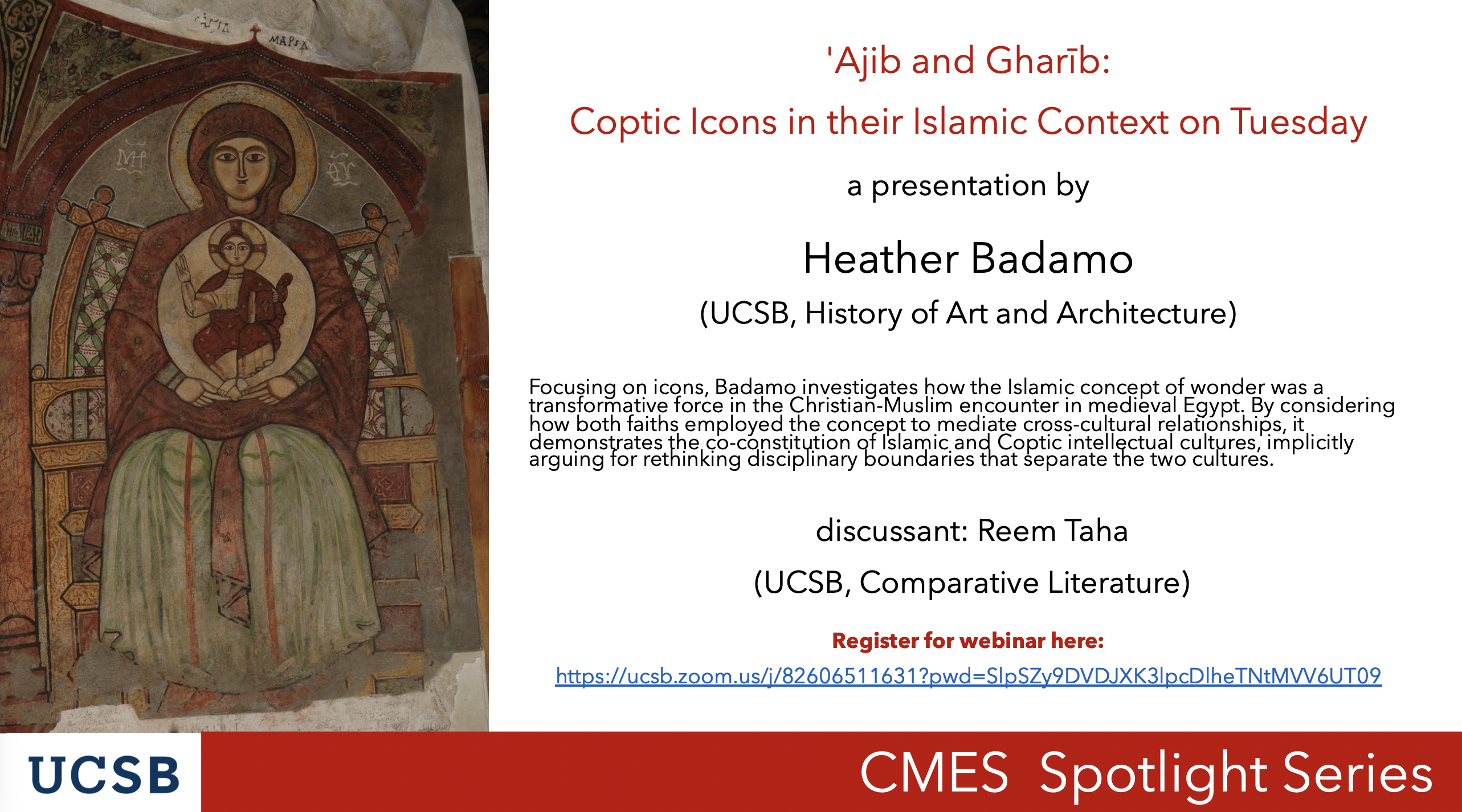