Security in Context: Book Discussion of “The American Way: Stories of Invasion?” (21 January)

Book Discussion of
“The American Way: Stories of Invasion?”

This anthology explores the human cost of the many interventions on foreign soil, with stories by writers from affected countries- covering everything from torture in Abu Ghraib, to coups and counterrevolutionary wars in Latin America and all-out invasions in the Middle and Far East. Alongside testimonies from expert historians and ground-breaking journalists, these stories present a history that too many of us in the West pretend never happened.

Orsola Casagrande, Journalist and Co-Editor of "The American Way"

Ra Page, Director of Comma Press and Co-Editor of "The American Way' 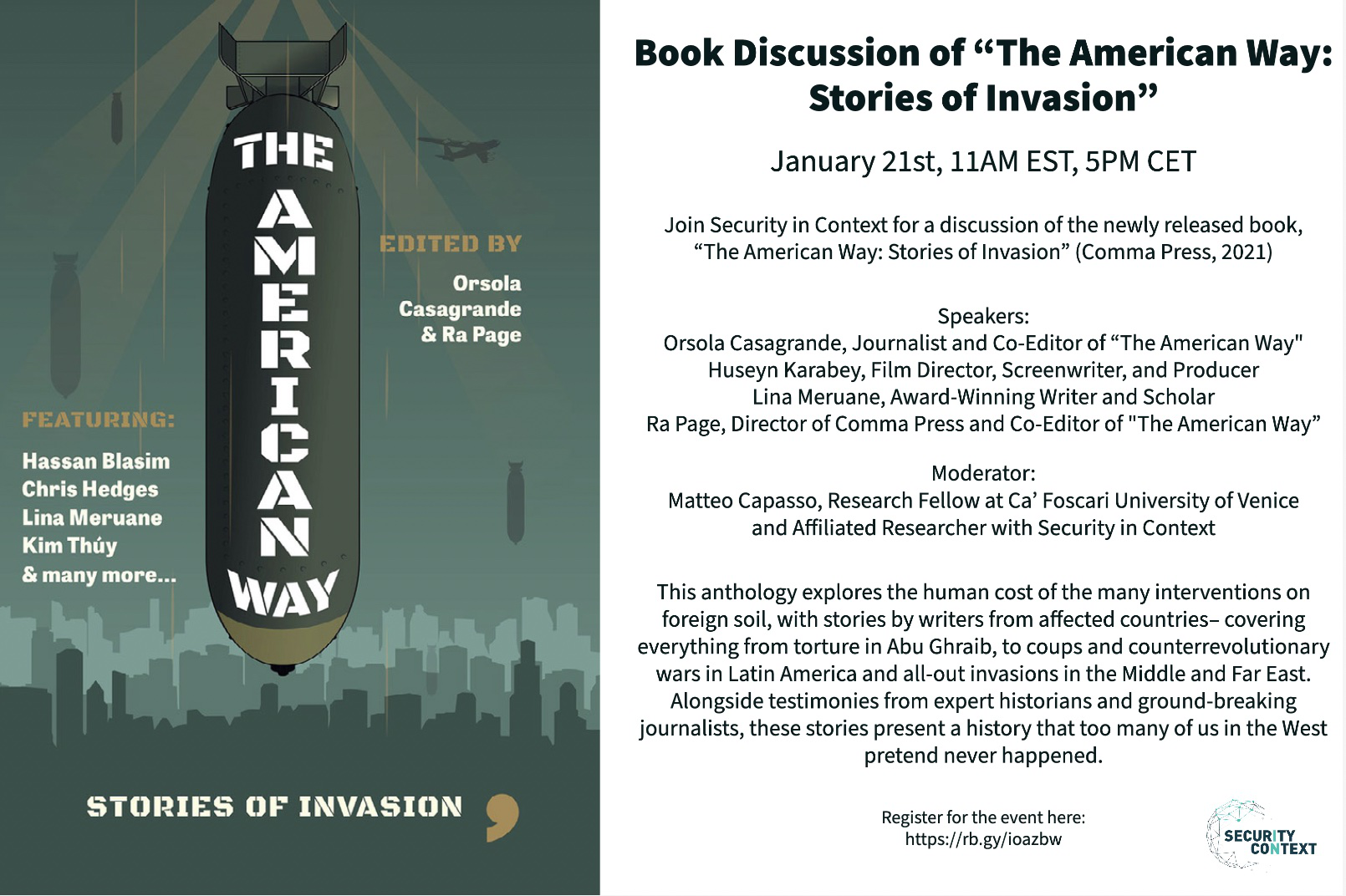