In this episode of Search Files, Ahmad Barclay discusses the role of open source data and mapping on Palestine studies, and the project's contribution to cartographic research and analysis more generally. Girish Daswani speaks about his research on what it means to decolonize anthropology and how that work appears in the classroom.

To read Daswani’s writing on the topics discussed during the episode, take a look at the links below:

The (Im)Possibility of Decolonizing Anthropology

Who is the University For?: On Donor Culture and Occlusion in Academia

On the Whiteness of Academia

On the Whiteness of Anthropology

Teaching the Intersection Between Classics: Anthropology and Colonialism in 2020

Decolonizing the Classroom: A Conversation with Girish Daswani

To access Palestine Open Maps visit palopenmaps.org, and to learn more about the relationship between mapping, erasure, and Palestine, read Barclay’s article on The Funambulist.

As Barclay mentioned, there have been several projects built off of the Palestine Open Maps initiative, to view those click the links below:

Girish Daswani (he/him) is an Associate Professor of Anthropology at the University of Toronto, which is part of the Dish with One Spoon Wampum Belt Covenant and home to many Indigenous peoples included the Wendat, the Seneca, and the Mississauguas of the Credit. He is  currently working on activist, artistic, and religious responses to political corruption in Ghana. His public facing work has explored the ways in which colonialism, Orientalism, and imperialism have impacted, and are still impacting popular politics, the University, and the field of Anthropology.
Ahmad Barclay is an architect and UX designer engaged in projects involving data visualization, visual storytelling and learning through play. He has led award winning infographics projects as a partner with Visualizing Impact, initiated the open data project Palestine Open Maps, contributed to a variety of publications, and facilitated courses and workshops based on his practices in Beirut, London, Lisbon, Amman and Bangalore. Ahmad is presently leading data visualization work for the 2021 Census at the Office for National Statistics (UK).

Bassam Haddad is Director of the Middle East and Islamic Studies Program and Associate Professor at the Schar School of Policy and Government at George Mason University. He is the author of Business Networks in Syria: The Political Economy of Authoritarian Resilience (Stanford University Press, 2011) and co-editor of A Critical Political Economy of the Middle East (Stanford University Press, 2021). Bassam is Co-Founder/Editor of Jadaliyya Ezine and Executive Director of the Arab Studies Institute. He serves as Founding Editor of the Arab Studies Journal and the Knowledge Production Project. He is co-producer/director of the award-winning documentary film, About Baghdad, and director of the acclaimed series Arabs and Terrorism. Bassam serves on the Board of the Arab Council for the Social Sciences and is Executive Producer of Status Audio Magazine and Director of the Middle East Studies Pedagogy Initiative (MESPI). He received MESA's Jere L. Bacharach Service Award in 2017 for his service to the profession. Currently, Bassam is working on his second Syria book titled Understanding The Syrian Tragedy: Regime, Opposition, Outsiders (forthcoming, Stanford University Press).
Mekarem Eljamal is a doctoral student of urban planning at Columbia University’s Graduate School of Architecture, Planning, and Preservation. Her current research looks at de- and re-territorialization processes across “mixed-cities” within Israel. She received dual Masters degrees in Middle Eastern and North African Studies and Urban and Regional Planning from the University of Michigan. She has worked as the Title VI grant coordinator for the University of Michigan International Institute. Eljamal is currently the managing editor for the Middle East Studies Pedagogy Initiative of the Arab Studies Institute and an affiliate editor for History@Work, the blog for the National Council on Public History. 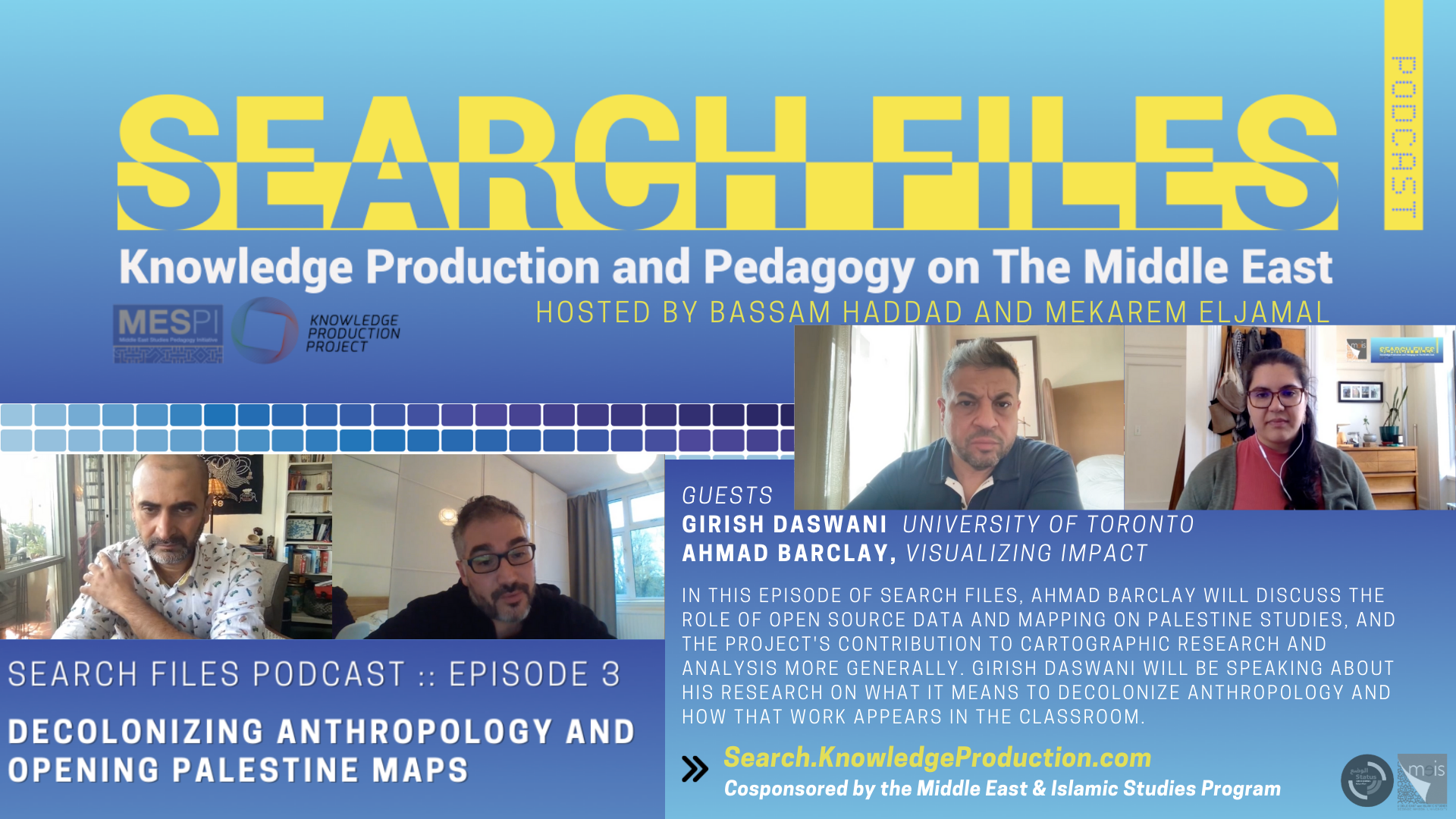