War silences academic freedom. Scholars are being uprooted once again as the war in Ukraine escalates. New University in Exile Consortium fellow scholars from Ukraine, Syria, and Manipur, India will reflect on the irreversible damage caused by war and conflict on academic freedom both in their home countries and in their exile-homes. This event is organized by the Freedom Project. 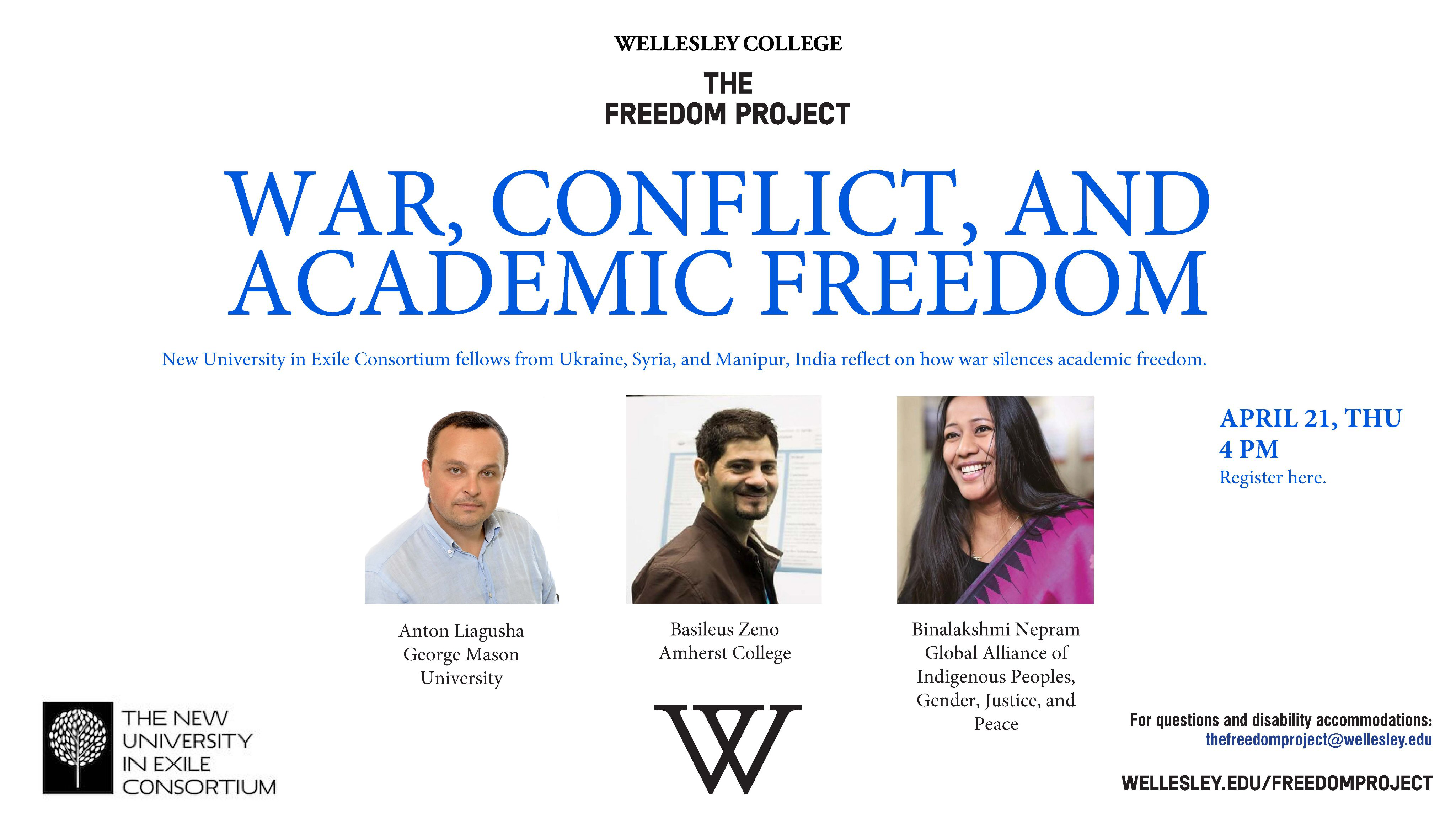