In Episode 7 of the Real Football Podcast, our hosts discussed the potential winners, failures, and ceilings of the 2022 World Cup field including the last hurrahs of Messi's Argentina and Ronaldo's Portugal. Also covered is the enigma of France, whether host nation Qatar, Gareth Bale or Christian Pulisic is under more pressure to deliver a knockout round appearance and whether "it's coming home". Non-World Cup topics include Barcelona's transfer madness and how they will perform in 2022-2023, Mbappe spurning Madrid, and Tottenham Hotspur making one of our hosts physically sick. 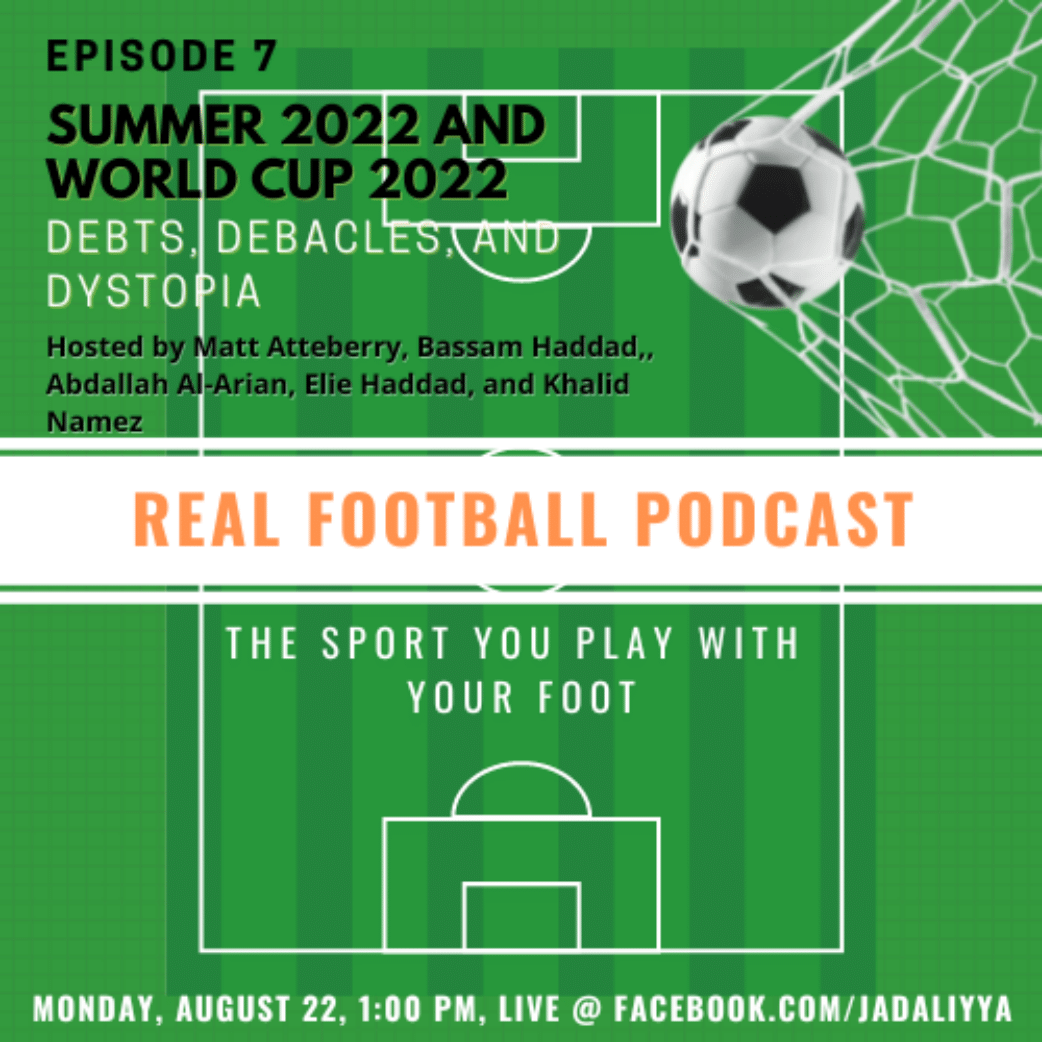 Matthew Atteberry is an alumnus of George Mason University working in administration. He graduated with his masters in 2018 and in addition to his current line of work has also conducted data administration in construction.

Abdullah Al-Arian is an associate professor of history at Georgetown University`s School of Foreign Service in Qatar and the author of Answering the Call: Popular Islamic Activism in Sadat`s Egypt (Oxford, 2014). During the fall of 2014, he was also a Visiting Scholar at the Center for Middle East Studies at the Josef Korbel School of International Studies at the University of Denver. He is co-editor of Jadaliyya`s Critical Currents in Islam page.

Khalid Namez is an experienced IT professional and provides technical guidance and support to the Arab Studies Institute.