Cosponsored by the Arab Studies Institute and Mercatus Center

Narendra Modi has been India's Prime Minister for eight years and in this period, almost every metric of consequence for its people – political, social, economic and cultural – has worsened, often sharply. What happens next?

Siddharth Varadarajan is Founding-Editor of The Wire. Started in 2015, The Wire is India's largest independent digital news and analysis platform with a reputation for investigative reporting and incisive coverage of events in India. In 2021, The Wire received the Free Media Pioneer Award from the International Press Institute in Vienna. Varadarajan was earlier Editor of The Hindu, a newspaper that has the second-highest circulation among India's English dailies. As a reporter, he has covered nuclear issues, NATO's intervention in Yugoslavia as well as the conflict in Kashmir and the destruction of Afghanistan’s pre-Islamic heritage by the Taliban. He is the author of the book, Gujarat: The Making of a Tragedy (Penguin, 2002) and co-author of Non-Alignment 2.0: A Foreign and Strategic Policy for India in the 21st Century (Penguin, 2013). Varadarajan has taught at the Graduate School of Journalism, University of California, Berkeley. 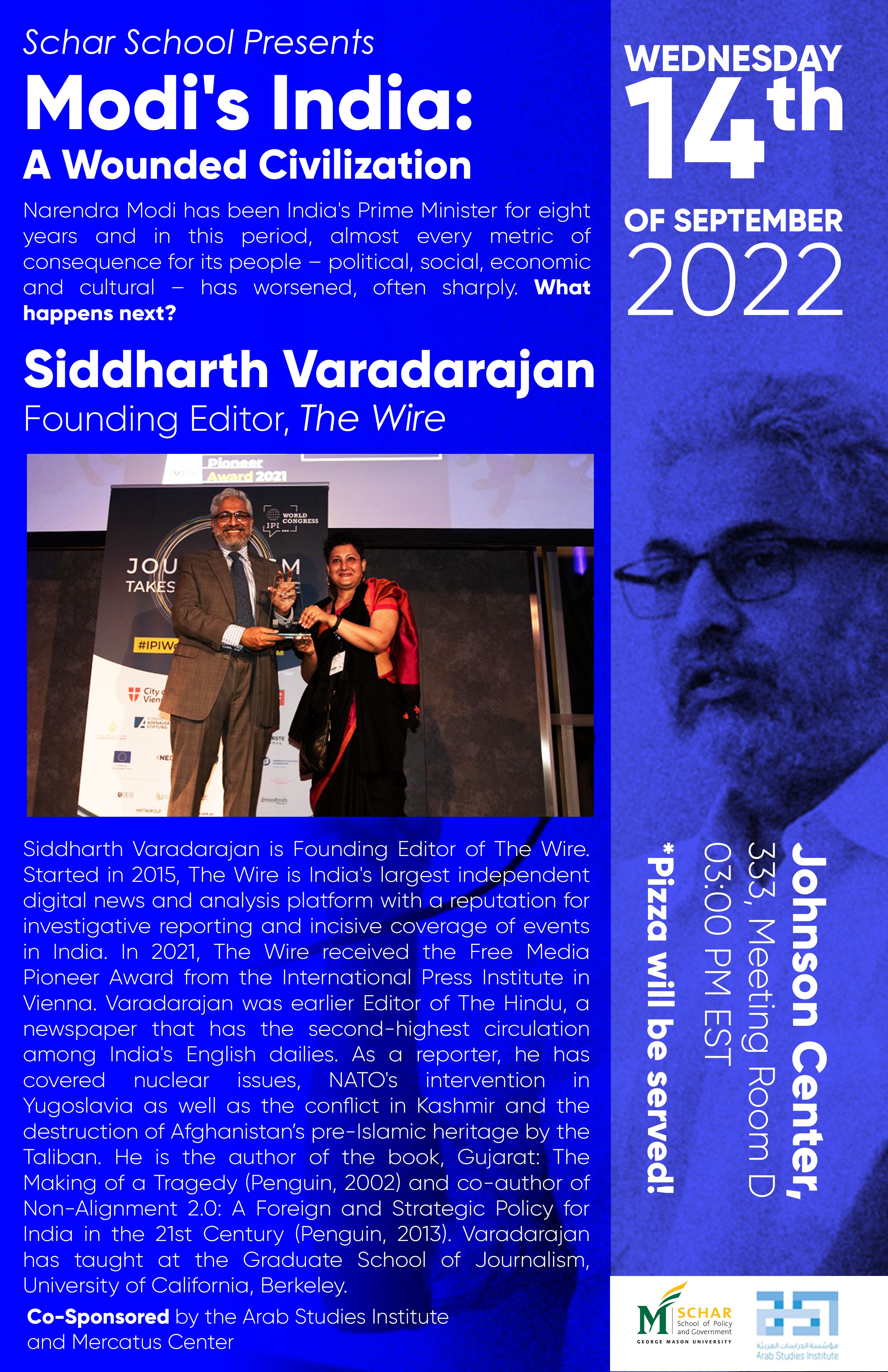