Football in the Middle East: State, Society, and the Beautiful Game with Abdullah Al-Arian (29 September)

Football in the Middle East:

State, Society, and the Beautiful Game

Far and away the most popular sport in the world, football has a special place in Middle Eastern societies, and for Middle Eastern states. With Qatar hosting the 2022 FIFA World Cup, this region has been cast into the global footballing spotlight, raising issues of geopolitical competition, consumer culture and social justice. Taking an interdisciplinary approach, this talk examines the complex questions raised by the phenomenon of football as a significant cultural force in the Middle East, as well as its linkages to broader political and socioeconomic processes.

The establishment of football as a national sport offers significant insight into the region's historical experiences with colonialism and struggles for independence, as well as the sport's vital role in local and regional politics today-whether at the forefront of popular mobilizations, or as an instrument of authoritarian control. Football has also served as an arena of contestation in the formation of national identity, the struggle for gender equality, and the development of the media landscape. The twelve contributions to this volume draw on extensive engagement with the existing body of literature, and introduce original research questions that promise to open new directions for the study of football in the Middle East. 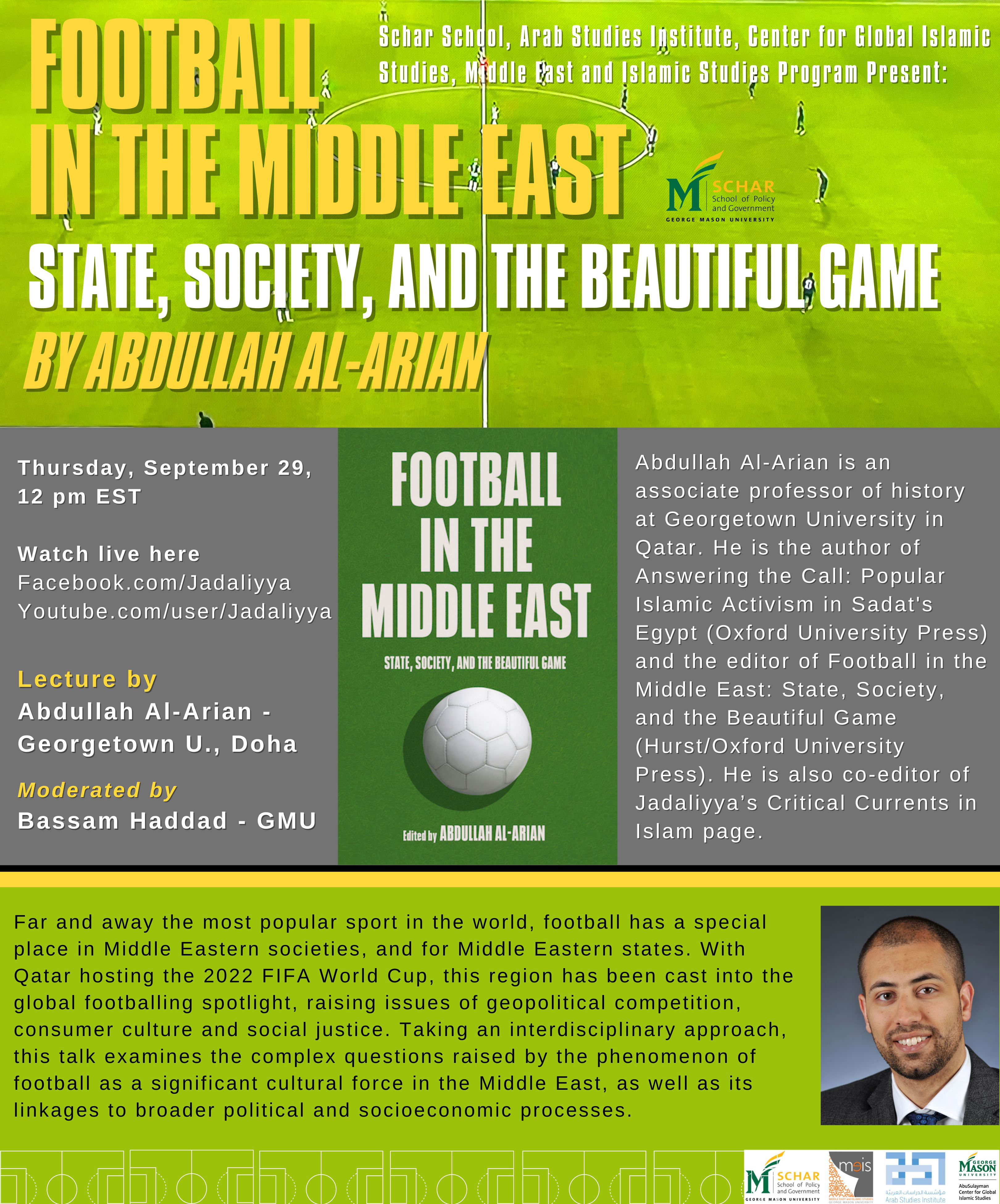 Abdullah Al-Arian is an associate professor of history at Georgetown University in Qatar. He is the author of Answering the Call: Popular Islamic Activism in Sadat's Egypt (Oxford University Press) and the editor of Football in the Middle East: State, Society, and the Beautiful Game (Hurst/Oxford University Press). He is also co-editor of Jadaliyya’s Critical Currents in Islam page.