Islam and Racial Capitalism in Algeria

This is a conversation with Muriam Haleh Davis about her new book, Markets of Civilization: Islam and Racial Capitalism in Algeria (Duke University Press, 2022). In this talk, Davis discusses how the framework of racial capitalism might be expanded to reflect on the history of the French empire in North Africa, as well as the porous boundaries between race and religion in colonial (and post-colonial) Algeria.

Muriam Haleh Davis is associate professor in the department of History at UC Santa Cruz. She is a scholar of race, development, and the social sciences in North AfricaHer recent book, Markets of Civilization: Islam and Racial Capitalism in Algeria, was published by Duke University Press in September 2022. She has also co-edited North Africa and the Making of Europe: Governance, Institutions, and Culture, which was published by Bloomsbury Press in 2018. She published in Journal of Modern Intellectual History, Middle East Critique, the Journal of Contemporary History, Lateral, and 20 et 21: Revue d'histoire. She has also authored pieces for Al Jazeera English, Public Books, and Truth Out. She is on the editorial board of MERIP (Middle East Research and Information Project) and works with the Maghreb Page for Jadaliyya as a co-editor. 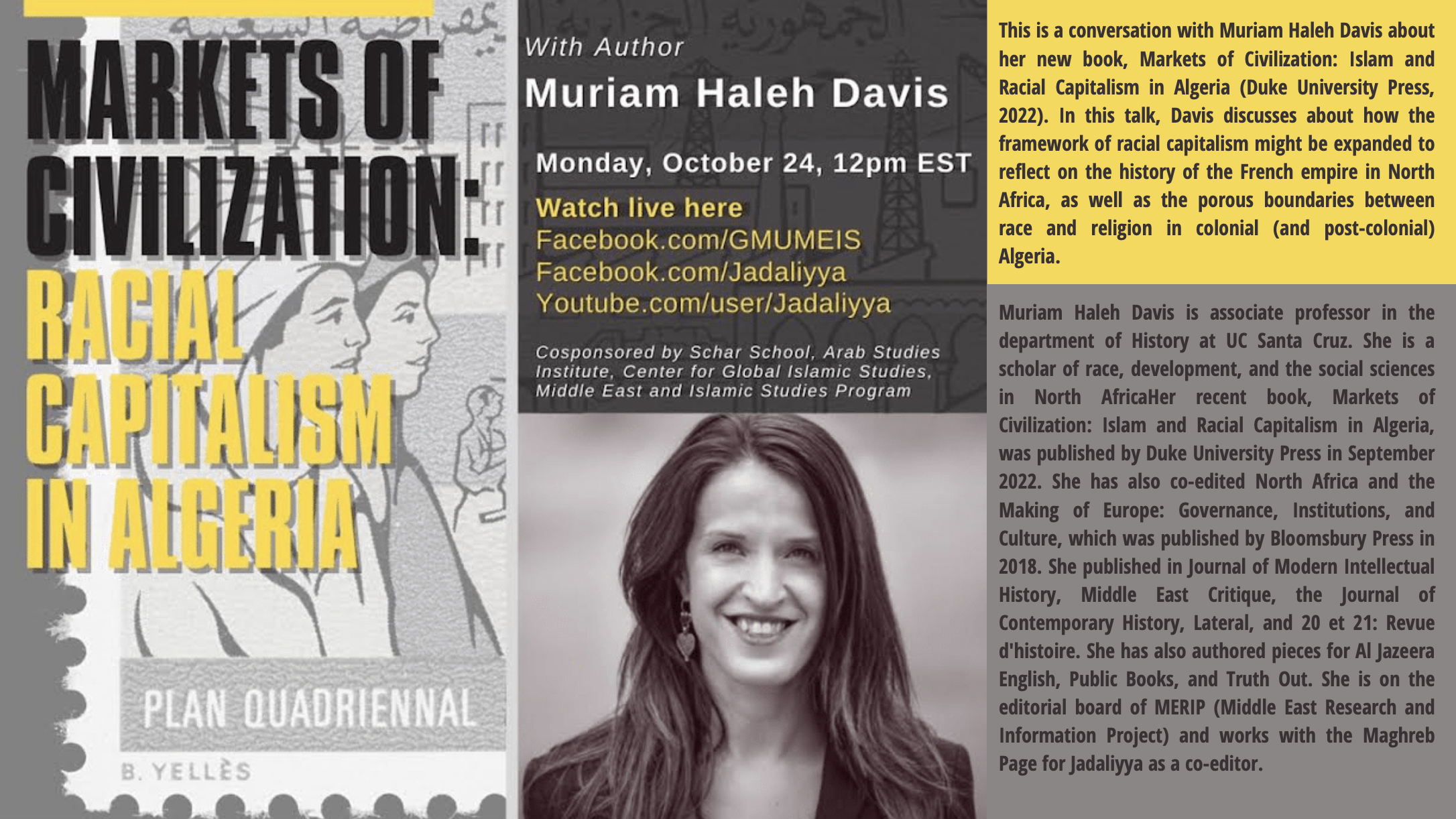 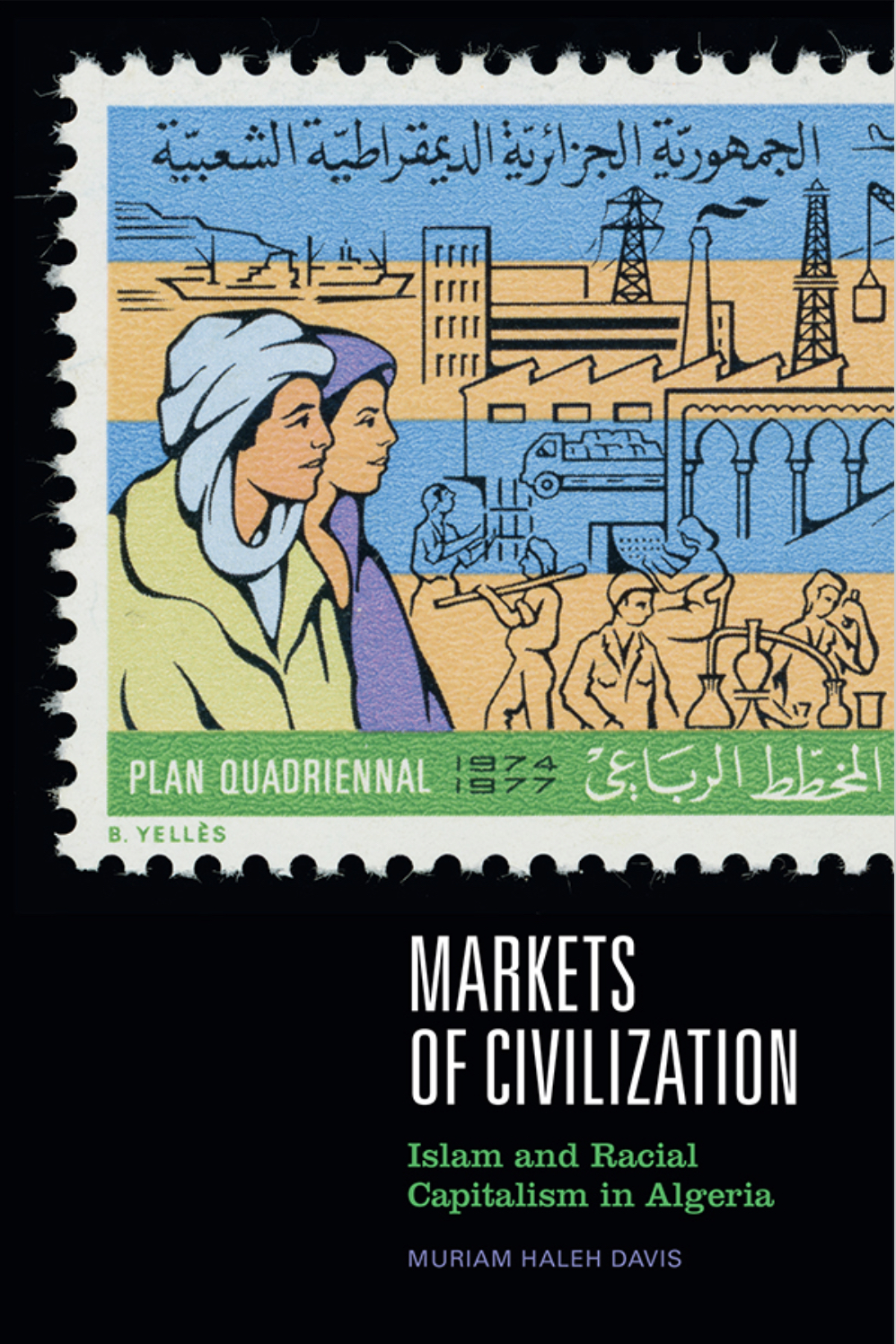