Geographies of Power and Dissent

Protest has been a key method of political claim-making in Jordan from the late Ottoman period to the present day. More than moments of rupture within normal-time politics, protests have been central to challenging state power, as well as reproducing it—and the spatial dynamics of protests play a central role in the construction of both state and society. In this talk based on her new book, Protesting Jordan: Geographies of Power and Dissent (2022), Jillian Schwedler considers how space and geography influence protests and repression, and, in challenging conventional narratives of Hashemite state-making, offers the first in-depth study of rebellion in Jordan.

Dr. Jillian Schwedler is Professor of Political Science at the City University of New York’s Hunter College and the Graduate Center and Nonresident Senior Fellow at the Crown Center at Brandeis University. She has served as chair of the Board of Directors and member the Editorial Committee of the Middle East Research and Information Project (MERIP), publishers of the quarterly Middle East Report.  Dr. Schwedler’s research currently focuses on contentious politics and political geography, particularly concerning protests in urban and peri-urban settings. Her books include the award-winning Faith in Moderation: Islamist Parties in Jordan and Yemen (2006) and (with Laleh Khalili) Policing and Prisons in the Middle East (2010).  Her articles have appeared in World Politics, Comparative Politics, Middle East Policy, Middle East Report, Middle East Critique, Journal of Democracy, and Social Movement Studies, among many others.  Her most recent books are Protesting Jordan: Geographies of Power and Dissent (Stanford University Press, 2022) and The Political Science of the Middle East: Theory and Research since the Arab Uprisings, author and co-editor with Marc Lynch and Sean Yom (Oxford University Press, 2022). 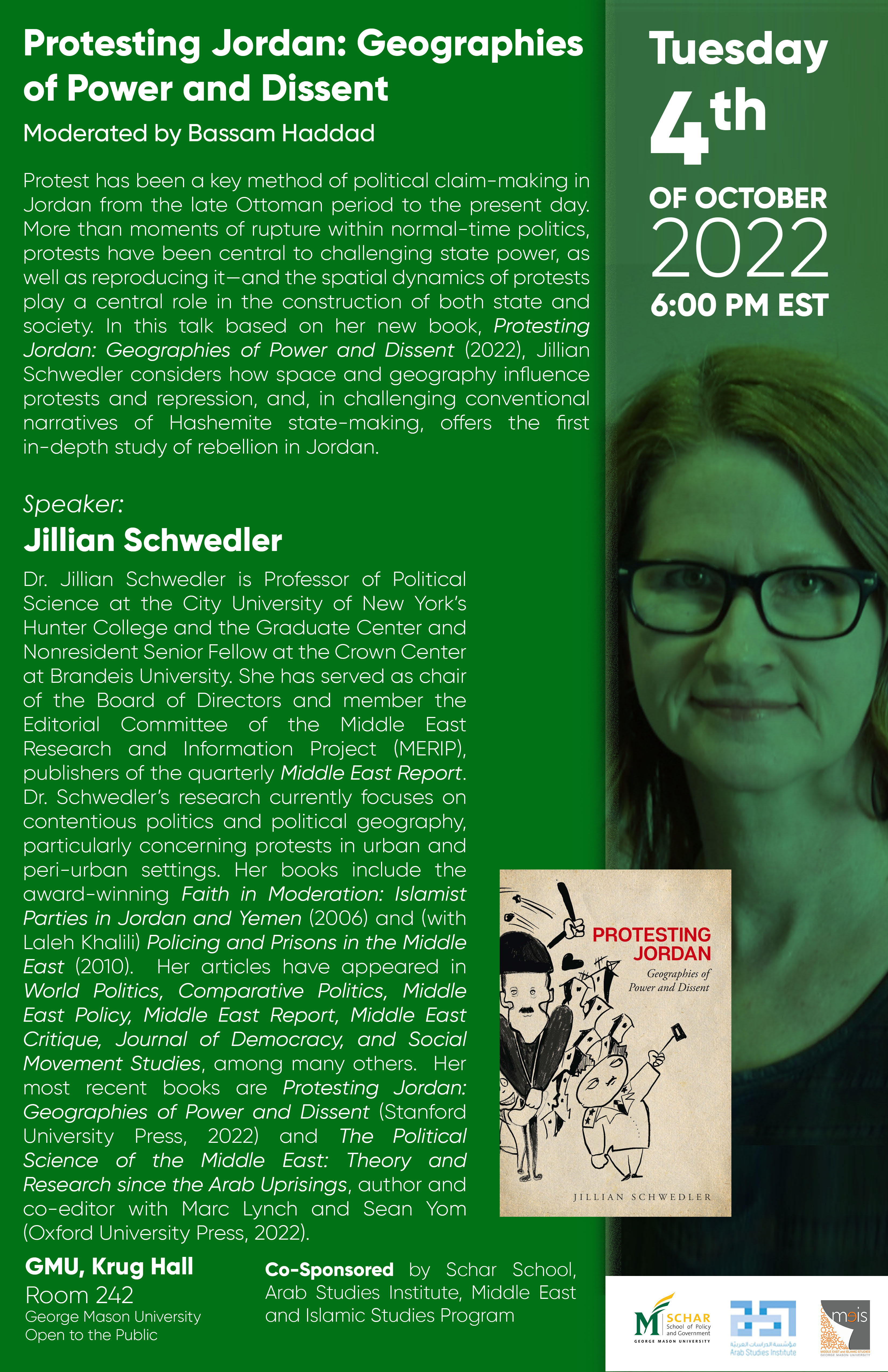 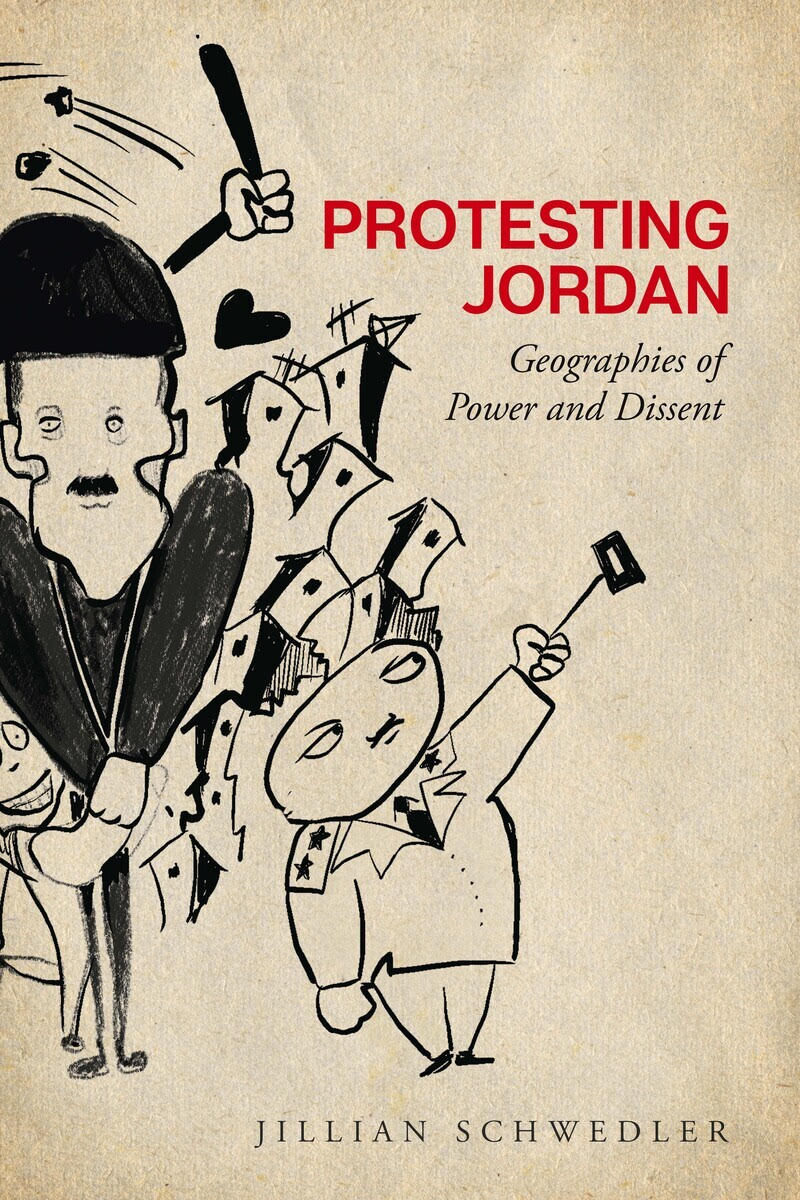