The Political Economy of Conflict in Syria: After 2018 with Rabie Nasser (Video)

The Political Economy of Conflict in Syria:
After 2018

The Syrian economy has witnessed a sharp deterioration in the last two years, represented by a contraction of GDP by 18% in 2021, with a trade deficit exceeding 60% of output, sharp deterioration in exchange rates, inflation rates reaching 80%, and a surge in external and internal debt and dependency on aid. Moreover, unemployment has reached 48%. As a result of the economic deterioration, overall poverty rates reached 92% and extreme poverty reached 53%, while the crisis of forcibly displaced people continued without prospects for return.

Furthermore, the economy was affected by the COVID-19 pandemic, the Lebanese crisis, drought, and sanctions as external factors. However, the main factors that contributed to the deterioration were the failure of economic governance, the dominance of conflict economies—with their attendant warlords and elites—the decline of human and capital, and the destruction of physical capital. In addition, we observe marked fragmentation between regions as well as heightened societal polarization more broadly. Finally, The decline in military operations did not contribute to the economic recovery as a result of the dominance of conflict-centered policies and dependence on external powers.

To address these varied issues, Rabie Nasser introduces a framework that involves an Integrated Development Nodes strategy, based on a wider role for society in the economic process, given the absence of political settlement. This occurs by developing the experience of local communities, initiatives, civil institutions, and humanitarian organizations and investing in solidarity-based economic activities in a sustainable and participatory manner.

Rabie Nasser is a co-founder and the director of the Syrian Center for Policy Research (SCPR), and researcher and lecturer in the University of Vienna. He is working as a researcher in macroeconomic policies, inclusive growth, poverty, and conflict dynamics. He has a MSc in Economics from Leicester University, UK. Before joining SCPR, Nasser worked for the State Planning Commission as Chief Economist and Director of the Macroeconomic Directorate. Afterwards, he worked as an Economic Researcher at the Arab Planning Institute in Kuwait. 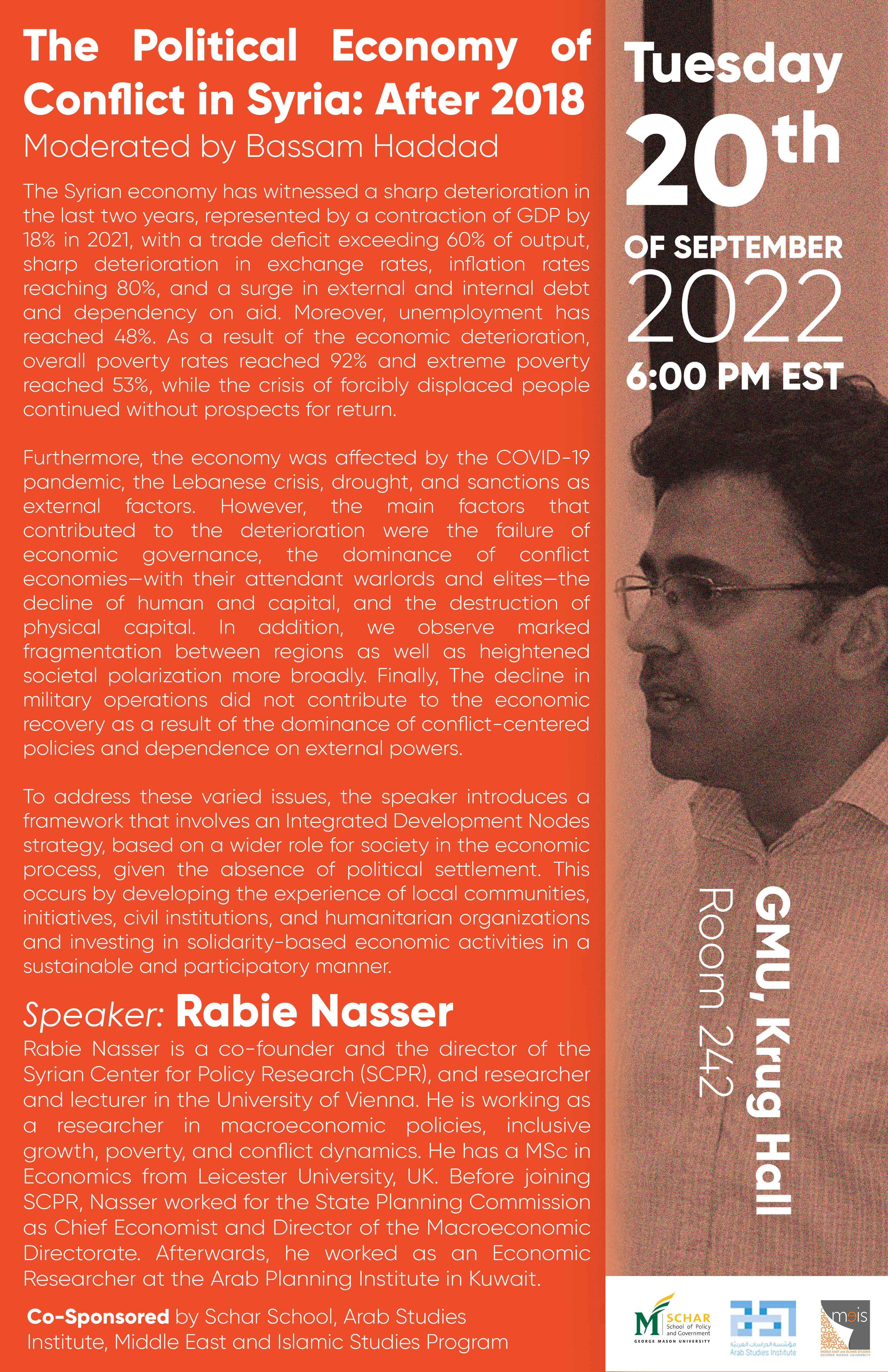