The No Sanctions on Iran Coalition is hosting a webinar on 16 March at 3 PM EST to discuss the deadly effects of sanctions and embargoes on Iraqi, Iranian, and Palestinian peoples. This conversation, featuring Jadaliyya co-editor Noura Erakat, Zainab Saleh, Negar Mortazavi, and Assal Rad, will provide a means by which to better contextualize current geopolitical dynamics in the Middle East and the broader world while revealing the necessity for regional and transnational solidarity for the betterment of all peoples being oppressed by such economic forces.

Click here to learn about the No Sanctions on Iran Coalition and about the impact of the sanctions on the Iranian people.

Zainab Saleh is an assistant professor of anthropology at Haverford College. Her research focuses on memory, nostalgia, belonging, war, and violence in Iraq and the Iraqi diaspora. She is the author of Return to Ruin: Iraqi Narratives of Exile and Nostalgia (Stanford University Press). Currently, she is working on a book project titled Uprooted Memories: Citizenship, Denaturalization, and Deportation in Iraq, which focuses on the deportation of Iraqi Jews, Iraqis of Iranian origin, and communists throughout the twentieth century. Her work has also appeared in American Anthropologist, Arab Studies Journal, Anthropology News, and Costs of War project with Brown University.

Negar Mortazavi is an Iranian-American journalist and political analyst based in Washington DC. She is a columnist for The Independent and host of the Iran Podcast.Mortazavi worked as a TV presenter at Voice of America Persian where she hosted a daily show that discussed current affairs with Iranians. She is a frequent commentator on Iran at MSNBC, BBC, PRI, Aljazeera, Huffington Post, and international outlets around the world. She is currently a columnist for The Independent.In 2019 Mortazavi led an investigative reporting project and later brought a lawsuit against the Department of State that exposed how a $1.5 million grant by the United States Department of State given to the “Iran Disinformation Project” was used to smear human rights activists, journalists, and academics, many of whom were American citizens. The State Department immediately suspended the Iran Disinformation Project and later terminated its funding.In 2014, Mortazavi launched a Kickstarter campaign to travel to Brazil and live-tweet Iran's Team Melli presence at the 2014 FIFA World Cup for her Twitter followers as an independent reporter. The campaign was successful and Kickstarter featured it as one of the most creative campaigns launched on the platform. Mortazavi previously worked for the International Center for Journalists, The National Iranian American Council (NIAC), and the United Nations headquarters in New York.

Dr. Assal Rad graduated with a PhD in Middle Eastern History from the University of California, Irvine in 2018. Her PhD research focused on Modern Iran, with an emphasis on national identity formation and identity in post-revolutionary Iran. With this background, Assal works with the policy team on research and writing related to Iran policy issues and U.S.-Iran relations. Assal joined the National Iranian American Council in January 2019. After working with NIAC in California as a volunteer on election and voting campaigns in 2018, Assal joined the team in order to further this work and embolden the voices of Iranian Americans. Her writing can be seen in Newsweek, Independent, the National Interest, and Responsible Statecraft, and she has appeared as a commentator on the BBC, Al Jazeera, BBC Persian and NPR. 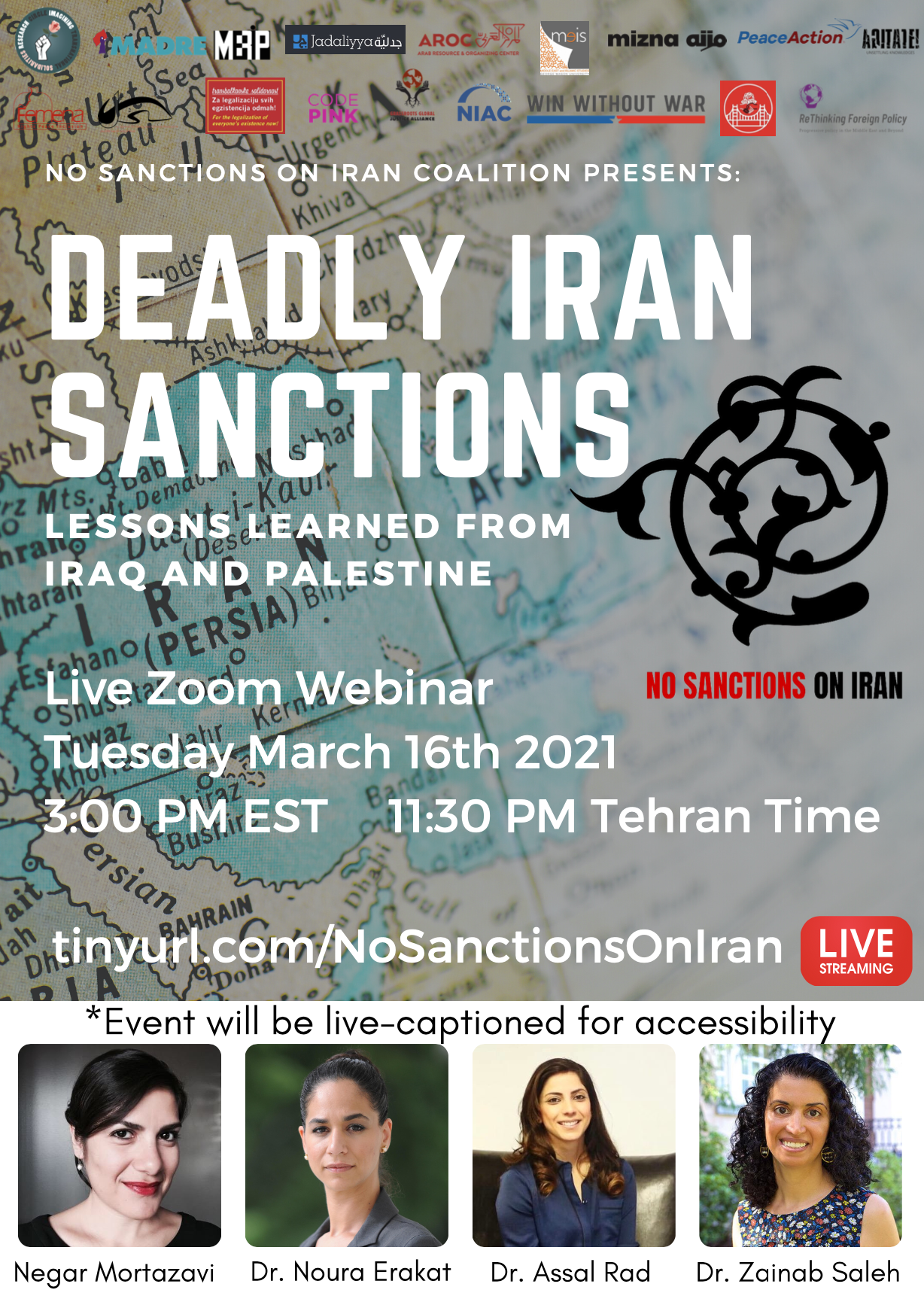