Palestine at the Crossroads

On Sunday, 27 June Jadaliyya co-editor Mouin Rabbani spoke with Hanan Ashrawi in order to assess the current position and future options for the Palestinians as they confront both challenge and opportunity.  This episode of Connections Podcast will also discuss the policies of the new Israeli government and role of the Biden administration in Palestine.

Dr Hanan Ashrawi became a household name as the official spokesperson of the Palestinian delegation to the 1991 Madrid Middle East Peace Conference. In 1996 she was elected to the Palestinian Legislative Council representing Jerusalem, and that same year was appointed the Palestinian Authority’s Minister of Higher Education. Re-elected to parliament in 2006, she in 2009 became the first woman to serve on the PLO Executive Committee, from which she resigned in 2020. Ashrawi was in 1994 a founder of the Palestinian Independent Commission for Human Rights and served as its first Commissioner General. In 1998 she helped establish the National Coalition for Accountability and Integrity, and is currently Executive Director of MIFTAH, the Palestinian Initiative for the Promotion of Global Dialogue and Democracy. 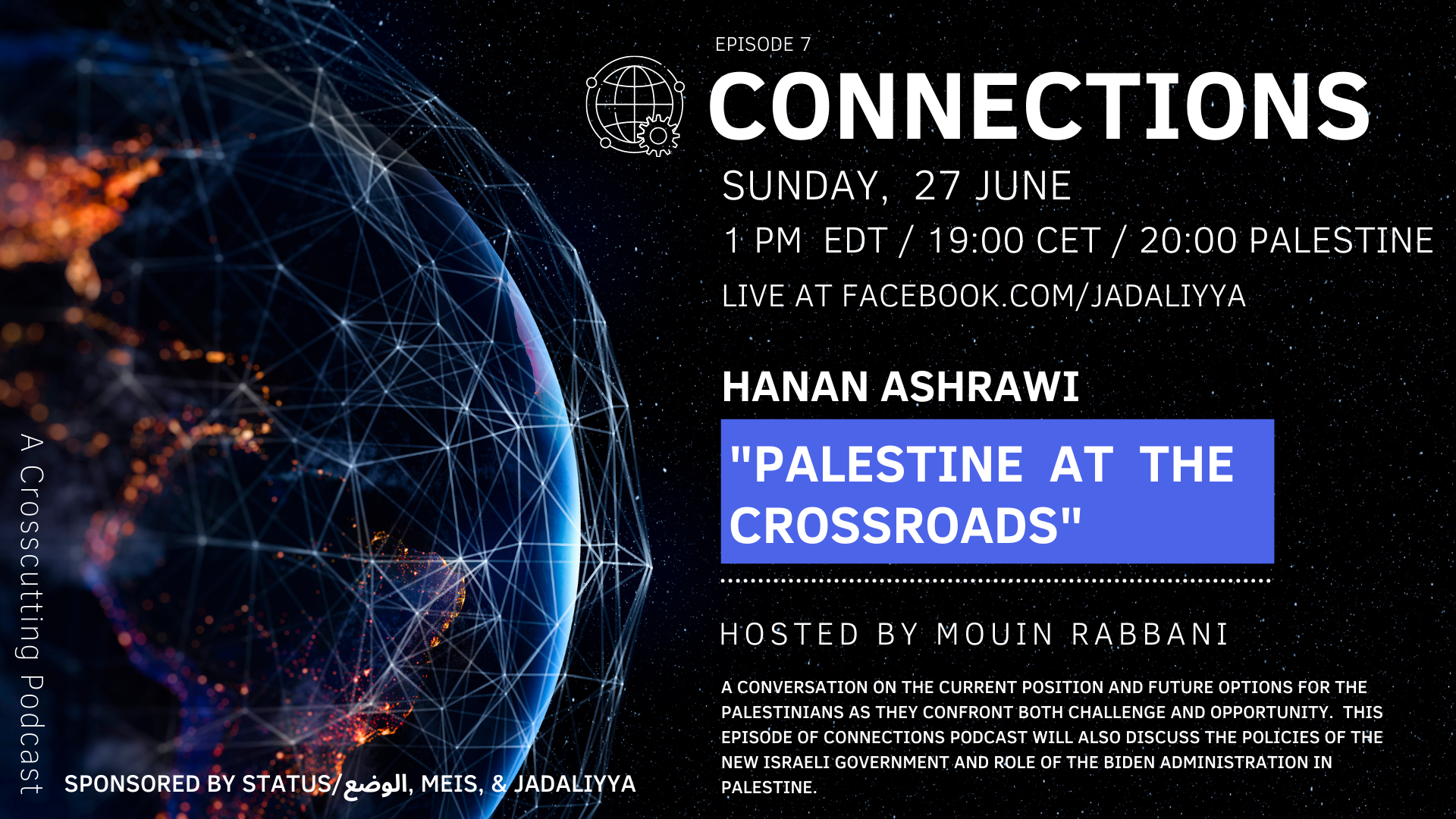