This is a conversation with Nathan Thrall hosted by Jadaliyya co-editor Mouin Rabbani about recent developments in Jerusalem, the Gaza Strip, and the broader Israeli-Palestinian relationship. This episode of Connections Podcast asks whether we have now reached a turning point and what this would mean for the future. 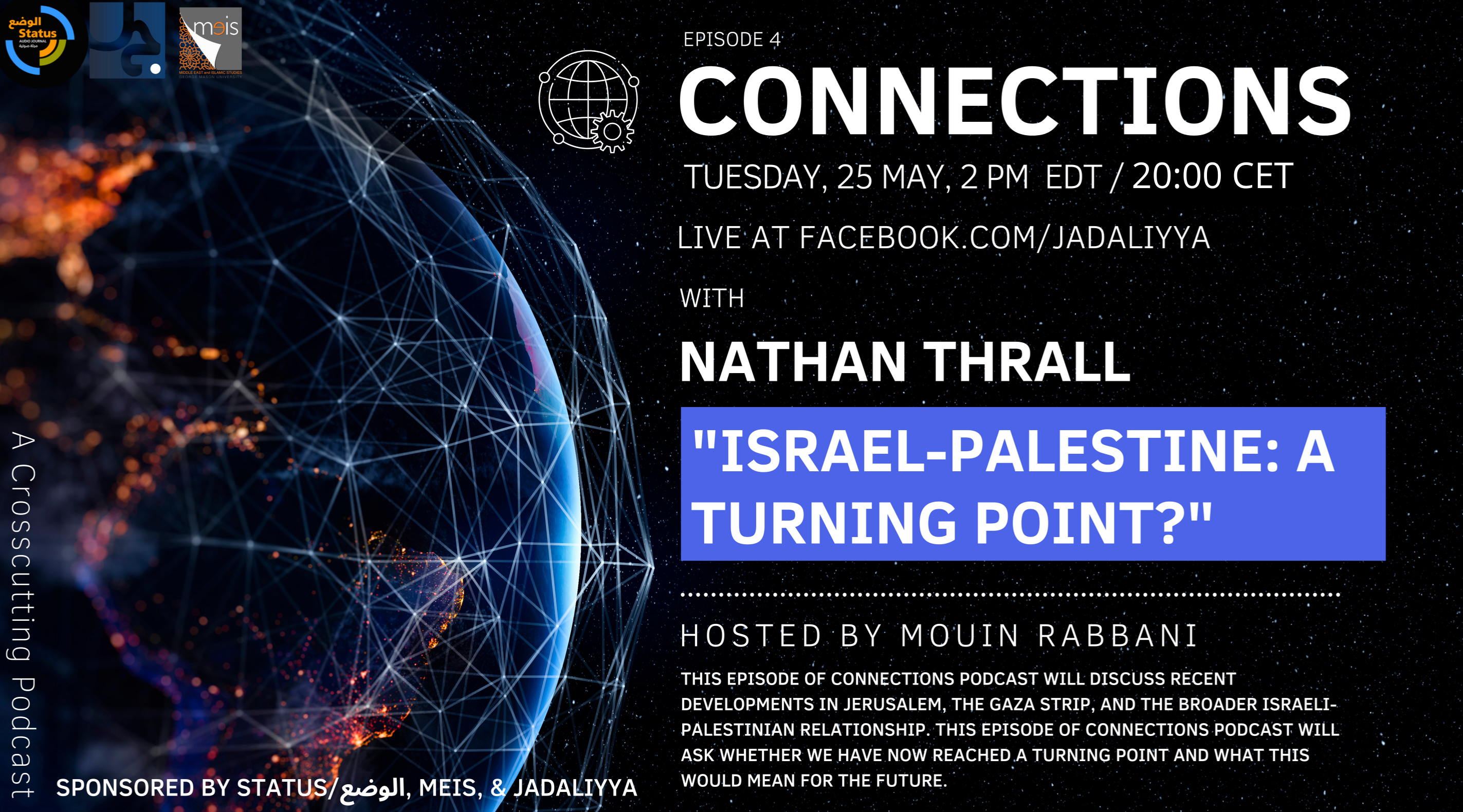