LIVE EVENT - Launching the First Episode of Europe and the Middle East Podcast: 'Eurabia’ and the Great Replacement

Europe and the Middle East

Episode One: “Eurabia” and the Great Replacement

Europe in the Middle East is a bi-monthly podcast addressing matters of significance to both regions, including their multi-faceted relations.

In this first launching episode titled “‘Eurabia’ and the Great Replacement," hosts Alain Gresh and Thomas Serres will have a conversation with Liz Fekete on the theories promoted by far-right thinkers Bat Ye’or and Renaud Camus, their origin and growing normalization in European political discourses. They will also discuss the appropriation of these conspiracy-oriented narratives by far-right terrorists in Europe (and beyond) as well as their connection with the American notion of "white genocide.”

This podcast is cosponsored by Status/الوضع, Jadaliyya, and Orient XXI 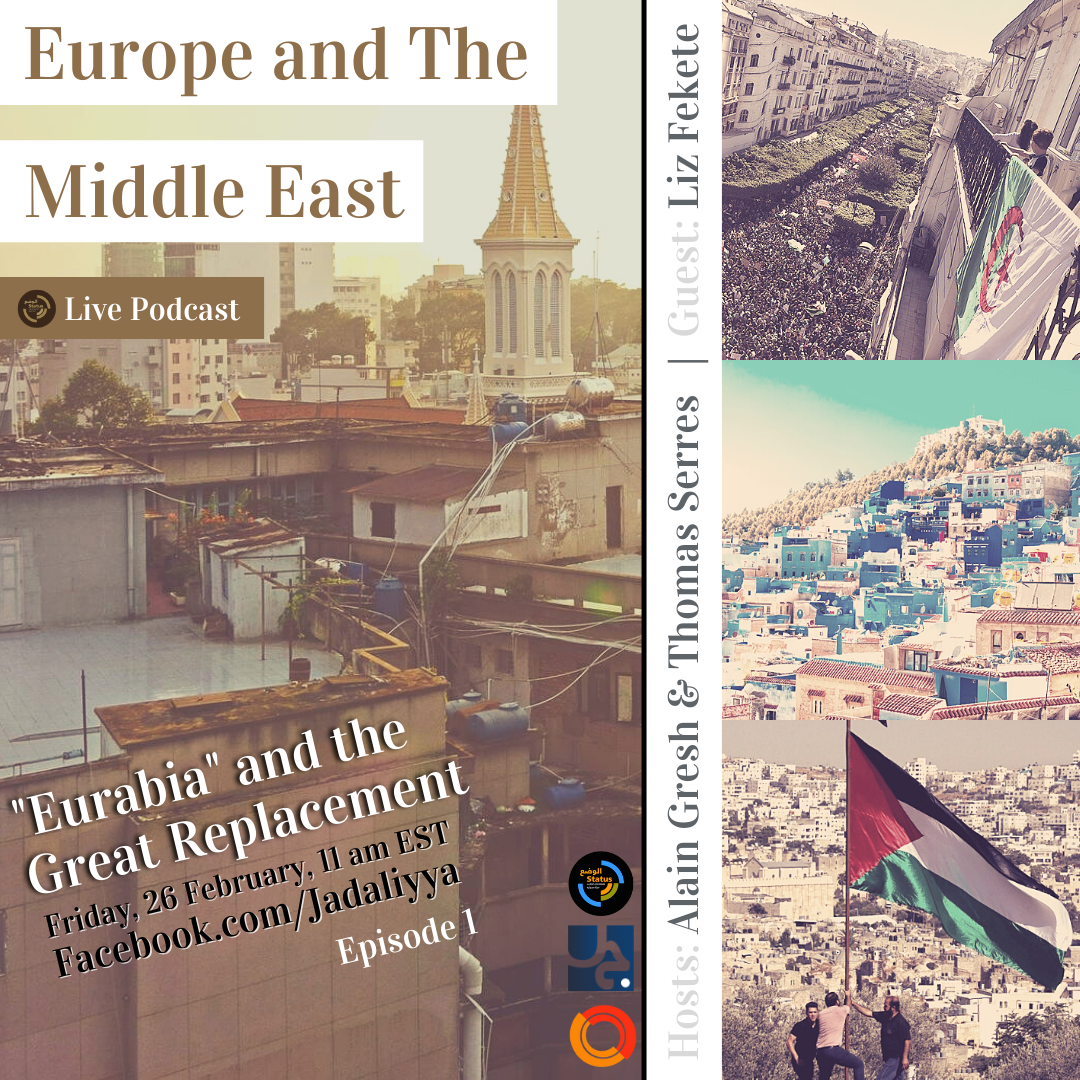 Liz Fekete is Director of the Institute of Race Relations, an anti-racist educational charity in London that produces the international  journal Race & Class and the regular online news service IRR  News. She is also the author of two books, A suitable enemy: racism, migration and Islamophobia in Europe and Europe’s Fault Lines: racism and the rise of the Right which won the Bread & Roses Award for Radical Publishing in 2019. She has given expert testimony at the Basso Permanent People’s Tribunal on Asylum and the World Tribunal on Iraq.

Alain Gresh, a journalist, worked for Le Monde Diplomatique until 2013 and was the editor in chief from 1995 to 2005. He is the editor of Orient XXI which he founded in 2013. Among his latest books that have been translated in Arabic are الإسلام والجمهورية والعالم (Dar al Saqi: Beirut) and علام يطلق اسم فلسطين ؟ (الدوحة : المركز العربي للأبحاث ودراسة السياسات، 2012

Thomas Serres has a Ph.D. in political science from the EHESS. He is currently an associated researcher with Dévelopement & Société in Paris and an Adjunct Professor at the University of California-Santa Cruz. His research focuses on the politics of crisis and trans-nationalization in Algeria. 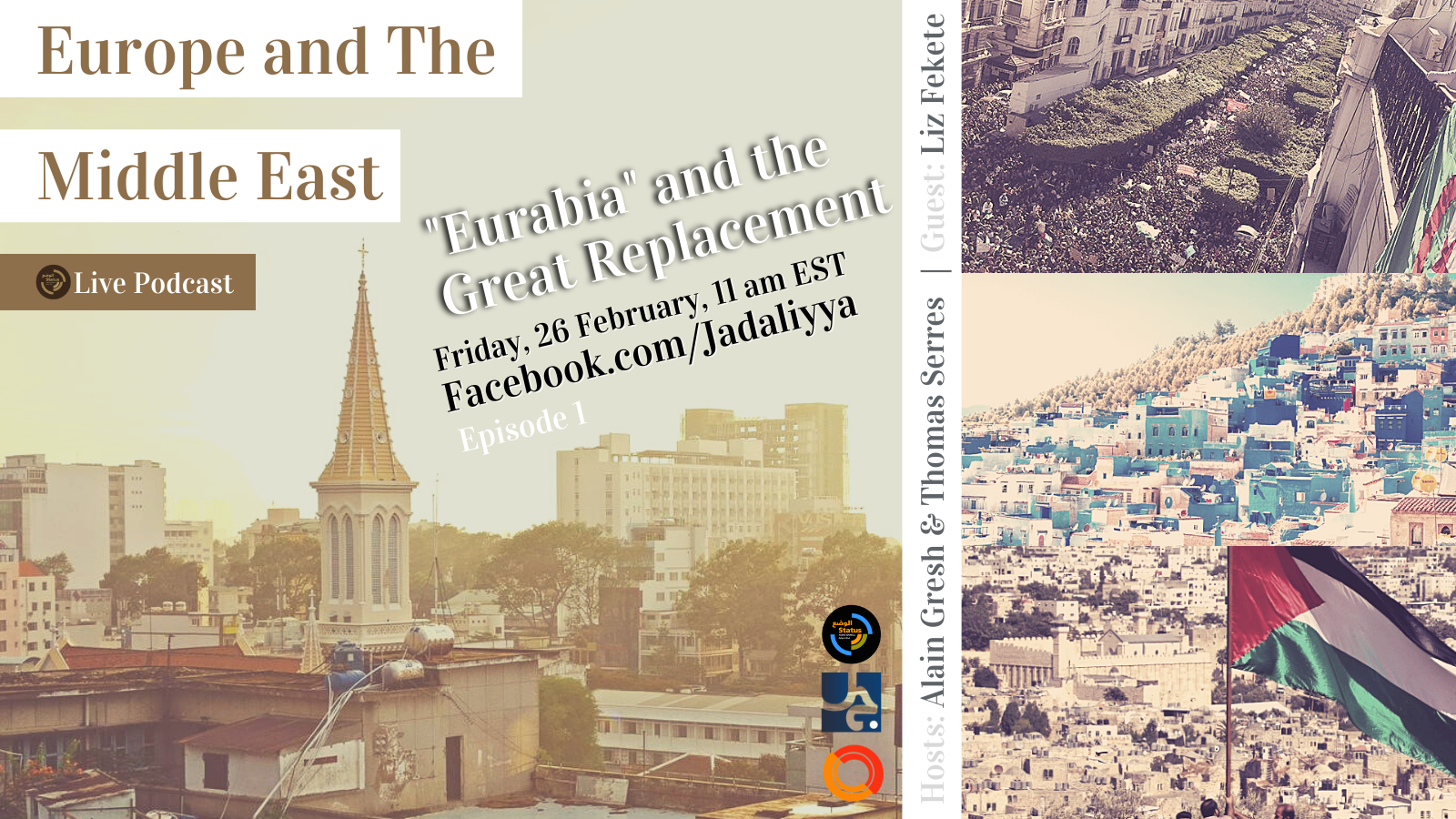