Europe and the Arab-Israeli Conflict

On Wednesday, 7 July Jadaliyya co-editor Mouin Rabbani spoke with Anders Persson and Diana Buttu about the role of Europe in the Arab-Israeli conflict. This episode of Connections Podcast examines the development of European Union policy in this regard, its motives, objectives, and impact.

Anders Persson is a specialist on the role of the European Union in the Israeli-Palestinian conflict. He has written three books on this topic, of which the latest is EU Diplomacy and the Israeli-Arab Conflict, 1967–2019 (Edinburgh University Press, 2020). His analysis of EU Middle East policy is regularly featured in Swedish and international media.

Diana Buttu is a Haifa-based lawyer and analyst. She was previously a legal advisor to the PLO’s Negotiations Affairs Department. She is a frequent media commentator and has authored numerous articles and opinion pieces on Israeli policy towards the Palestinian people. 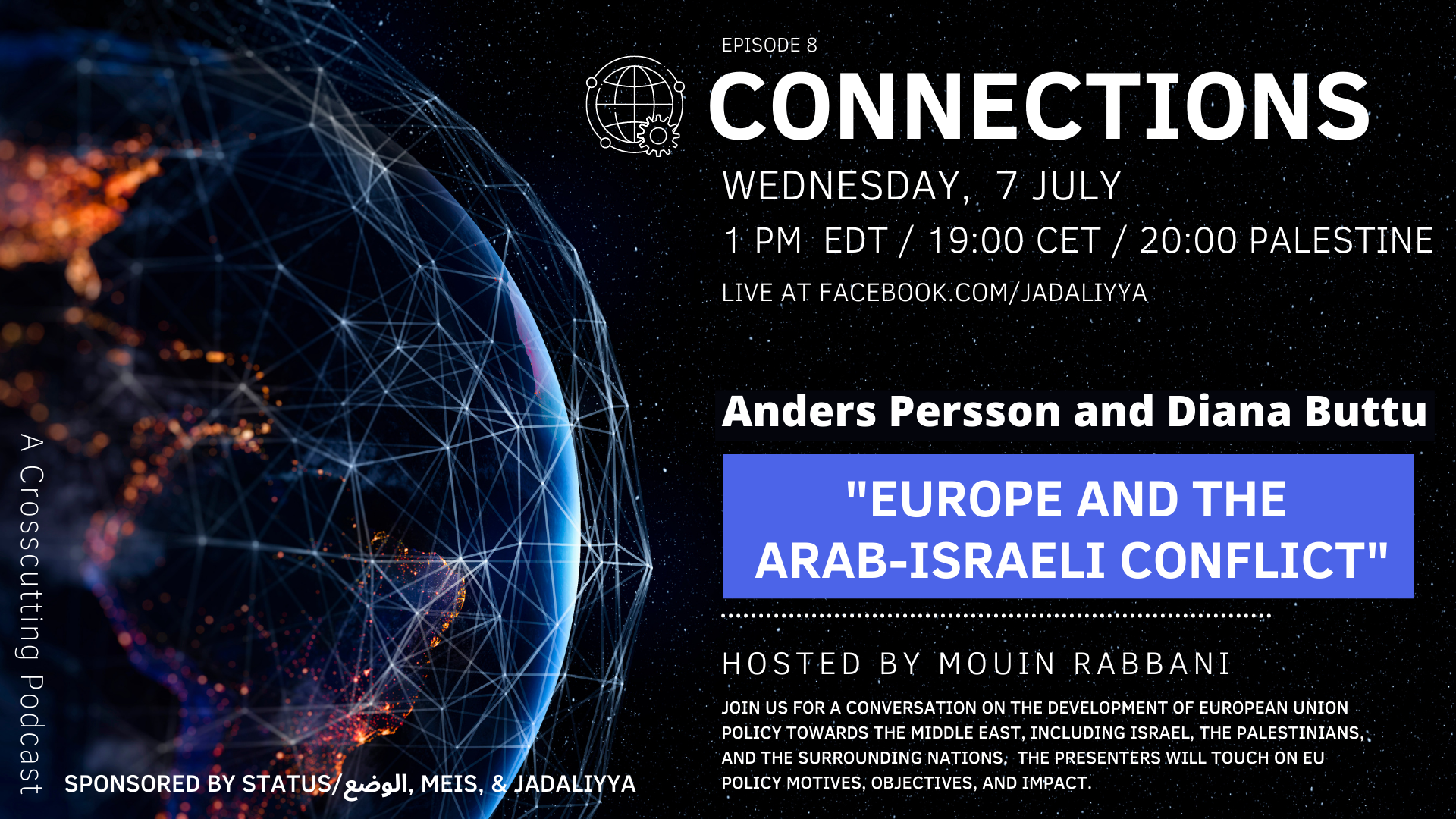