This month, LWA co-hosts MK Smith and Bassam Haddad discussed the new Spring 2022 Issue of the Arab Studies Journal, a new issue of Status / الوضع Audiovisual Journal, the Navigating Anti-Authoritarianism and Anti-Imperialism project, a series titled, “Music Politics After the Arab Uprisings,” a new episode of the Connections Podcast, pedagogy, and more. 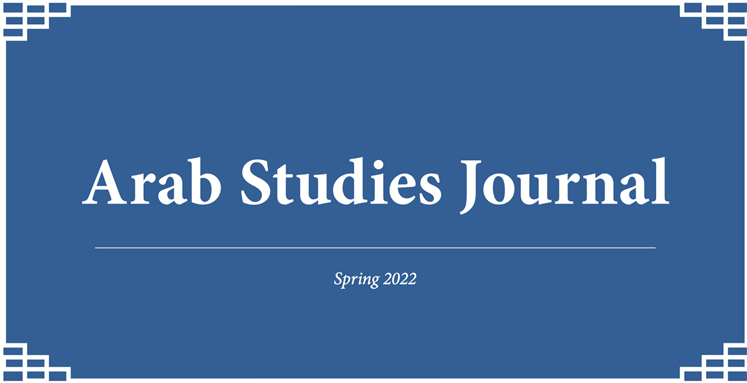 This new Spring 2022 issue of ASJ is now available. The issue provides a varied and critical foray into intellectual production, history, and institutional organization, and includes two empirically-grounded and historiographically-challenging articles, one by Chloe Kattar on Christian conservatism in Lebanon in the years preceding the 15-year civil war. Also featured is an article by Noureddine Jebnoun on the history of the UAE’s conscription of foreign personnel into its armed forces.

Additionally, the issue includes another robust installment of book reviews, offering insight into a range of topics, including US foreign policy, Islamist institutional organization, moral ecology, and training in the decorative arts. 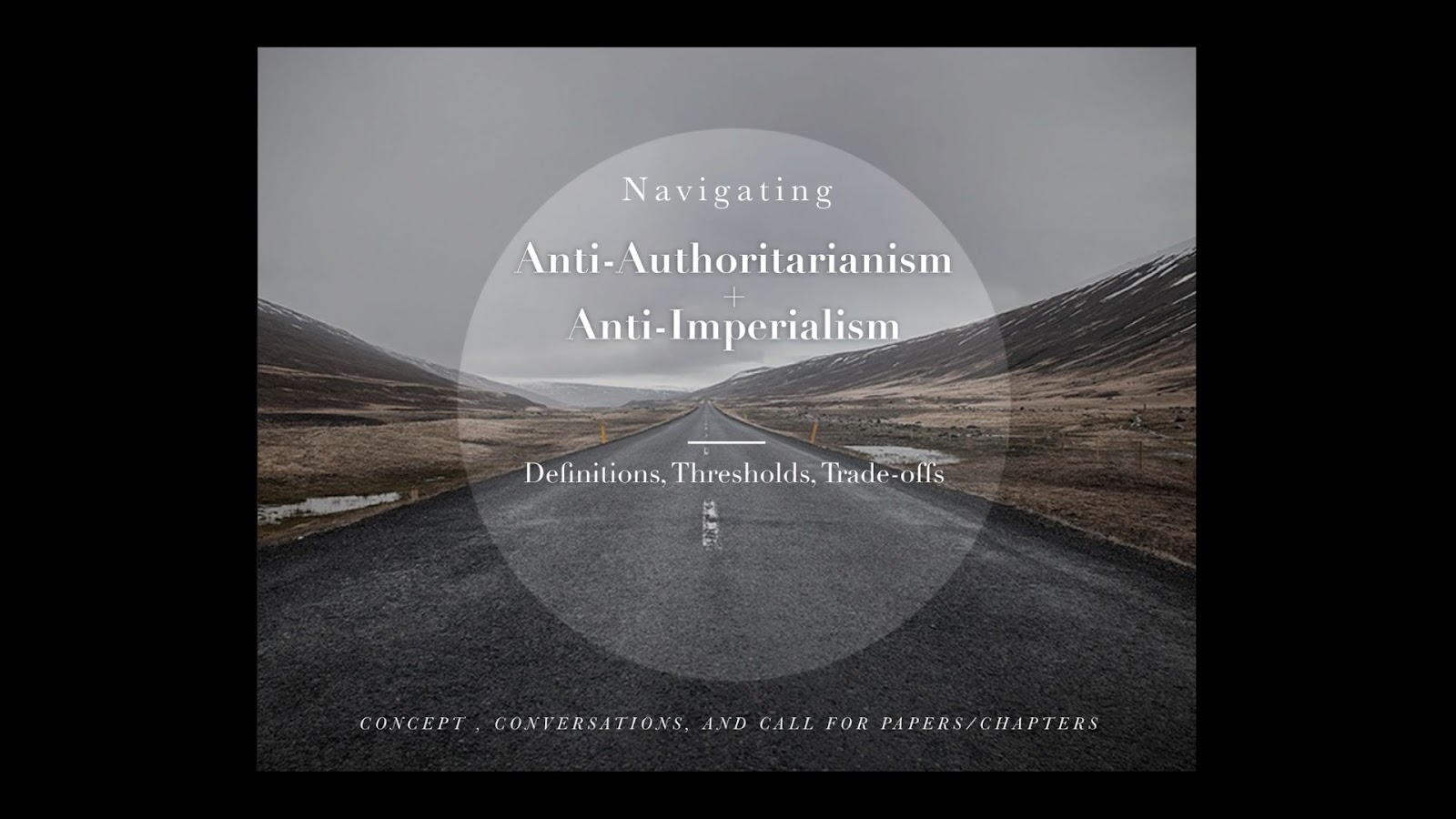 We are excited to share with you that a very special project that has been in the works for a long while finally kicked off last month! The Navigating Anti-Authoritarianism and Anti-Imperialism project will host a number of workshops, panels, and conversations regarding the critical nuances at play when dealing with anti-authoritarian movements within the context of imperialism.

The project seeks to address questions on the efficacy of current definitions, conceptual trade-offs, analytical thresholds, and so much more. And actually, we held our very first workshop last month, and it was a very dynamic and fruitful discussion.

Associate Professor and Department Chair at NYU’s College of Arts and Science, Arang Keshavarzian, speaks on the challenges of critiquing authoritarianism within imperial contexts. 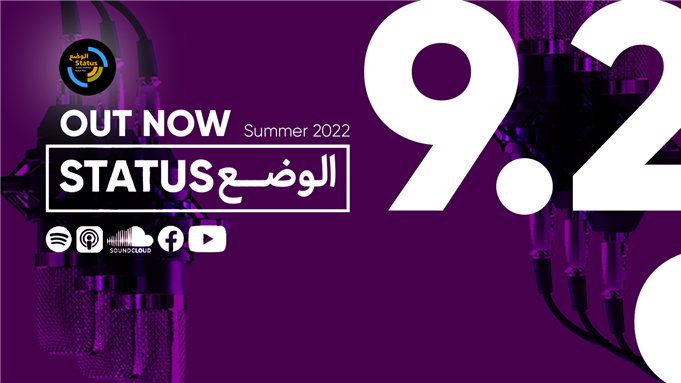 Issue 9.2 of Status / الوضع Audiovisual Journal is now live! Coming just in time for the summer, this Issue comes packed with programs, panels, and standalone interviews, covering topics as varied as Arabic dialects in Sub-Saharan Africa to an analysis of the Nile River as a realm of practice.

You can find Issue 9.2 on Spotify, iTunes, Soundcloud, YouTube, or wherever you get your podcasts.

Status / الوضع Associate Producer Starling Carter shares some of the highlights of Issue 9.2, and speaks on future Issues.

A Conversation with Zein El-Amine 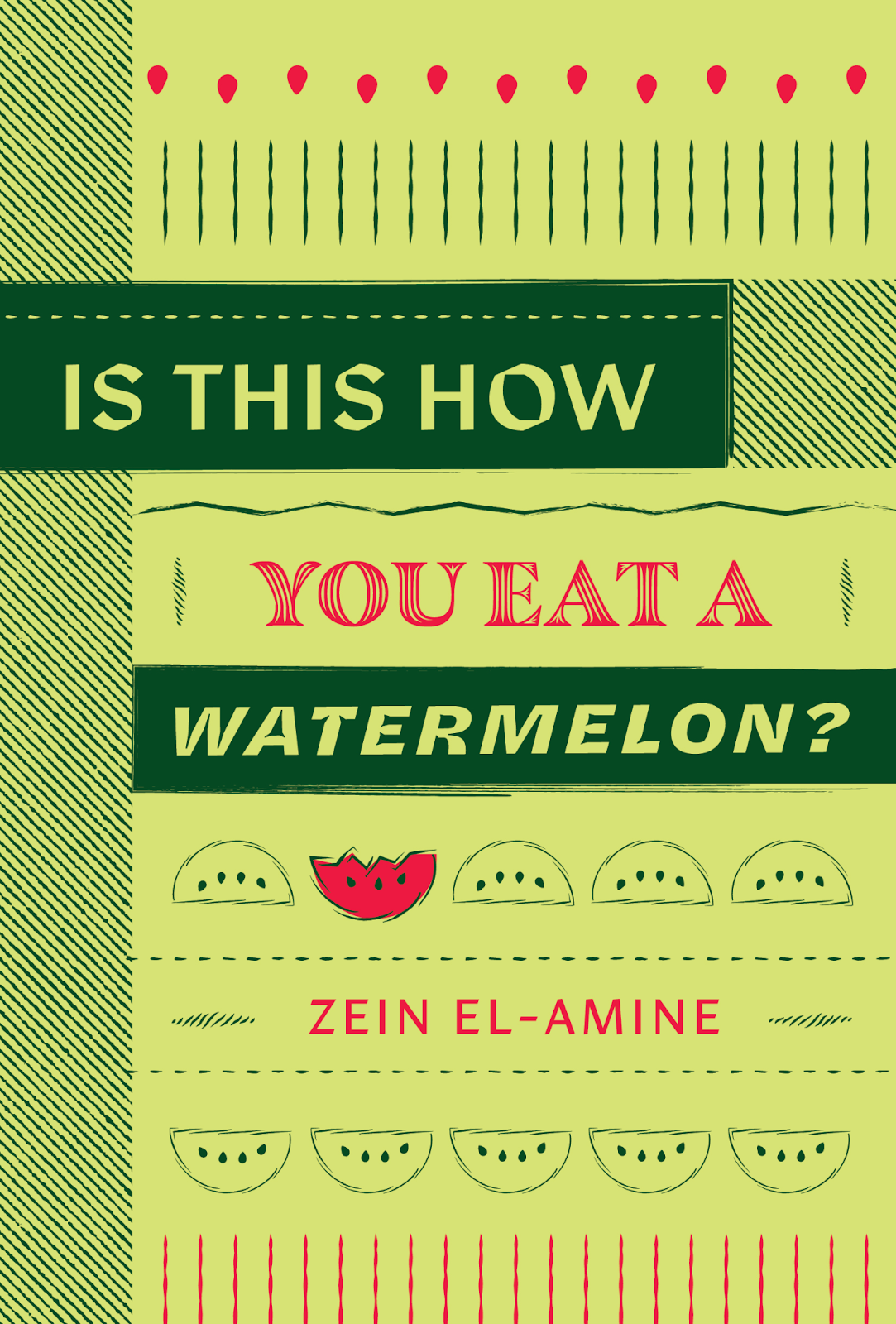 Last month, Bassam Haddad spoke with activist-organizer-author-thinker extraordinaire Zein El-Amine regarding his new book titled, “Is this How You Eat a Watermelon?” among a number of other topics.

The conversation will be published in full soon on Jadaliyya, but in the meantime, Zein joined the show to speak more on his book, the issues facing adjunct faculty on campuses, and current and future work.

Zein El-Amine speaks on his new book, and union-busting at American University.

Music Politics After the Arab Uprisings 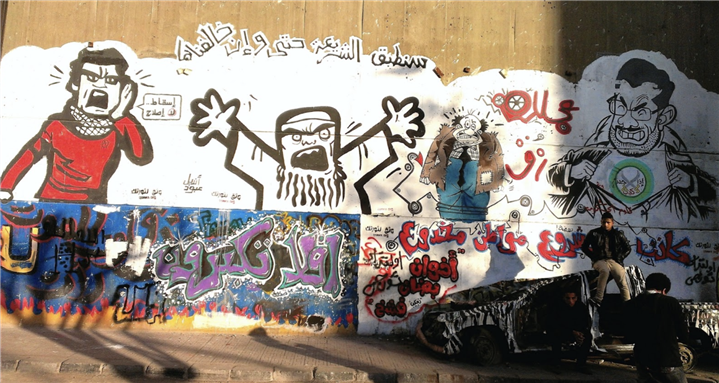 In a two-part series on Music Politics after the Arab Uprisings published on Jadaliyya, Mohamad-Ali Nayel delves deep into the social, political, and cultural dimensions of music production in the Arab world over the last decade.

The series is a spectacular investigation of how the music landscape in the region was profoundly affected by the monumental events of the Arab Uprisings and their aftermath.

Mohamad-Ali Nayel shares his inspiration for writing this piece, and how music influenced his generation during and after the Arab Uprisings. 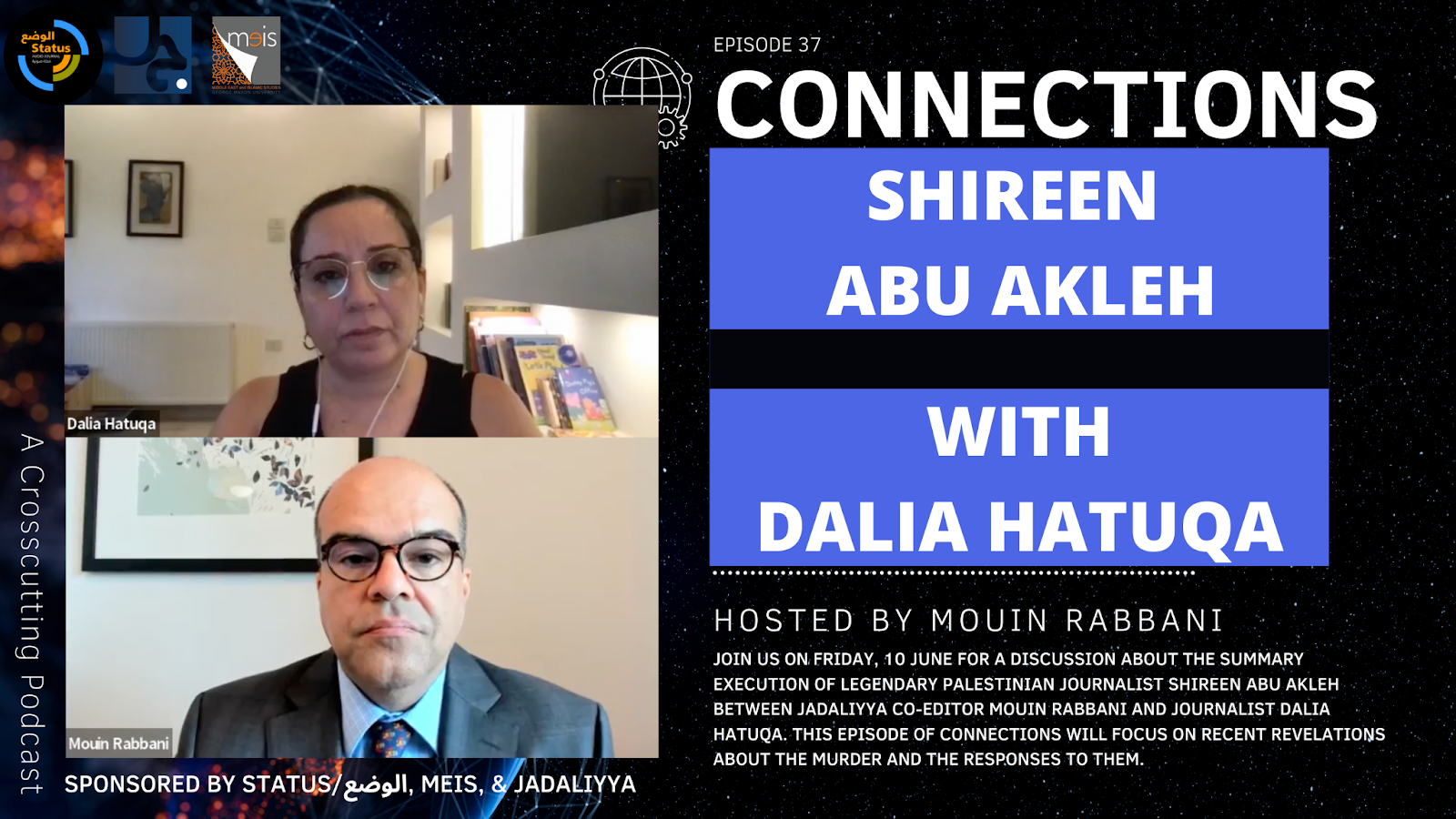 Mouin spoke with Dalia Hatuqa, who is an independent journalist specializing in Palestinian-Israeli affairs, on the summary execution of legendary Palestinian journalist, Shireen Abu Akleh.

The Middle East Studies Pedagogy Initiative team published three Essential Readings posts, dealing with the urban question and epidemics. If you don’t already know, the Essential Readings series is curated by MESPI, where scholars are invited to contribute lists of crucial texts and readings on a topic relevant to their expertise.

There was a fourth installment published last month in the Middle East Learn and Teach Series, or MELT, this time dealing with Yemen.

If you’re not familiar, the MELT series are collections of resources from multidisciplinary perspectives dealing with a particular topic or country. Previous MELT series installments have covered Syria, Palestine, and Iraq.

Carly A. Krakow, who is Managing Editor for Special Projects at Jadaliyya, breaks down the resources found in the new MELT series on Yemen.

The MESPI team also published the first three parts in a six-part series of Peer-Reviewed Articles Review on the Arab Uprisings, which present articles concerned with the Arab uprisings published in 2010-2020 from our peer-reviewed articles database. The first part deals with Roots, Causes, and Reflections, and the second part covers Theory and Framing, and the third part deals with Actors and Opposition. 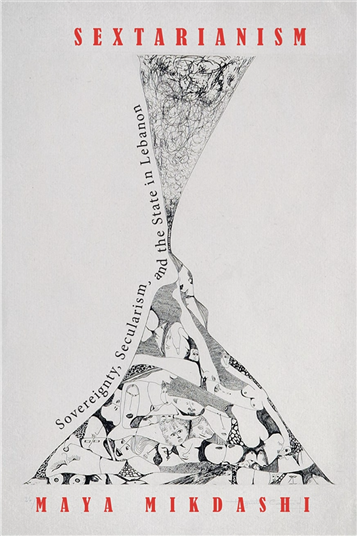 Jadaliyya Co-Editor Maya Mikdashi’s new book titled, “Sextarianism: Sovereignty, Secularism, and the State in Lebanon,” is an ethnography of state power and demonstrates how sexuality structures and inflects citizenship, bureaucracy, and the concerns of social movements.

This book also rethinks the history and experience of the nation state in the Middle East by focusing on war, displacement, and resistance as recursive temporalities.

The participants addressed questions such as “What does it mean to rescue, preserve, and to render visible heritage beyond such configurations of the contemporary heritage regime? How do we address the importance of preservation in the face of political violence?” They also addressed matters such as the role of language in engaging heritage, and much more.