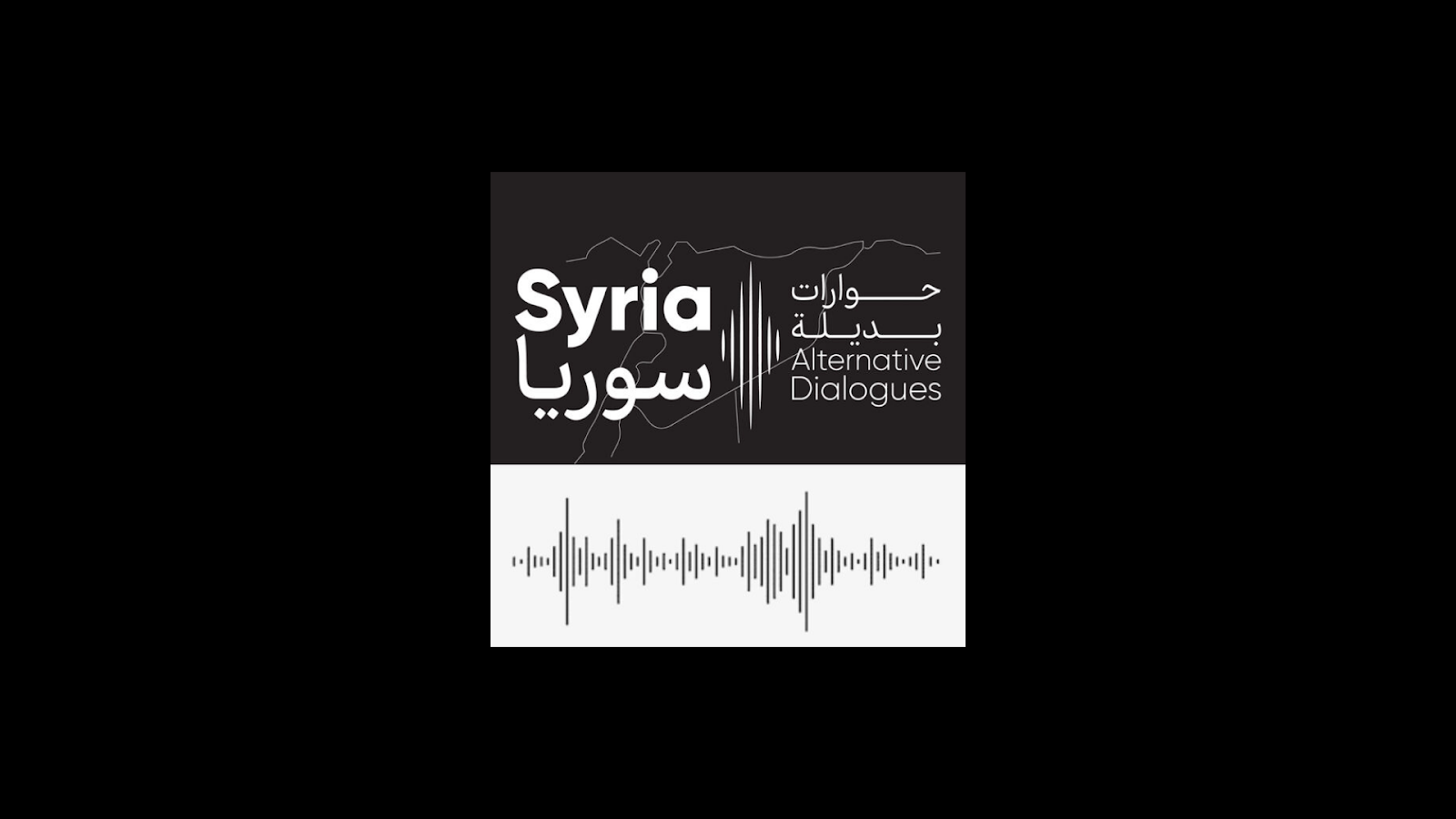 A new joint-effort between ASI, Security in Context, and the Syrian Center for Policy Research, the Syria; Alternative Dialogues podcast, provides a platform for knowledge production and evidence-based dialogue about domestic and transnational political, economic and social challenges in Syria’s protracted conflict.

The podcast aims to make the process of producing knowledge more accessible to the Arab world, and discusses the importance of investing in integrative networks among researchers and knowledge production institutions on the regional and global levels.

Two episodes are out now. The first episode is a discussion on securitization of food and climate in the Syrian conflict, and the second grapples with the political economy of militarism and neoliberalism. You can find both of these episodes on Apple Podcast, Google Podcast, Spotify, or wherever else you get your podcast.

And joining us all the way from Vienna, Austria, we are very happy to have Rabie Nasser, who is an economist, researcher, and co-founder of the Syrian Center for Policy Research to tell us more.

Co-Founder of the Syrian Center for Policy Research, Rabie Nasser, discusses the gaps in discourse around Syria that the new podcast aims to address 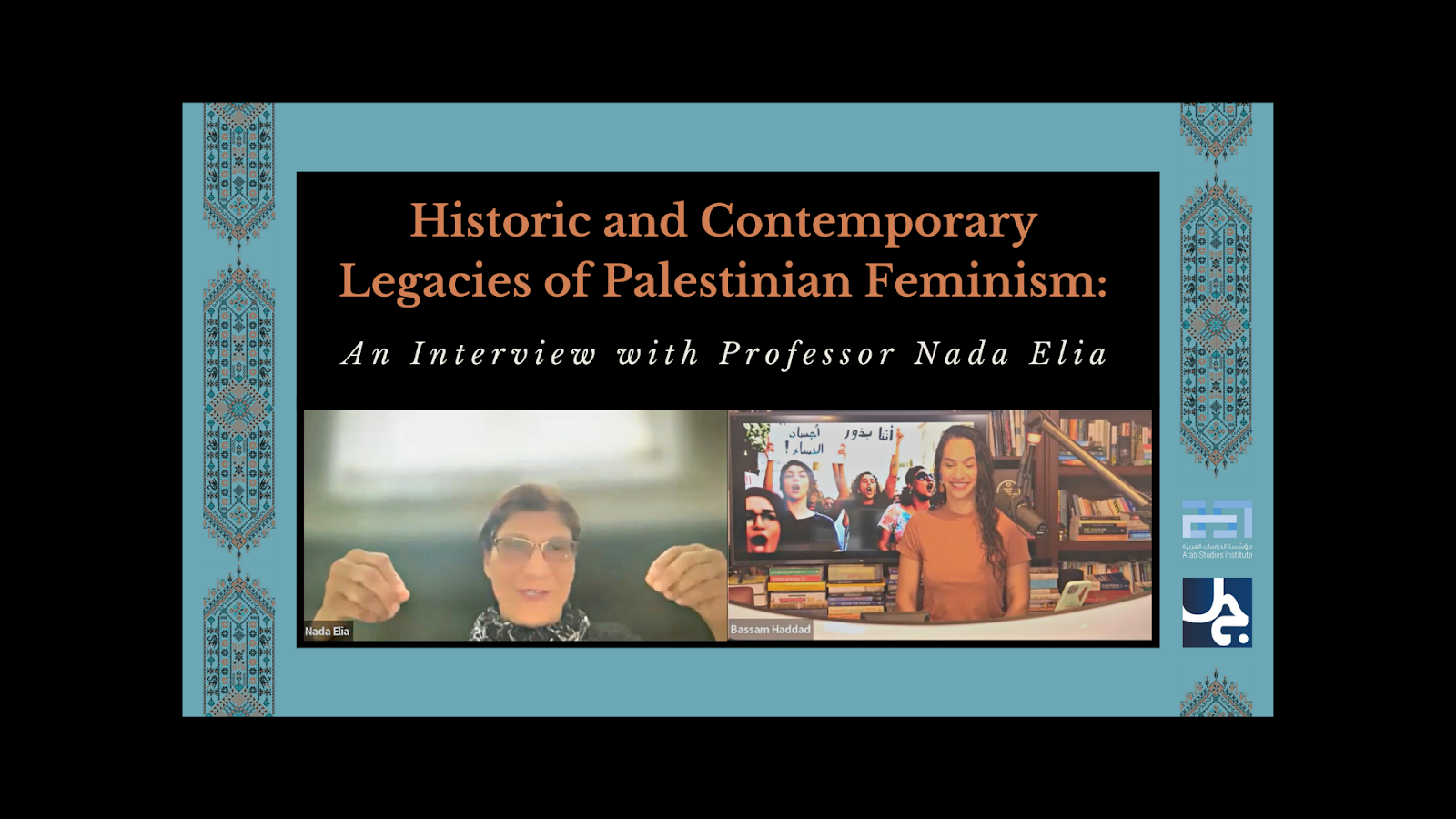 In March of last year, the Palestinian Feminist Collective issued a pledge, offering feminist critiques of Zionist settler-colonialism. In particular, it responds to institutional attempts to exclude Palestinian feminists from organizing spaces, as well as other attempts to mobilize orientalist tropes about Muslims and Arabs in order to absolve Zionist violence.

Professor Nada Elia from Western Washington University shares her thoughts on why it’s crucial to discuss Palestinian feminism in both historical and contemporary contexts. 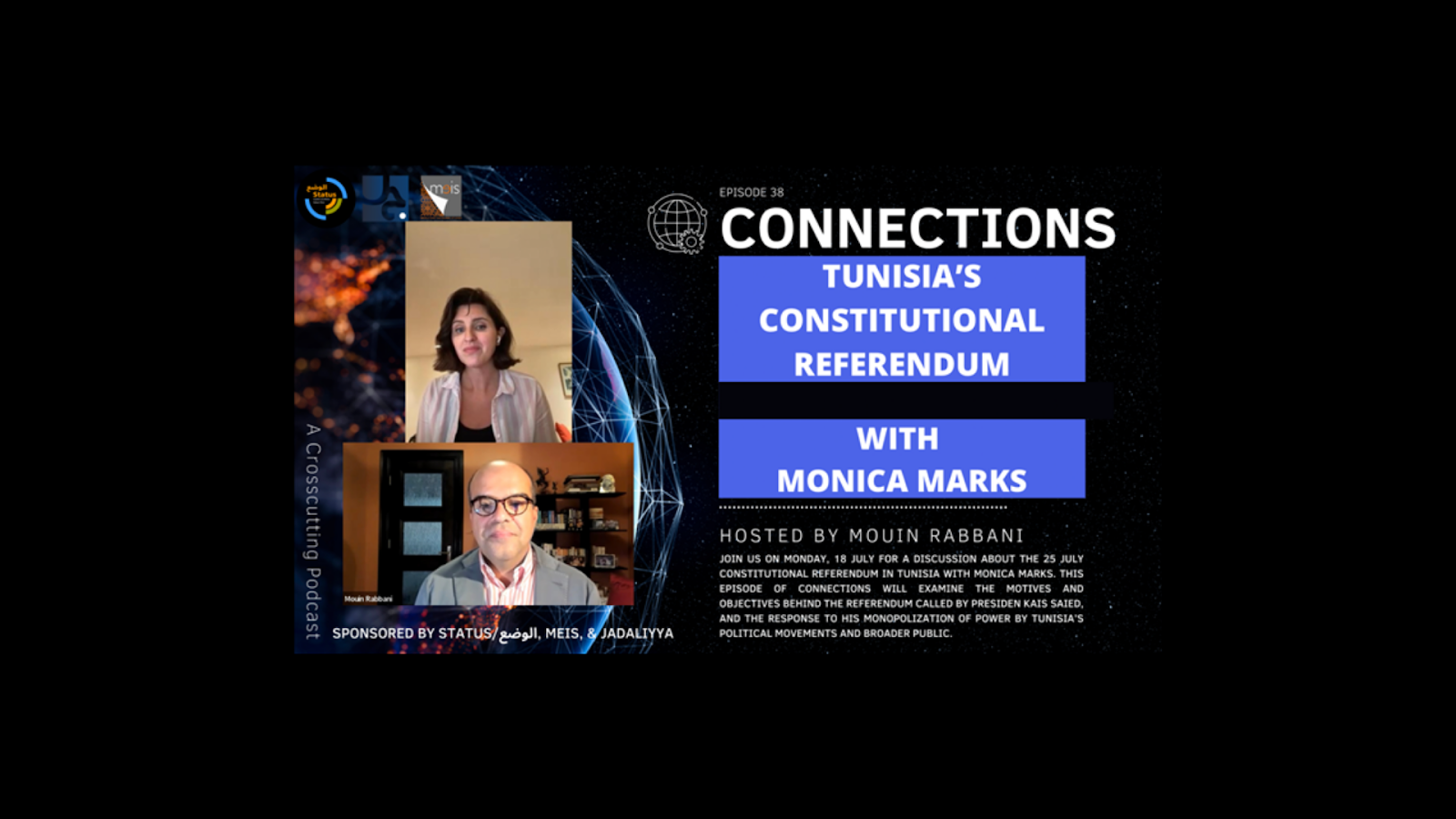 And of course, we have another episode from the Connections Podcast! For those that don’t know, Connections combines journalism, analysis, and scholarship to offer timely and informative interviews on current events and broader policy questions, as well as themes relevant to knowledge production.

In July, Connections host and Jadaliyya Co-Editor, Mouin Rabbani, spoke with Monica Marks, who is a leading international specialist on post-revolutionary Tunisian politics regarding the July 25 Constitutional Referendum in Tunisia.

This interview examines the motives and objectives behind the referendum called by President Kais Saied, and the response to his monopolization of power by Tunisia’s political movements and broader public.

Jadaliyya Co-Editor and Connections host Mouin Rabbani recalls the insights provided by Monica Marks on the politics and implications surrounding the recent Constitutional Referendum in Tunisia. 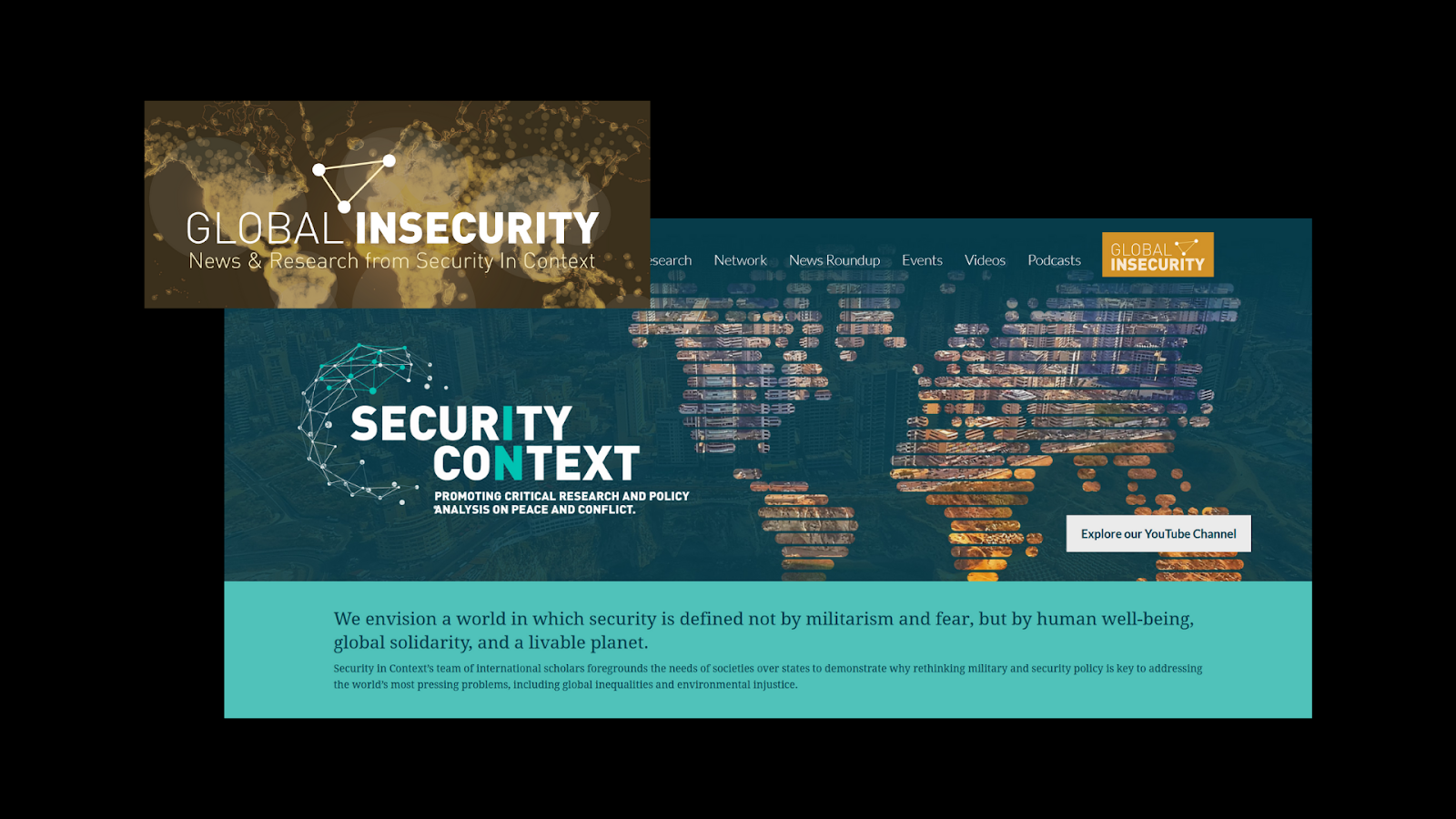 The team shared more exciting news from our partners at the Security in Context initiative, who recently launched a new online magazine and blog titled “Global Insecurity.” If you’re not already familiar, Security in Context is an international research initiative that aims to redefine the policies and practices of ‘security’ and influence debates on the futures of war, militarism, and international political economy.

Their team of international scholars centers the needs of societies over states to demonstrate why rethinking military and security policy is key to addressing the world’s most pressing problems, including global inequalities and environmental injustice. As a source of new research, debates, and pedagogical tools, the new Global Insecurity magazine will serve as an essential resource on global issues.

The team spoke with George Fourlas, who is the Associate Professor at Hampshire College and Senior Managing Editor of Global Insecurity, about the scope of the new online magazine, as well as the sorts of content the magazine is looking to publish. 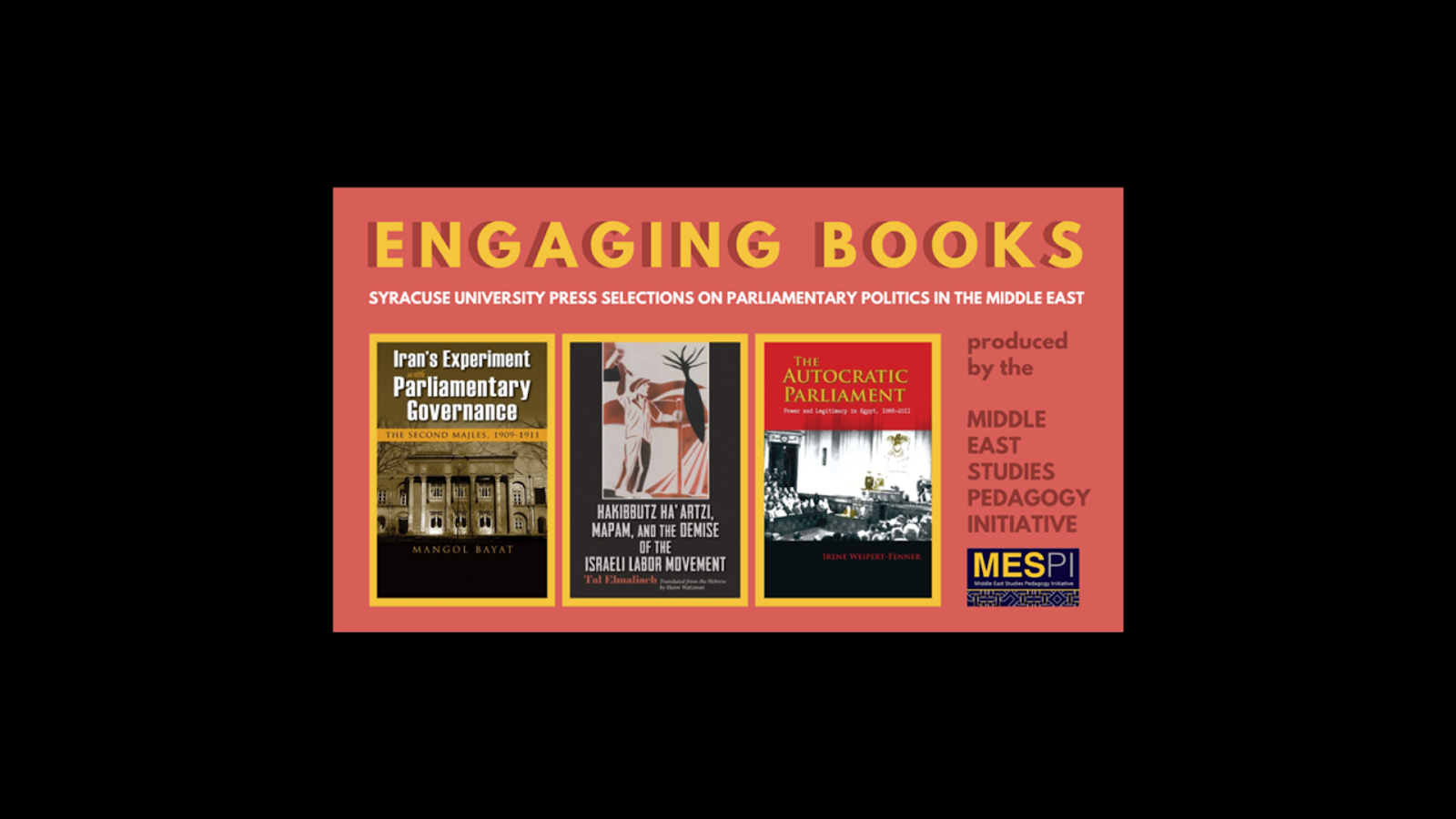 The team at the Middle East Studies Pedagogy Initiative recently published a new installment of the Engaging Books. For those that don’t know, Engaging Books is a monthly series featuring new and forthcoming books in Middle East Studies from publishers around the globe. Each installment highlights a trending topic in the MENA publishing world and includes excerpts from the selected volumes.

This installment involves a selection of texts from Syracuse University Press on the theme of parliamentary politics in the Middle East, covering topics such as the Iranian experience with the Second Majles from 1909-1911, the Israeli labor party, and the development of autocratic parliaments in Egypt. 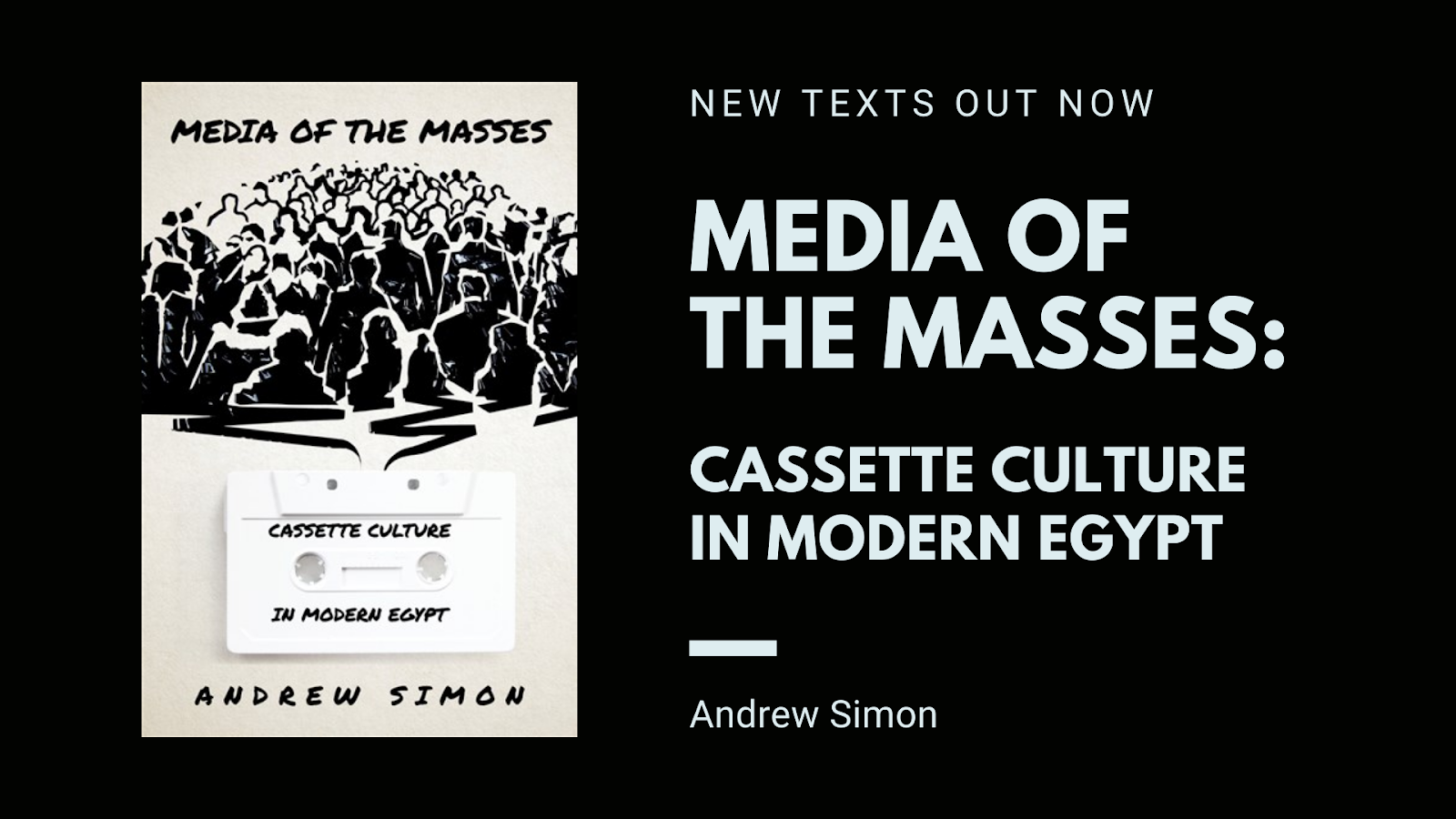 The book operates as a sort of mixtape, with each track, or chapter, revolving around a particular theme, from consumption, the law, and taste to circulation, history, and archives. Everyone from smugglers and singers to politicians and police officers play a part in this story, which strives to advance a series of conversations in Middle East studies. 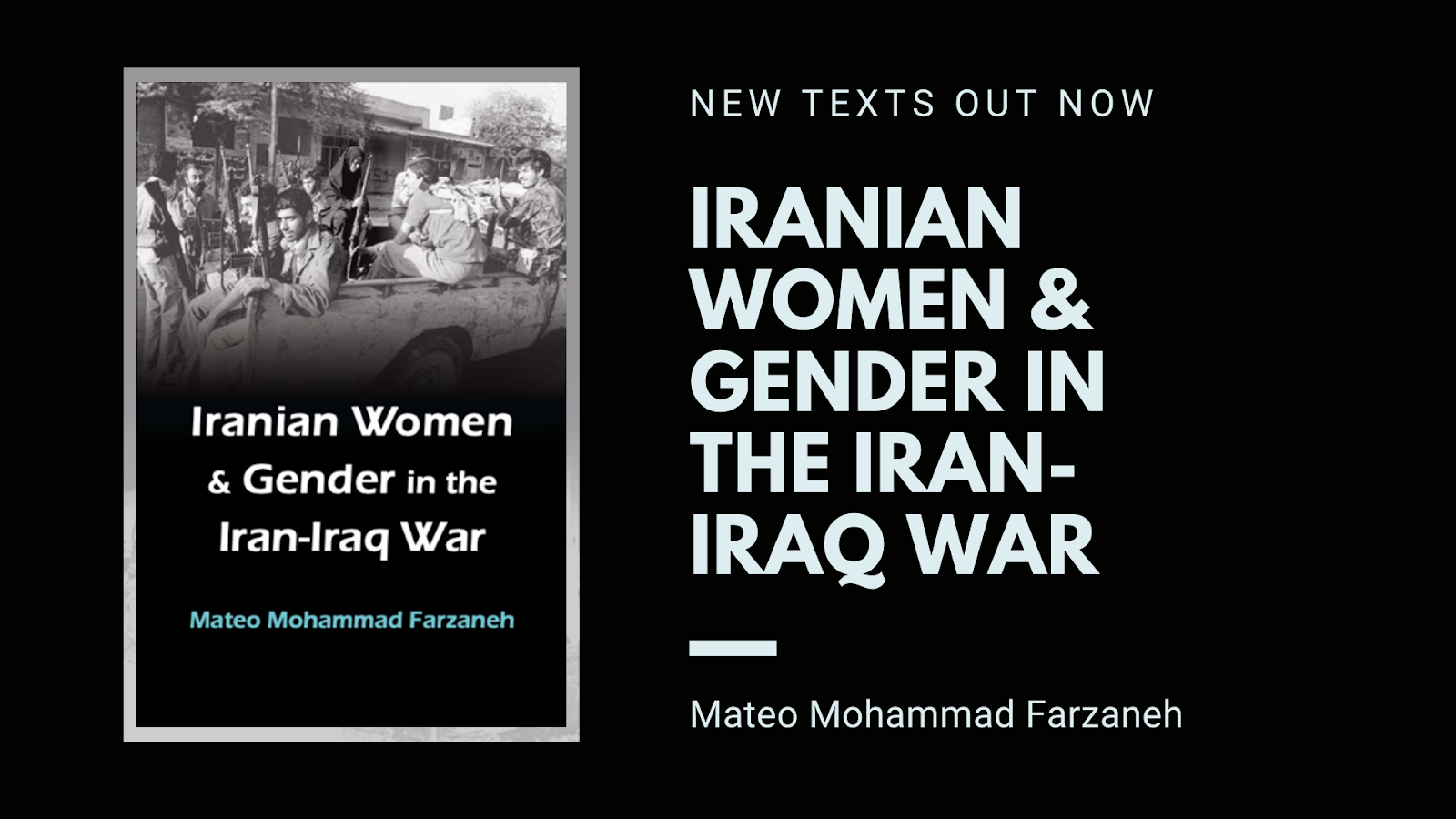 “Iranian Women and Gender in the Iran-Iraq War” by Mateo Mohammad Farzaneh unpacks the often-overlooked role of women in the Iranian war effort. Farzaneh discusses how women participated in the war, from the most mundane to the most skilled and critical tasks. The contextualization of their roles is achieved by critically analyzing sources that they produced or documents such as testaments, photographs, and interviews. 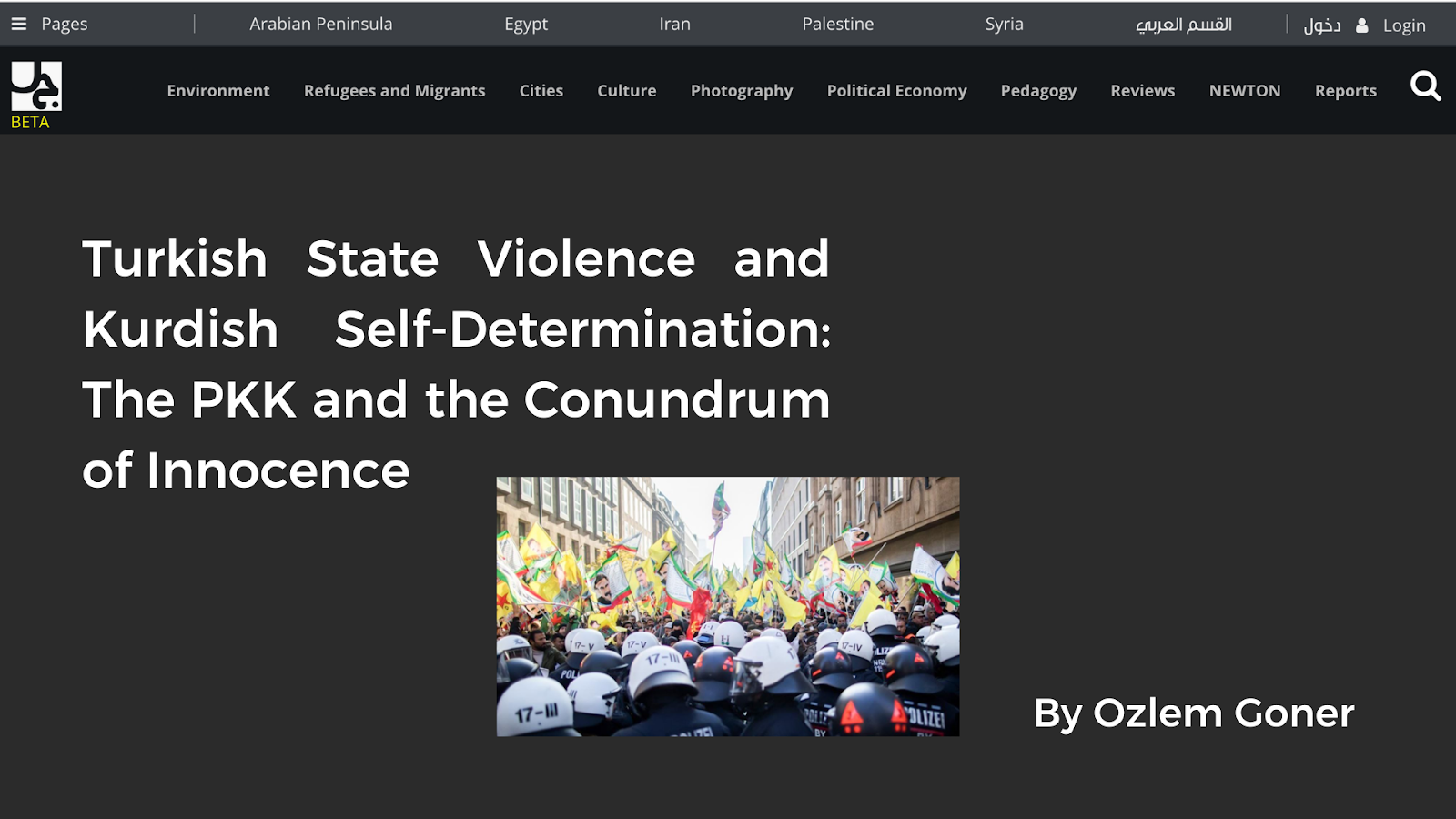 In a piece titled “Turkish State Violence and Kurdish Self-Determination: The PKK and the Conundrum of Innocence,” Ozlem Goner looks at two foundational instances of colonial state violence and anti-colonial struggles against the Turkish state.

The piece illuminates how Kurdish resistance is often analyzed from within state discourse, where self-defense and potential claims to self-determination are readily criminalized. Goner argues that most discussions of the PKK today ultimately reproduce colonial state discourse, where violence is recognized only through tamed notions of state-defined legality and human rights without reference to colonial violence and anti-colonial struggles. 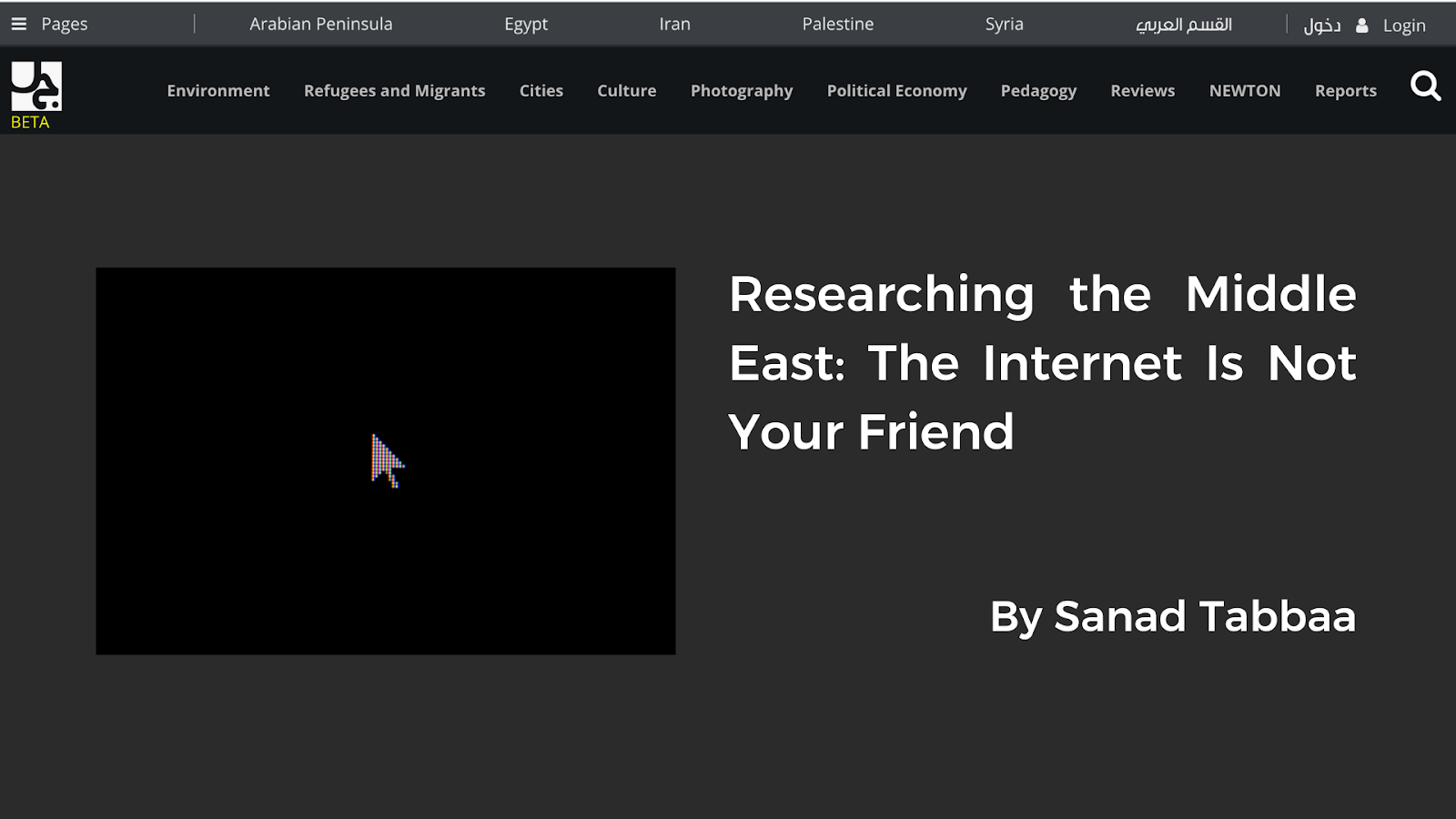 Sanad Tabbaa authored a piece titled “Researching the Middle East: The Internet Is Not Your Friend,” where she discusses the problems that arise when relying on the internet to conduct research on the Middle East. Popular ideas are, by design, difficult to dislodge from the internet for a variety of reasons, and the way that search engines operate exacerbate these sorts of issues. This is a must-read for anyone concerned with the problematics of internet-driven research, particularly regarding the Middle East and Arab world. 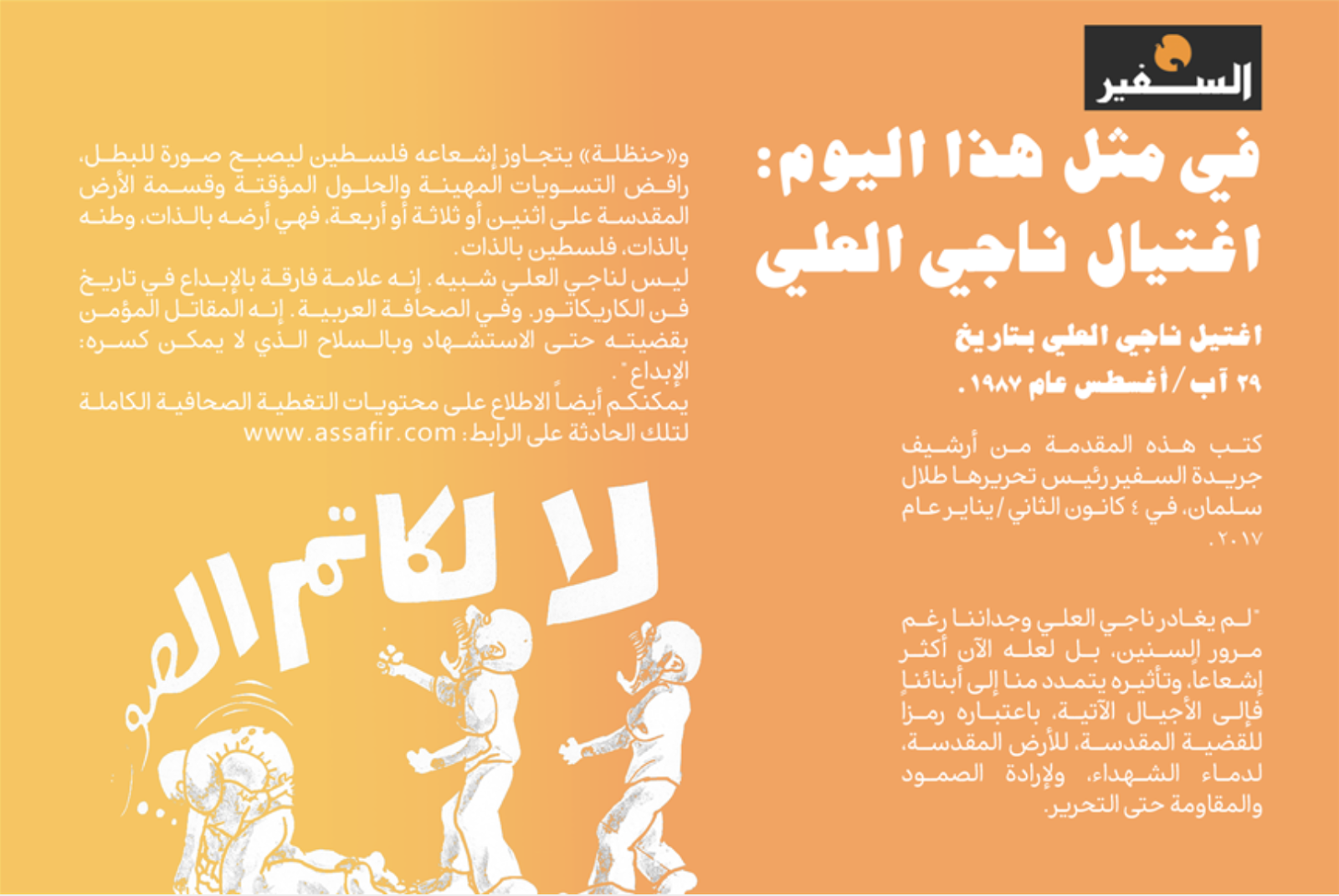 Jadaliyya’s Arabic page published another installment of the “On This Day” series, which is a collaboration with the Lebanese Assafir newspaper. This post commemorated the 35th anniversary of the assassination of legendary Palestinian political cartoonist Naji al-Ali, and features articles pulled from Assafir’s archives from the 1980s.