On Wednesday, 4 August, Jadaliyya co-editor Mouin Rabbani  spoke with Tunisian researcher and journalist Houda Mzioudet about current developments in Tunisia. President Kais Saied’s 25 July dismissal of prime minister Hichem Mechichi and suspension of parliament have plunged the country into crisis. This episode of Connections examines the background, responses, and potential implications of the ongoing power struggle. 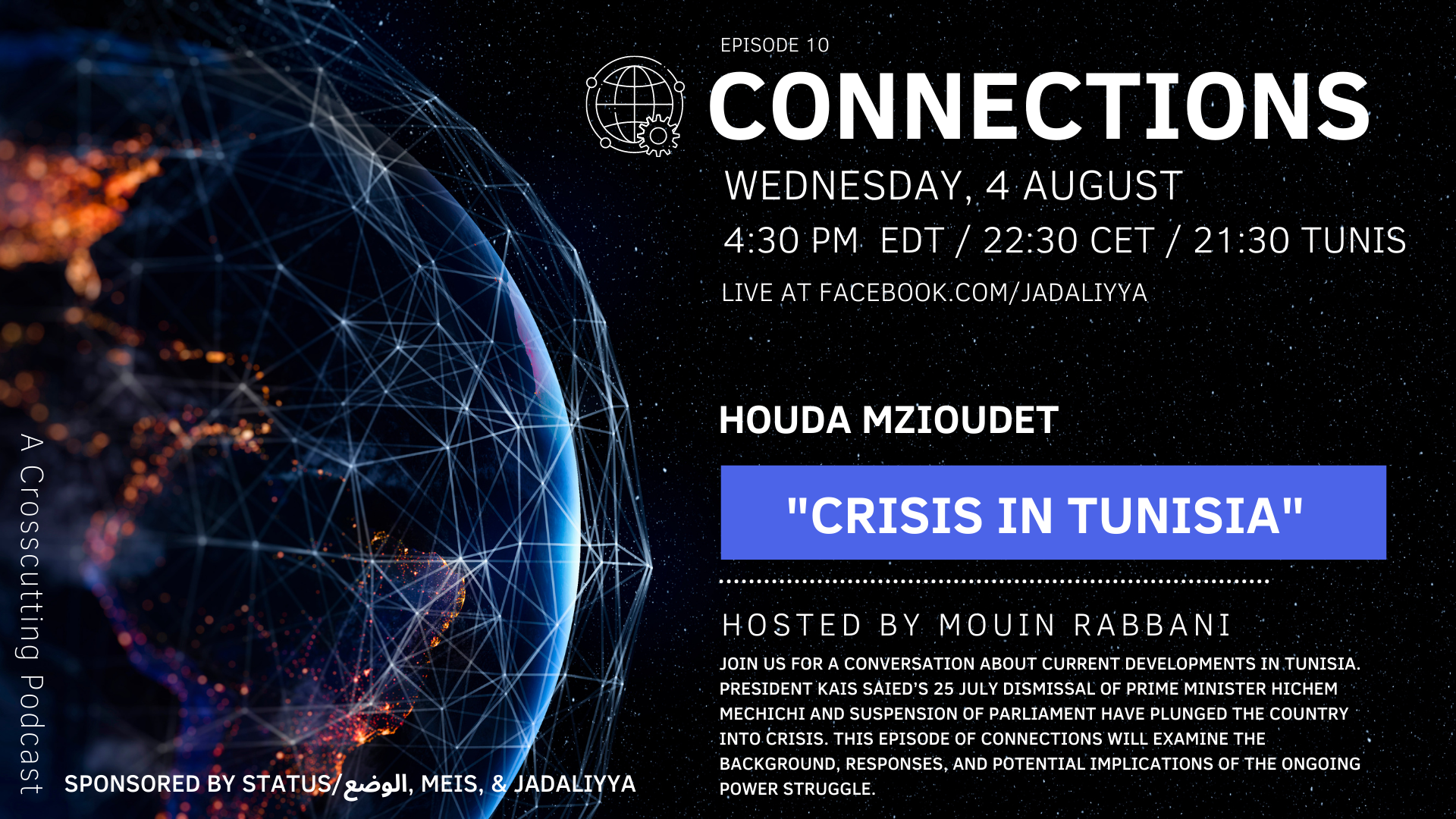