Ten Years On Project: Women's Filmmaking in the Aftermath of the Uprisings (Video)

Ten Years On:
Women's Filmmaking in the Aftermath of the Uprisings

This is event is part of the
Ten Years On: Mass Protests and Uprisings in the Arab World Project 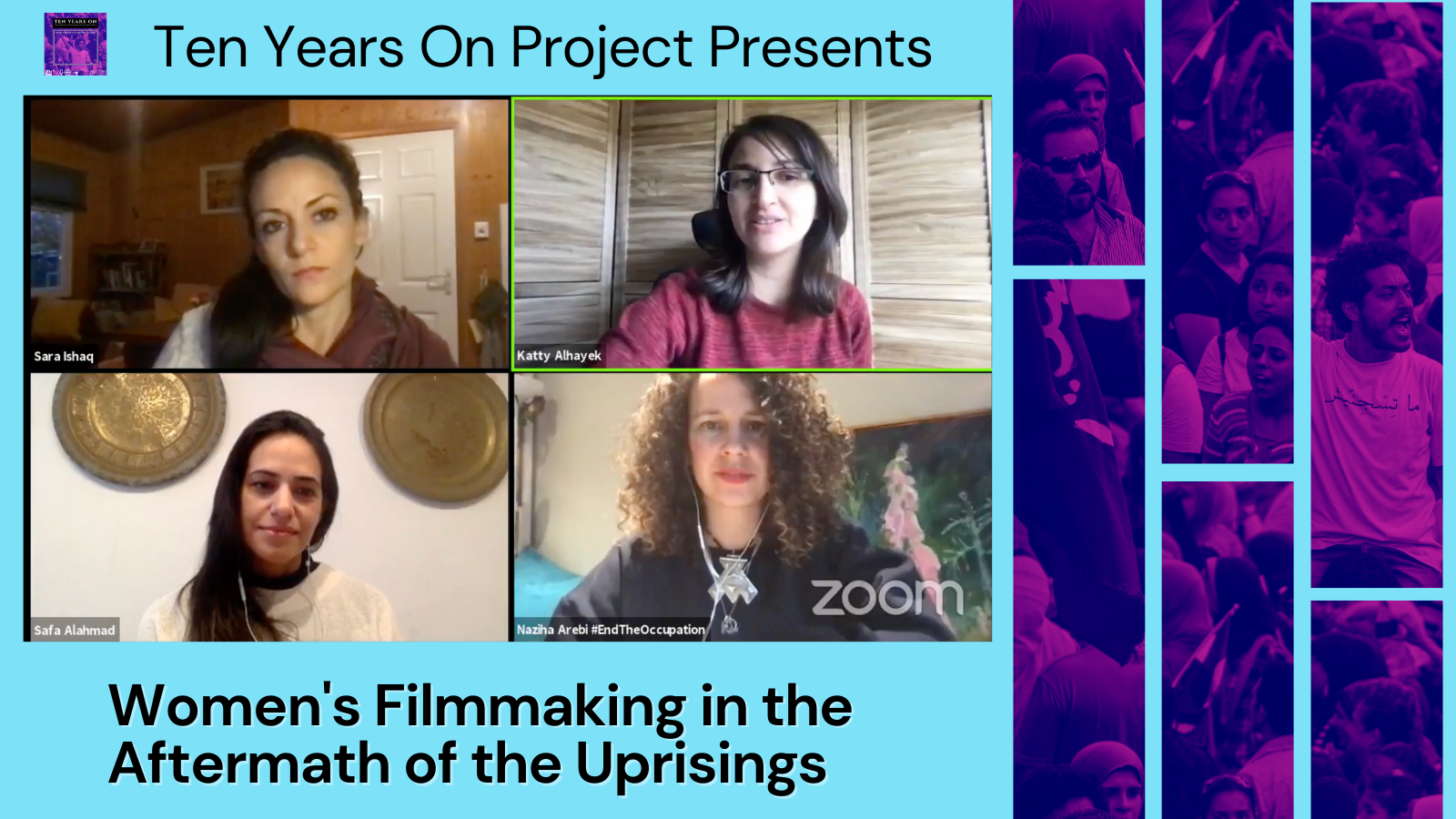 The Center for Contemporary Arab Studies at Georgetown University and the Ten Years On Project hosted an online panel discussion with prominent Arab women filmmakers who have documented the aftermath of the 2011 Arab Uprisings, in the region capturing both pivotal moments and everyday life in Yemen, Libya, and Saudi Arabia.

Sara Ishaq is a Yemeni-Scottish film director. Ishaq directed and produced the critically acclaimed film Karama Has No Walls (2012). The short film was nominated for an Academy Award for Best Documentary (Short Subject) and BAFTA Scotland New Talents award. In 2013, her award-winning feature film The Mulberry House, which deals with her relationship with her family against the backdrop of the 2011 Yemeni uprising, premiered at IDFA.

Safa al-Ahmad is a Saudi Arabian journalist and filmmaker. She has directed documentaries for PBS and the BBC focusing on uprisings in the Middle East. On November 19, 2019, she was awarded the Wallenberg Medal at the University of Michigan. She was the joint winner of the 2015 Index on Censorship Freedom of Expression Award for Journalism and was a finalist for the 2014 Sony Impact Award.

Dr. Katty Alhayek (organizer and moderator) is an Assistant Teaching Professor in the Center for Contemporary Arab Studies at Georgetown University (USA) and an incoming Assistant Professor in the School of Professional Communication at Ryerson University (Canada). Alhayek’s research centers around themes of marginality, media, audiences, gender, intersectionality, and displacement in a transnational context. Alhayek completed her Ph.D. in Communication at the University of Massachusetts Amherst with a graduate certificate in Advanced Feminist Studies. Her publications include articles in the International Journal of Communication; Feminist Media Studies; Gender, Technology and Development; Syria Studies; and Participations: Journal of Audience and Reception Studies.