This month, co-hosts Bassam Haddad and MK Smith discussed content dealing with the Russian invasion of Ukraine, pedagogy, a panel on Lebanon’s upcoming parliamentary elections, a virtual reality exhibit, a new episode of the Connections podcast on Yemen’s Endless War, a bundle of pieces on Palestinian political prisoners, and more.

Quick Thoughts: The Invasion of Ukraine 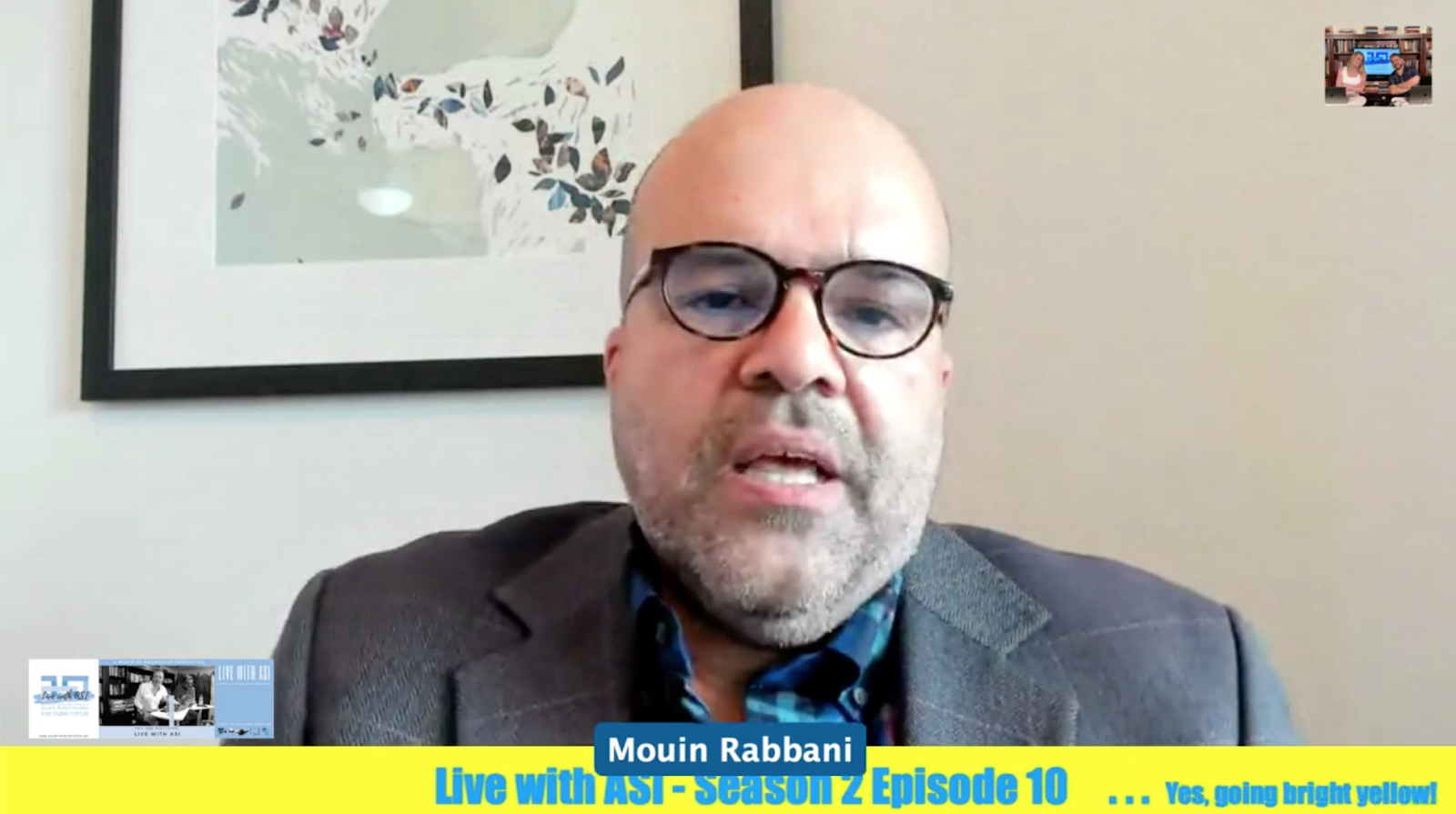 Jadaliyya Co-Editor Mouin Rabanni discusses his experience speaking at an Israeli Apartheid week event at a Dutch university and brings this story into the context of discrepancies between how the West treats occupation in Palestine and Ukraine.

In late March, friend of the show, Mouin Rabbani, spoke in a panel discussion as part of Israel Apartheid Week at Leiden University in the Hague. He spoke about the cognitive dissonance between the way the West has responded to Russian aggression in Ukraine and Israeli aggression in Palestine—especially when it comes to boycotts. His panel contribution was transcribed and published on Jadaliyya.

Mouin also published yet another insightful Quick Thoughts piece on Ukraine. In it, he answers questions by Hesham Sallam regarding the response of Arab governments to the Russian invasion. 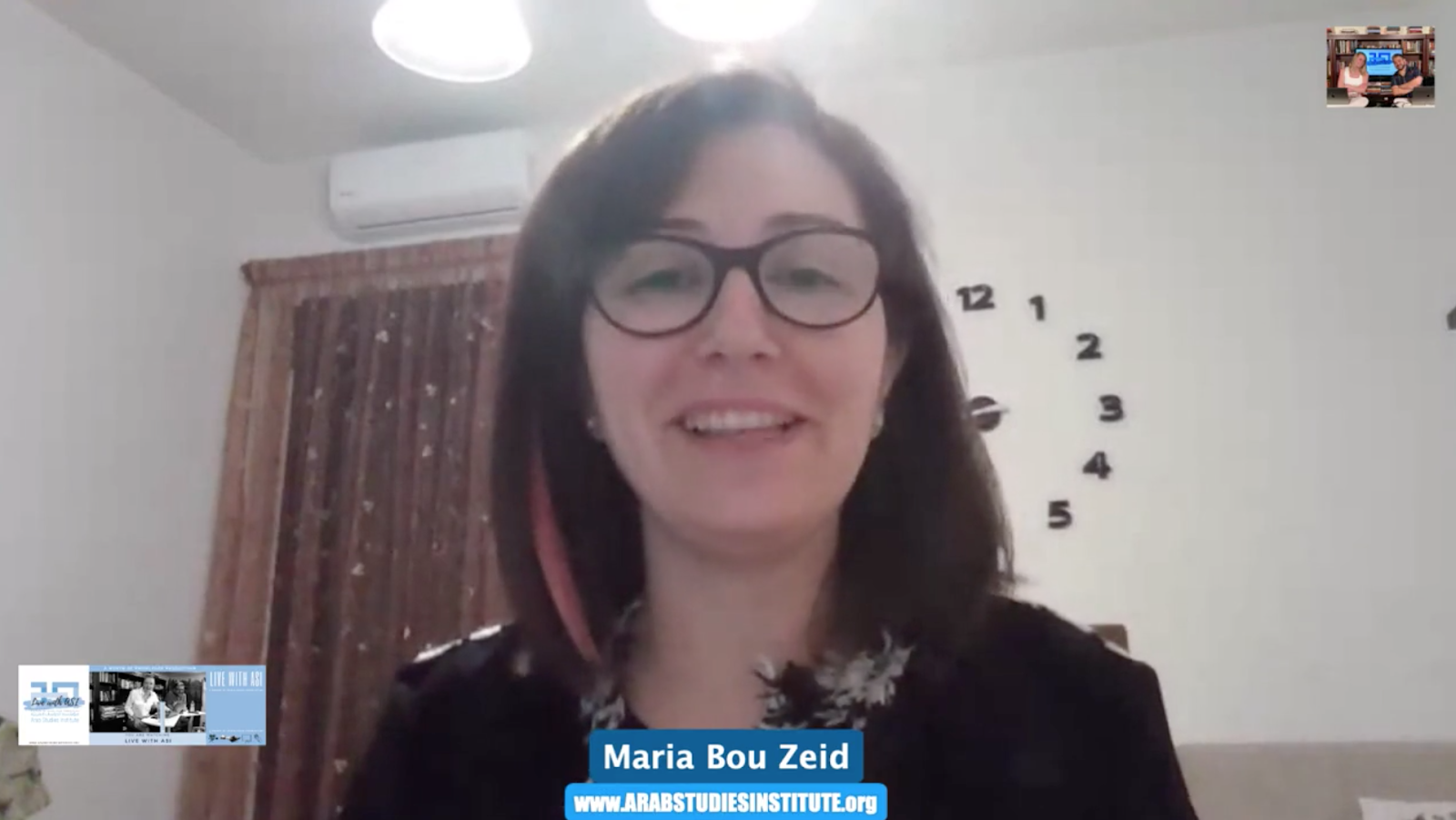 Maria Bou Zeid shared some notable insights from the panel, and discussed the stakes of Lebanon’s upcoming elections.

This event was part of the collaborative project, Ten Years On: Mass Protests and Uprisings in the Arab World, which brought together seventeen of ASI’s partners to produce resources for educators, researchers, students, and journalists to more critically understand the Arab Uprisings, and their various dimensions, over the past decade. The panel offered an interdisciplinary analysis of the Lebanese electoral process, with experts from a variety of fields exploring effective approaches to challenging the status quo of the current political system in Lebanon.

Bassam and MK were joined by the event’s moderator, Maria Bou Zeid, who is Associate Professor and Chairperson of the Media Studies Department at Notre Dame University-Louaize, and also is the Executive Director of ASI’s Beirut Office, to share some of the panel’s insights. In late March, Jadaliyya’s Palestine Page released a bundle of incisive content on the topic of Palestinian Political Prisoners.

This bundle was initiated as part of an effort to welcome Jadaliyya’s newest Palestine Page editors, Randa Wahbe, Nour Joudah, and Rabea Eghbaria, and is dedicated to exploring the realm of Palestinian imprisonment, settler-colonial carceral technologies, and resistance. The newly expanded editorial team solicited articles, reflections, and collated additional resources on the matter, such as past Jadaliyya articles as well as Prisoners’ letters. 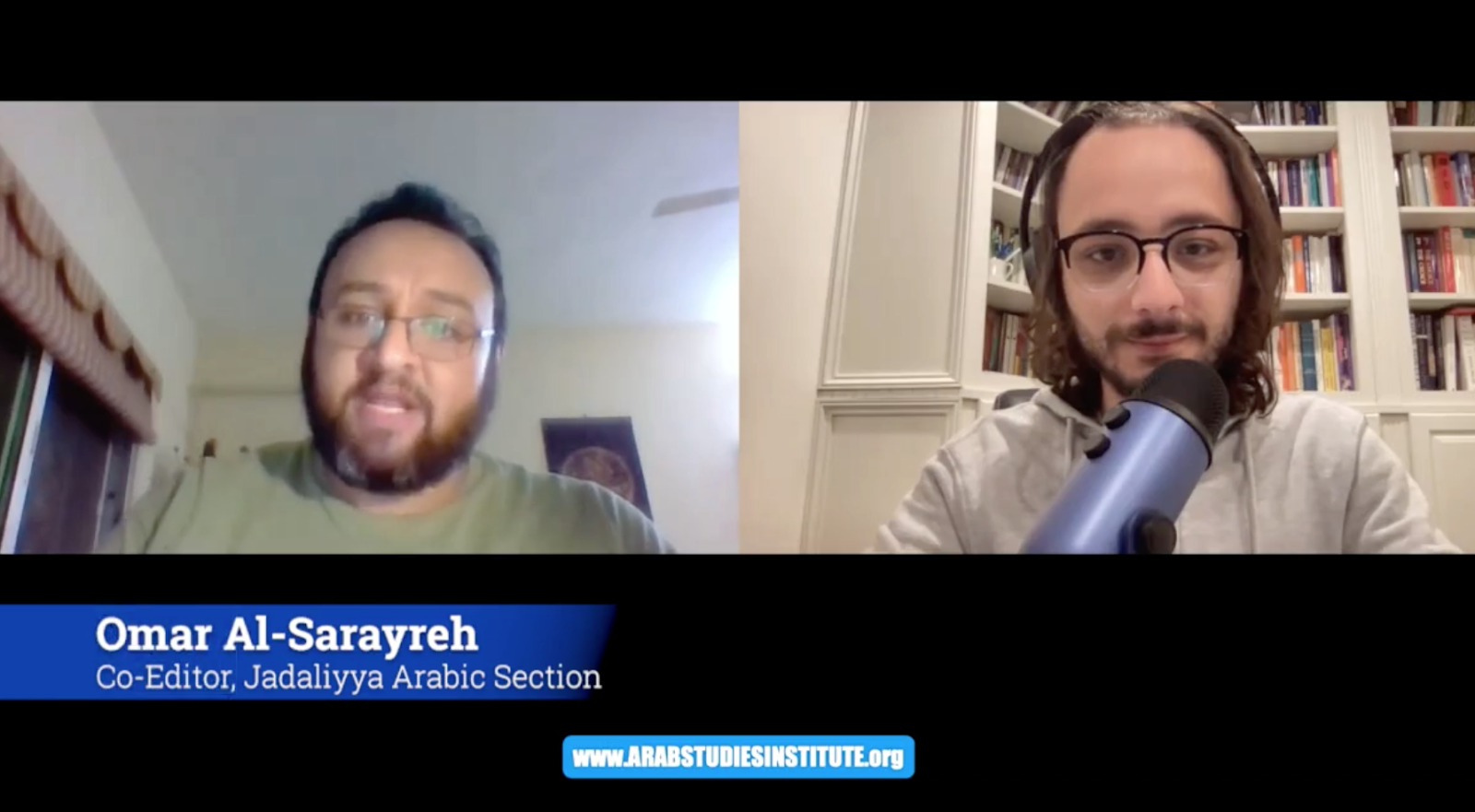 LWA producer Mohammad Abou-Ghazala spoke with Arabic Page co-editor, Omar Al-Sarayreh, on what the page has been up to in recent months. Omar shared some of the most notable pieces published in recent weeks, ranging from Arabic translations of West African poetry, pieces on the futility of applying the Left-Right binary framework on the Arab world, and Syrian refugee mothers in Europe. 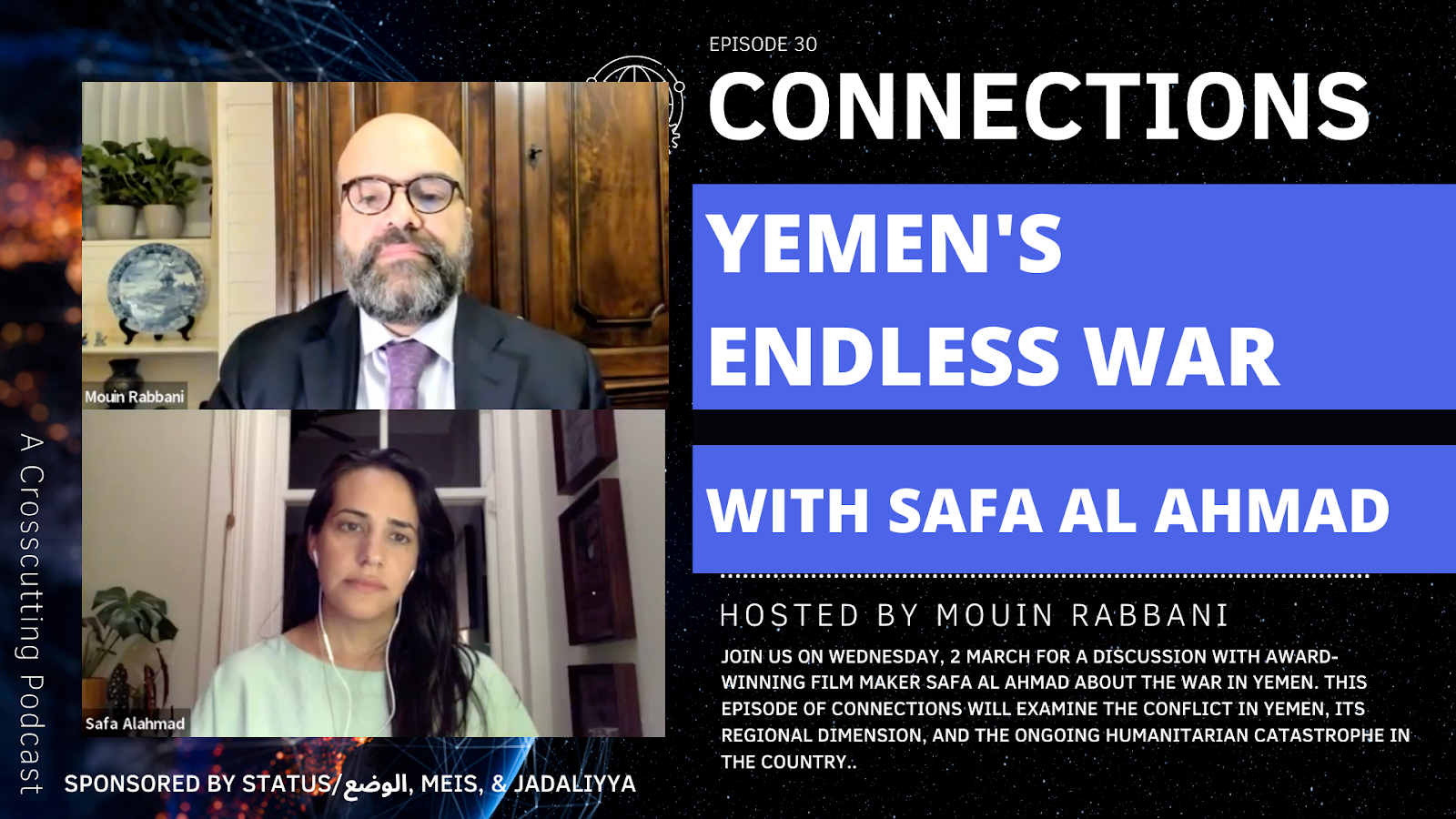 Connections Podcast host Mouin Rabbani produced several episodes in March. In one of these episodes, Mouin interviewed journalist and award-winning filmmaker, Safa Al Ahmad, on the war in Yemen, its regional dimensions, and ongoing humanitarian catastrophe in the country. Their conversation focused on Al Ahmad’s work about the war in Yemen and its staggering human toll.

Geographies of the Future 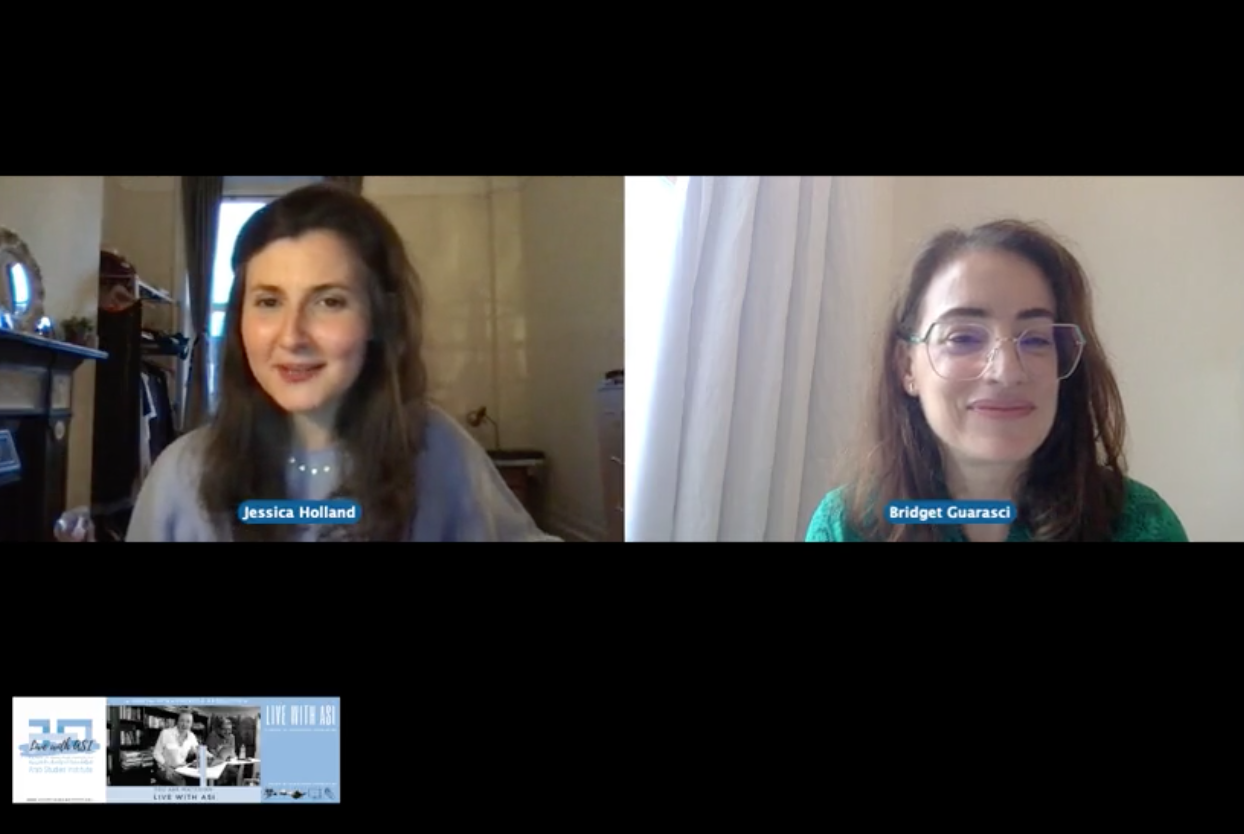 Jessica Holland and Bridget Guarasci speak on the experience of curating this exhibit, and the future of virtual reality in Arab and Middle East studies.

George Mason University’s Middle East and Islamic Studies program held an event on a new exhibit titled, “Geographies of the Future: Traveling the Arab Majority World in Virtual Reality,” which experiments with virtual media to render impossible worlds, possible. Artists participating in the exhibit reimagined geographies of the Arab-majority world in order to analyze political violence, or to chart known landscapes in new ways.

The exhibit was curated by Jessica Holland, who is the Manager of Knowledge Production and Pedagogy at the Forum on Arab and Muslim Affairs, and Bridget Guarasci, who is Assistant Professor of Anthropology at Franklin & Marshall College. 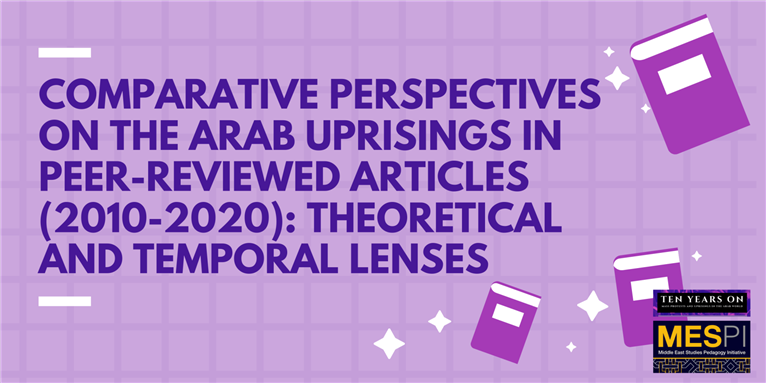 The MESPI team curated a bouquet of peer-reviewed articles published between 2010 and 2020 that all place the Arab uprisings into conversations on theory and temporality. You can find this resource at MESPI.org. It’s titled, “Comparative Perspectives on the Arab Uprisings in Peer-Reviewed Articles (2010-2020): Theoretical and Temporal Lenses.”

The Ten Years On Project module on the MESPI website is fully operational and ready for dissemination! This module contains all of the events, signature panels, books, essential readings, publishers’ collections, and peer-reviewed articles produced as part of the Ten Years On project’s mission of interrogating the Arab Uprisings and their aftermath. Be sure to check it out at MESPI.org. 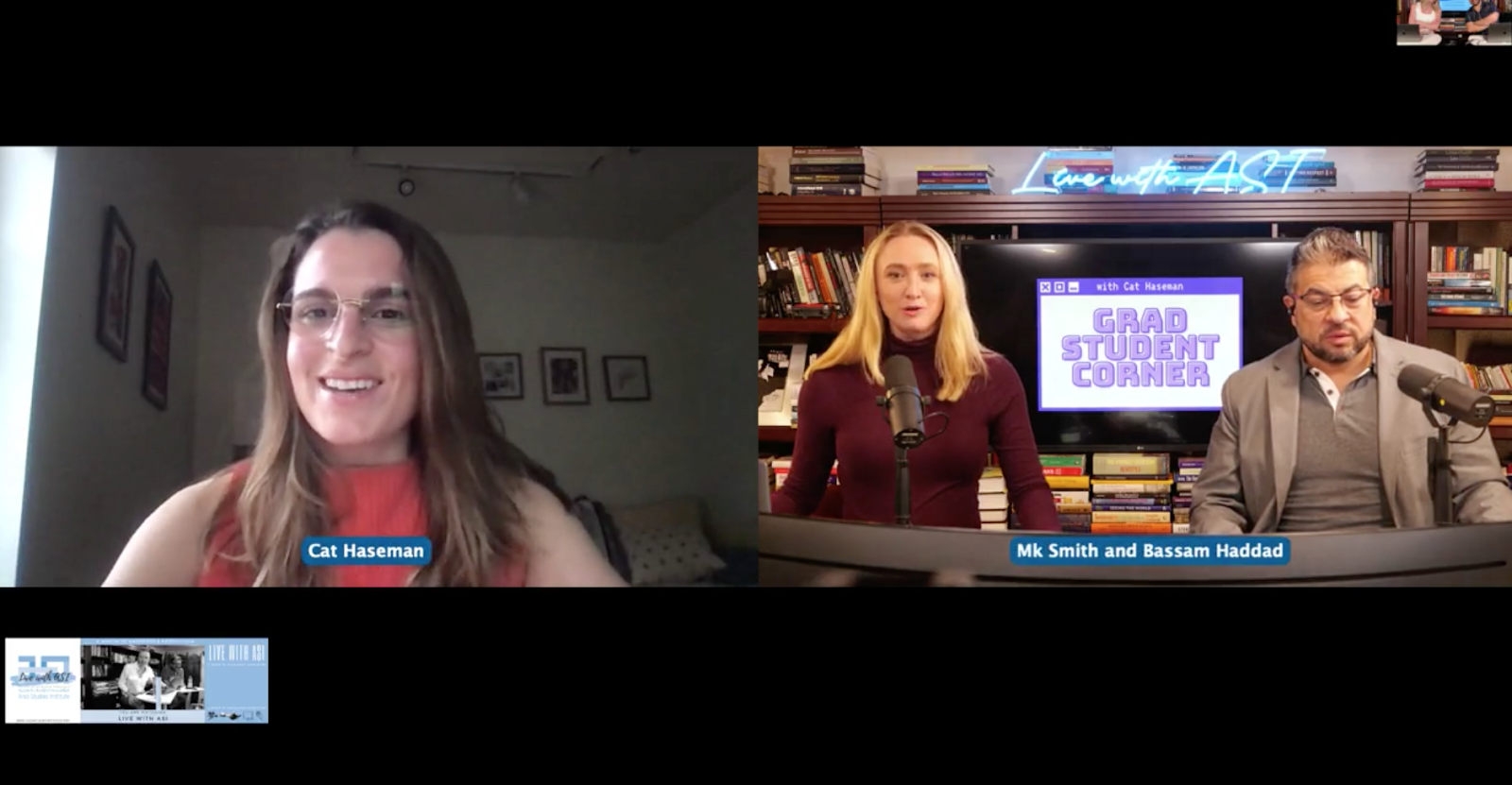 Cat Haseman calls in for the Grad Student Corner segment.

First, Co-Editor of the Jadaliyya Maghreb page, Muriam Haleh Davis, wrote an analytical piece in response to French President Macron’s speech about the sixtieth anniversary of the Evian Accords, between the French State and the Algerian FLN. She argues that Macron pays lip service to the idea of “reconciliation” but has not addressed any of the root issues that have made Franch less democratic and egalitarian and more Islamophobic.

Second, Alix Chaplain wrote an article titled “Strategies of Power and the Emergence of Hybrid Mini-Grids in Lebanon,” which analyzes how households, businesses, and cities in Lebanon have stopped relying on the failed national electric grid and found alternative modes of electricity. In the article, Chaplain discusses how this necessity has bred a novel decentralized organizational model.

Third, Mouin Rabbani interviewed Erella Grassiani in a Quick Thoughts piece about how the Dutch government acquired an Israeli wiretapping system for its police forces. The two have an insightful back and forth about the controversy of outsourcing  wiretapping operations to foreign companies and about the story’s wider implications across Europe.

This month there were several New Texts Out Now interviews with authors of recently-published books. In this month’s show, we highlighted two NEWTONs—and strongly recommended that viewers take a look at the others here. 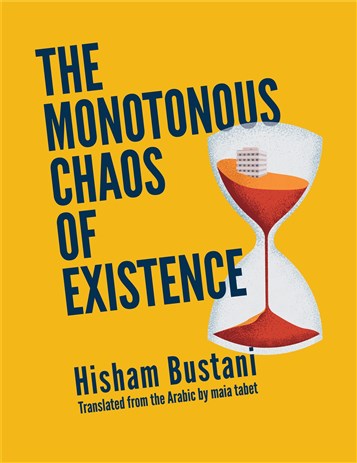 Hisham Bustani’s collection of short stories The Monotonous Chaos of Existence, translated brilliantly by Maia Tabet, – a variety of forms and narrative styles and jumps in time and space, in a way showing the impossibility of pinning down the contemporary Arab world; themes range from personal to political. 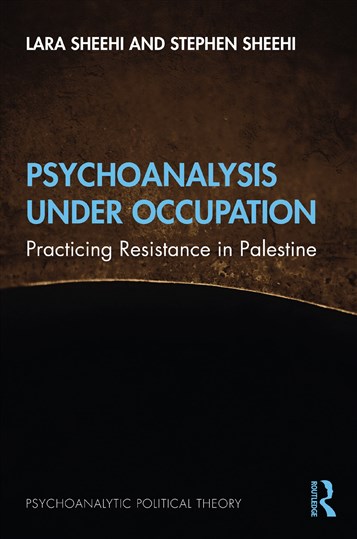 The second NEWTON covered was “Psychoanalysis Under Occupation” by Lara Sheehi and Stephen Sheehi.  This book surveys how Palestinian psychoanalytic clinicians see their own practice as a form of resistance to settler-colonial violence.

The Arab Studies Institute is now accepting internship applications for Spring, 2022! You can apply today for a number of positions with ASI’s branches, like the Arab Studies Journal, Jadaliyya, Quilting Point, the Forum on Arab and Muslim Affairs, and Tadween Publishing.

You can apply for a general internship or for specific positions, which you can find in the Call for Interns linked in this Episode’s Digest. All internship positions are virtual unless stated otherwise.

Applications are now being reviewed on a rolling basis, so apply today!