On Wednesday, 2 March a discussion between Jadaliyya co-editor Mouin Rabbani and award-winning film maker Safa Al Ahmad about the war in Yemen. This episode of Connections examines the conflict in Yemen, its regional dimension, and the ongoing humanitarian catastrophe in the country.

Safa Al Ahmad is a Saudi journalist and filmmaker who has directed documentaries for PBS and the BBC focusing on the Middle East. Her film Saudi’s Secret Uprising was the first documentary of its kind to document the historically unprecedented protests in the Kingdom. Her work on Yemen during the past decade reflects the bloody trajectory of the conflicts within the country and their international impact. It has earned her four Emmy nominations and two awards.Her ‘Yemen Under Siege’, which took a close-up look at the staggering human toll of the conflict, received two Emmy Awards in 2017 for best story of the year and best continuous coverage. In 2019 her film ‘Targeting Yemen’, for PBS Frontline, exposed the continued and escalating US involvement in the war on Yemen. Al Ahmad is the winner of the 2015 Index on Censorship Freedom of Expression Award for Journalism; the El Mundo award for journalism for her body of work in 2015; the 2015 Canadian Journalists for Free Expression (CJFE) International Press Freedom Award; and the 2014 Association of International Broadcasting (AIB) Best International Investigation for 'Saudi's Secret Uprising'.


Mouin Rabbani has published and commented widely on Palestinian affairs, the Israeli-Palestinian conflict, and the contemporary Middle East. He was previously Senior Analyst Middle East and Special Advisor on Israel-Palestine with the International Crisis Group, and head of political affairs with the Office of the United Nations Special Envoy for Syria. He is Co-Editor of Jadaliyya Ezine. 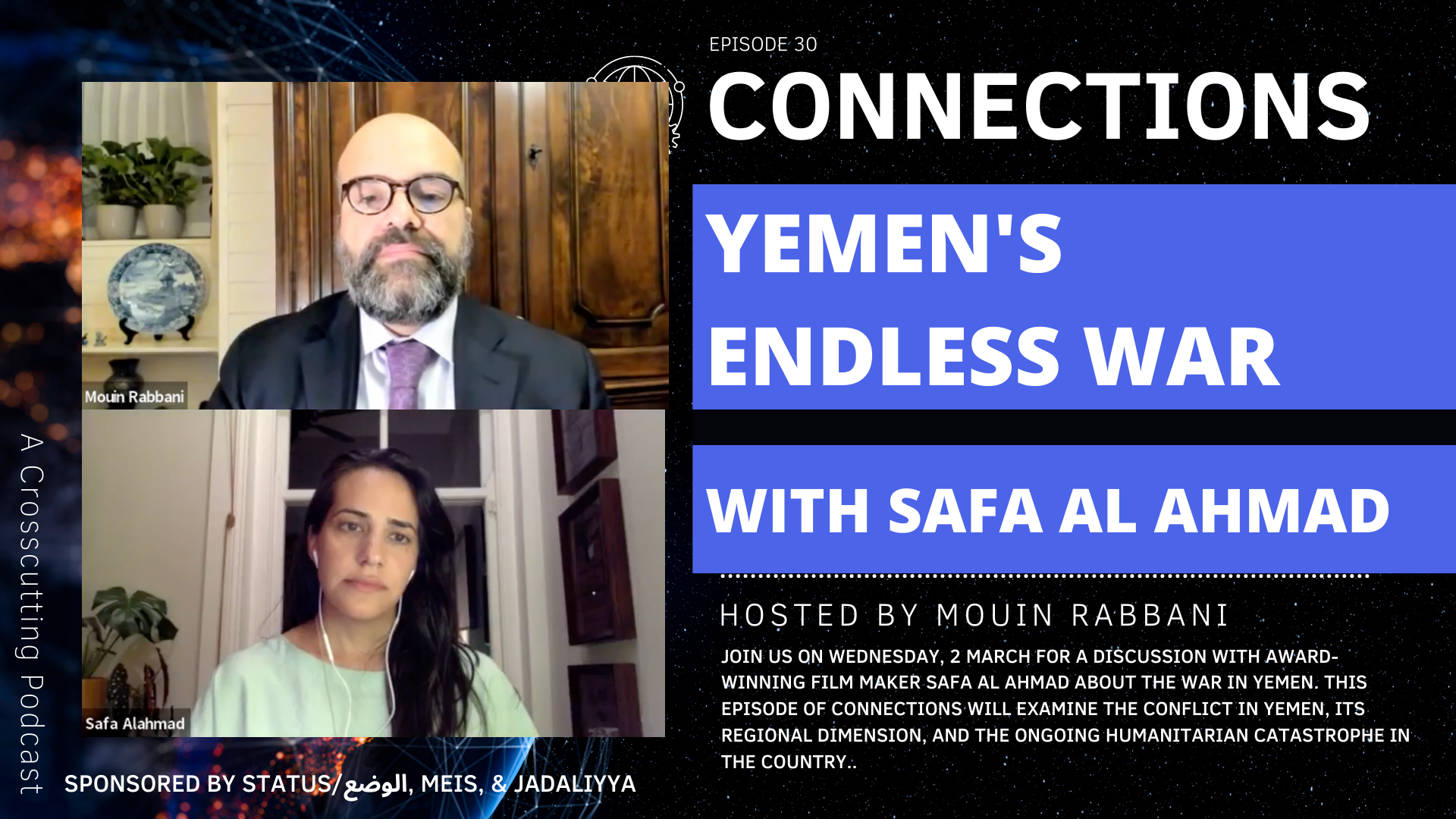