In the US, both media and popular narratives on the conflict in Israel and the Occupied Territories of Palestine are shifting. Information about the nature of Israeli domestic politics, life under occupation for Palestinians, and the tactics employed by the Israeli military is visible in the US mainstream in a way it was not just a few years ago. Join us for a discussion of some of the most lasting misconceptions around this conflict, where experts will help us contextualize and understand why these myths have endured so long.

Mezna Qato is historian of the modern Middle East, and in particular of migration, development, and social histories of Palestinian refugee and exile communities. She was previously a Spencer Fellow at the National Academy of Education, and Junior Research Fellow at King’s College, Cambridge. She is currently completing a book on the history of education for Palestinians.  Her research and teaching interests centre on histories and theories of social, economic and political transformation amongst refugee and stateless communities, the politics and practice of archives, and global micro-histories of movements and collectivities in the Middle East.

Shira Robinson is completing a book on the contradictions of liberal settler sovereignty in post-1948 Israel. She teaches history and international affairs at the George Washington University. 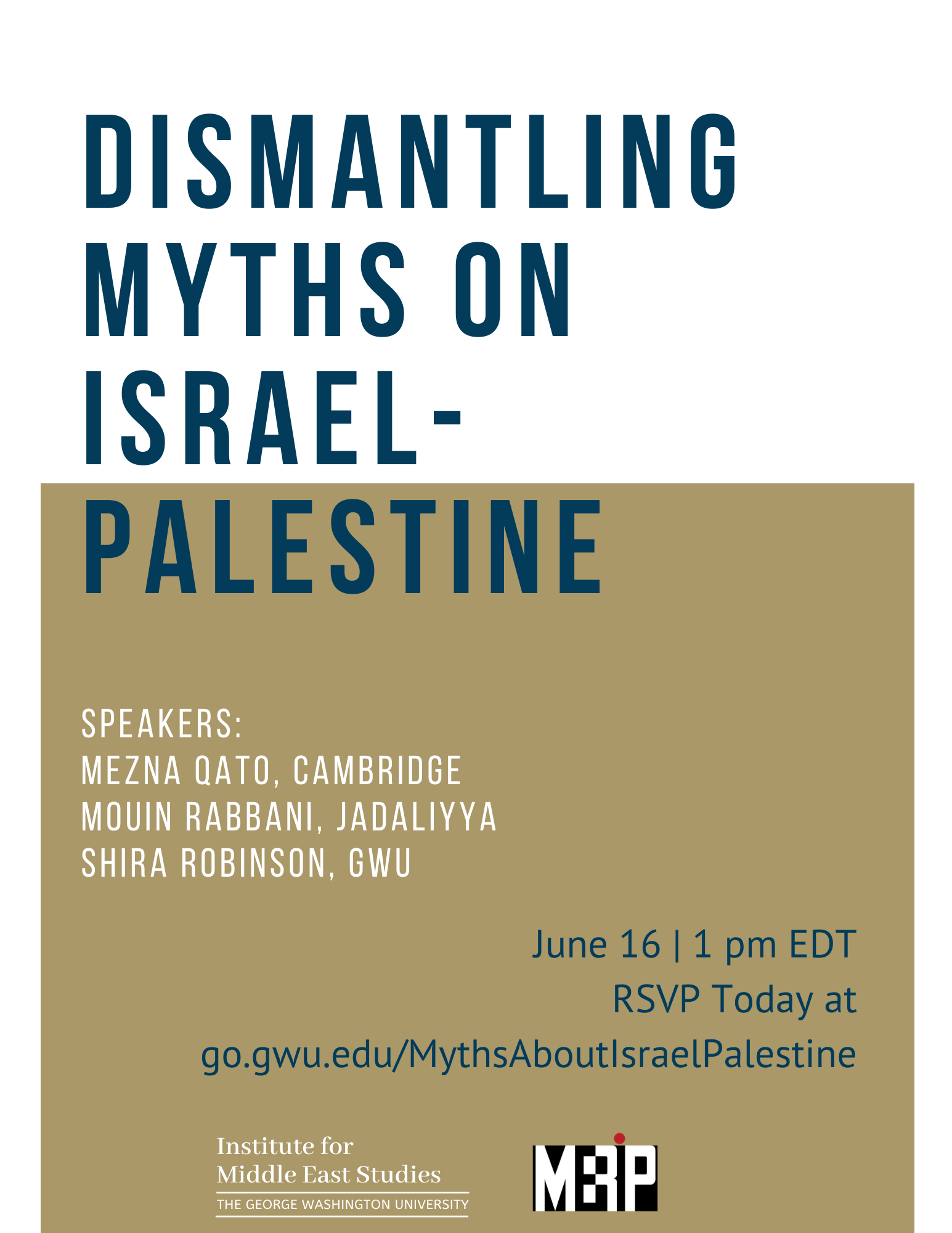