Connections Episode 11: A Planet in the Balance with Jeffrey D. Sachs (Video)

A Planet in the Balance

On Monday, 9 August Jadaliyya co-editor Mouin Rabbani  spoke with leading economist Jeffrey Sachs about the challenges facing the globe during this pivotal decade. As the world remains mired in the COVID-19 pandemic, the existential dangers of climate change are becoming increasingly clear. This episode of Connections examines the economic dimensions of climate change, the persistence of widespread poverty and inequality, and their inter-relationship.

Jeffrey D. Sachs is a University Professor and Director of the Center for Sustainable Development at Columbia University, where he directed the Earth Institute from 2002 until 2016. He is also President of the UN Sustainable Development Solutions Network and a commissioner of the UN Broadband Commission for Development. He has been advisor to three United Nations Secretaries-General. He spent over twenty years as a professor at Harvard University, He has authored numerous bestseller books. His most recent book is The Ages of Globalization: Geography, Technology, and Institutions (2020). He is currently hosting the podcast “Book Club with Jeffrey Sachs”. Sachs was twice named as one of Time magazine’s 100 most influential world leaders and was ranked by The Economist among the top three most influential living economists. 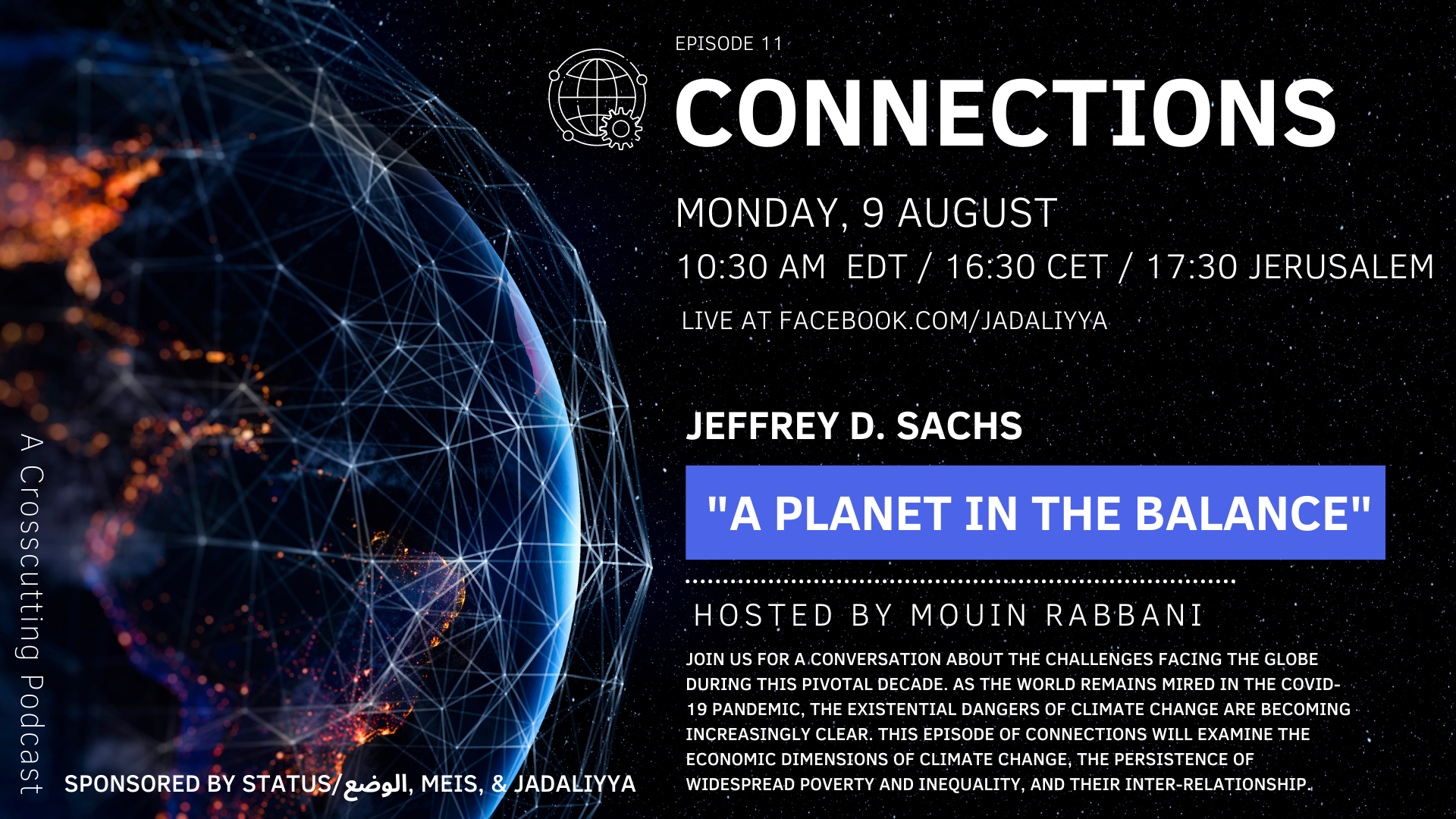