Join us on Wednesday, 18 August for a conversation with former United Nations Under-Secretary-General Benon Sevan, who served as UN envoy to Afghanistan and Pakistan from 1988-1992, and Jadaliyya co-editor Mouin Rabbani about current developments in Afghanistan. This episode of Connections will examine the US/NATO withdrawal from Afghanistan and collapse of the government in Kabul, and how it compares with the Soviet withdrawal in 1989 and its aftermath. 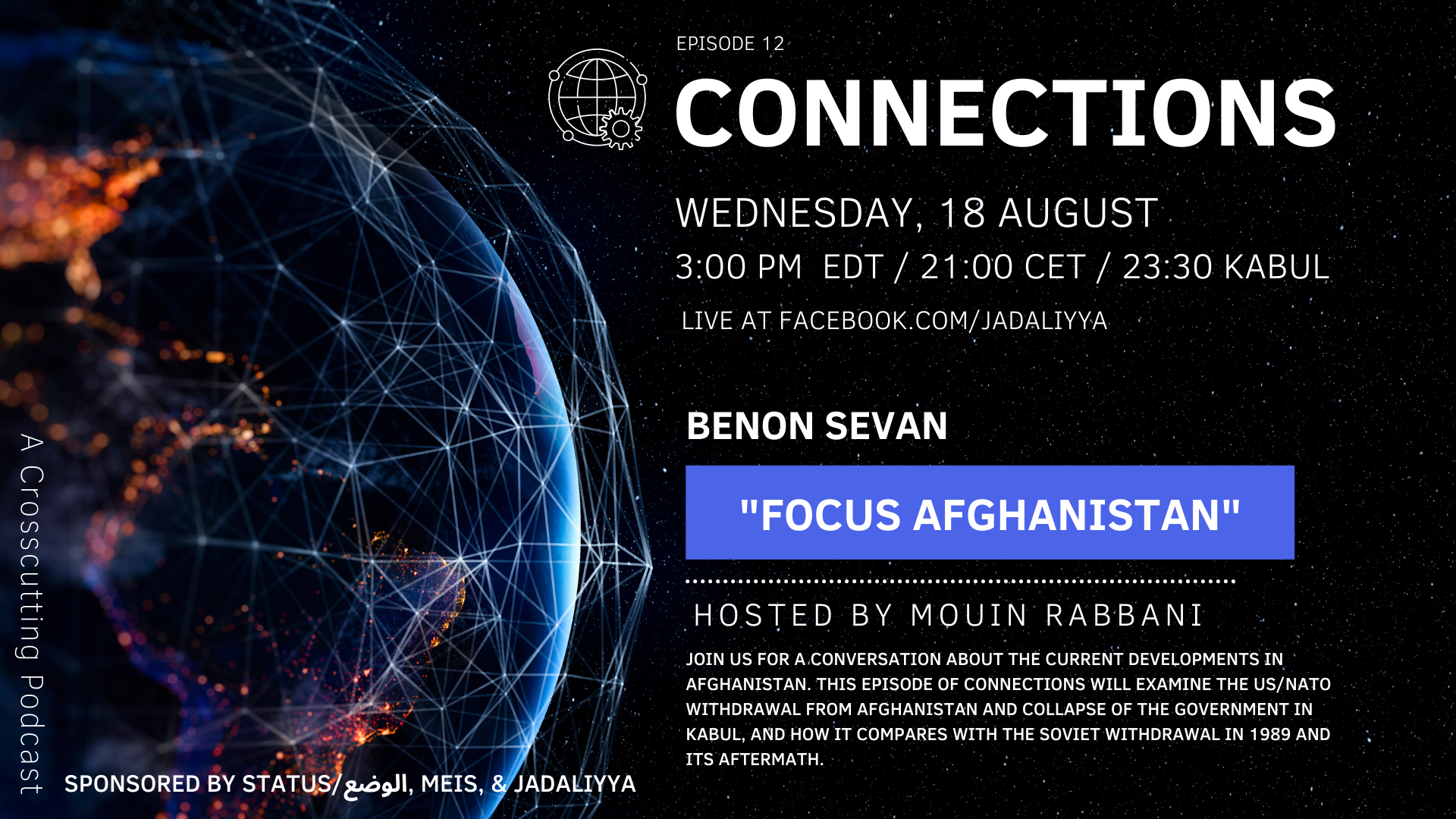