The Political Economy Project recently concluded the 6th annual Political Economy Summer Institute. This multidisciplinary summer institute is intended to address the needs of doctoral students and scholars researching the Middle East who may not have received formal instruction in critical political economy at their own institutions.

The goal of the summer institute is to help foster critical political economy approaches to the study of the region by bringing together select faculty leaders and student participants for four days of intensive discussion of key texts in critical political economy. In addition to the faculty-led sessions on topics such as state formation, imperialism, and labor, students presented and received feedback on their current research projects.

PESI is an important step towards creating a community of scholars working within the tradition of critical political economy, on issues of historical and contemporary relevance to the Middle East. 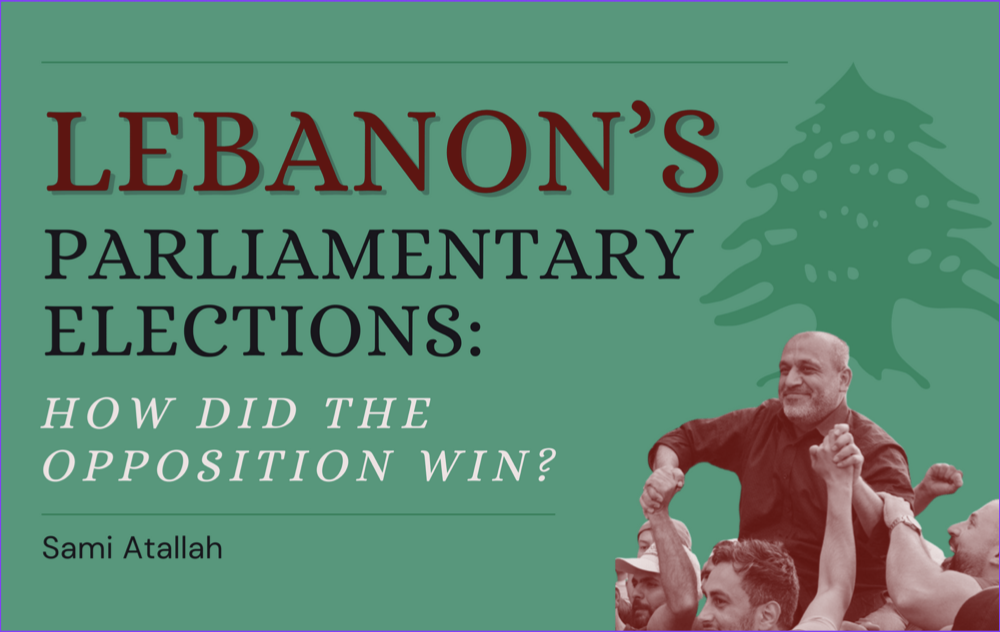 On May 15, Lebanon held its first Parliamentary Elections since the 2019 national uprising. Sami Attallah wrote a piece for Jadaliyya’s Lebanon Page analyzing the significance of the election, where established political parties frantically spilled money into their campaigns while anti-establishment groups struggled to form viable political alliances.

Attallah also discussed the ramifications of the election’s results, as opposition groups performed surprisingly well, pushing out many incumbents from power and gaining 13 seats.

Sami Atallah speaks about the intra-elite rivalries that paved for the opposition’s surprising victories in the elections, as well as the new think tank in Beirut, the Policy Initiative.

Despite a delay in production due to the COVID pandemic, the Middle East Studies Pedagogy Initiative is excited to announce the second issue of the Pedagogy JadMag, with a variety of articles, interviews, and roundtable discussions on topics ranging from teaching migration to questions of precarity in academia.

This issue will feature a centerpiece article by Ahlam Muhtaseb on teaching Palestine through film, as well as two special resource collections from MESPI: the Essential Readings on the Left series, and the Peer-Reviewed Articles Review Bouquets on Race and the Middle East.

You can order this issue at TadweenPublishing.com, or at the link below. 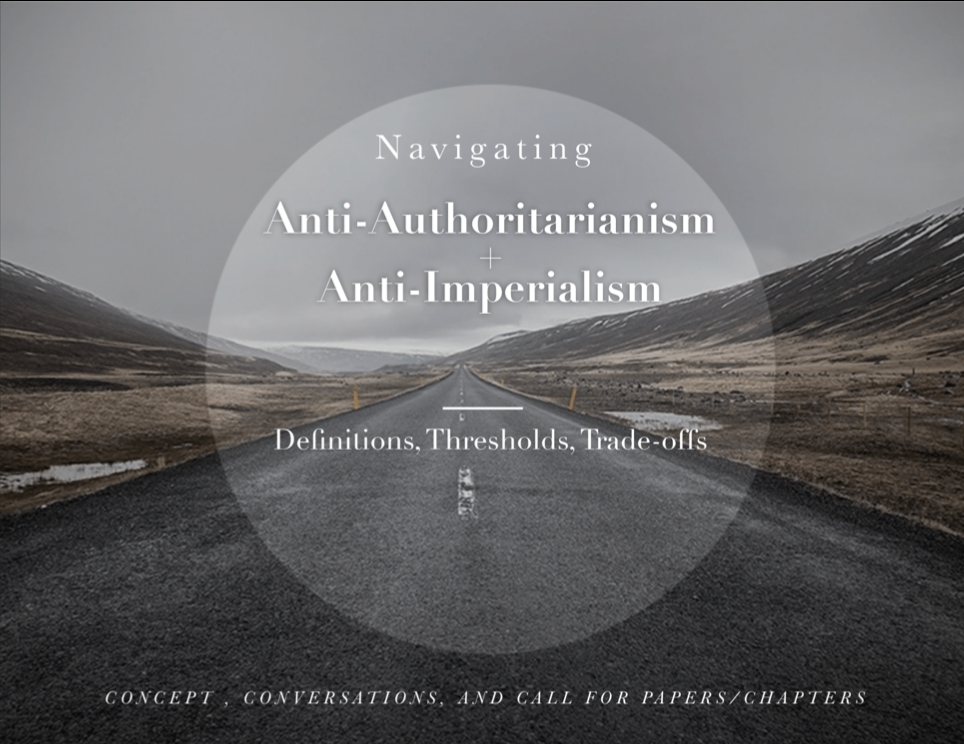 A very special project that has been in the works for a long time at ASI kicked off this week! The Navigating Anti-Authoritarianism and Anti-Imperialism project will host a number of workshops, panels, and conversations regarding the critical nuances at play when dealing with anti-authoritarian movements within the context of imperialism.

The project seeks to address questions on the efficacy of current definitions, conceptual trade-offs, analytical thresholds, and so much more.

Jadaliyya Co-Editor Lisa Wedeen discusses the importance of exploring the nuances of anti-imperialism and anti-authoritarianism, and why this project is a necessary one for knowledge production on the region. 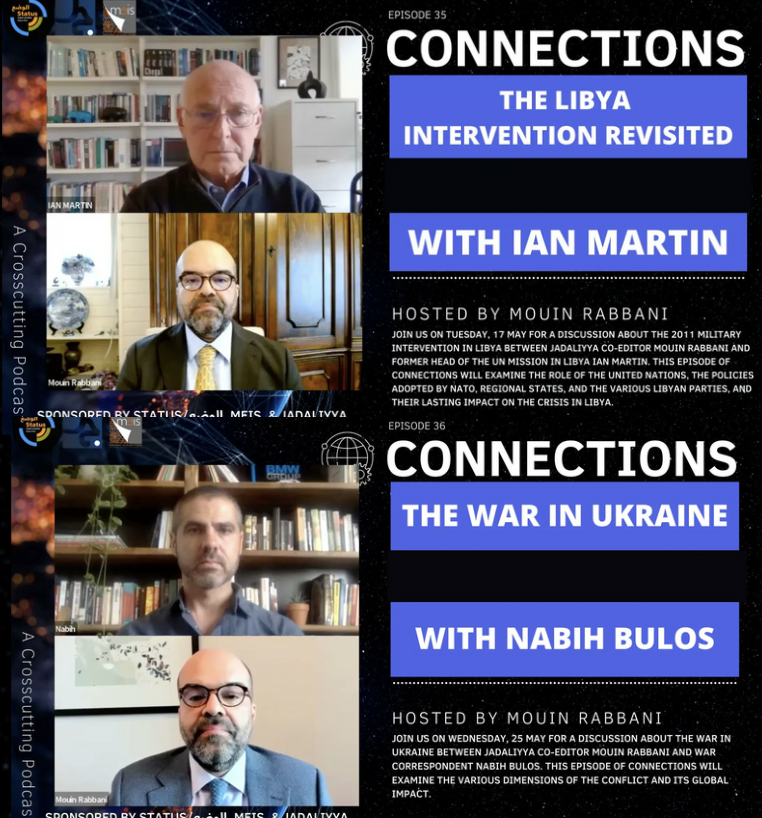 If you aren’t already familiar, the Connections Podcast combines journalism, analysis, and scholarship to offer timely and informative interviews on current events and broader policy questions, as well as themes relevant to knowledge production.

In “The Libya Intervention Revisited,” Mouin interviewed former head of the UN mission in Libya, Ian Martin, regarding the 2011 military intervention, and examined the role of the UN, the policies adopted by NATO and regional states, and the various Libyan parties and their lasting impact on the crisis in Libya.

Mouin also spoke with war correspondent Nabih Bulos regarding the war in Ukraine, where they looked at various dimensions of the conflict and its global impact.

“On This Day”: Assafeer Newspaper 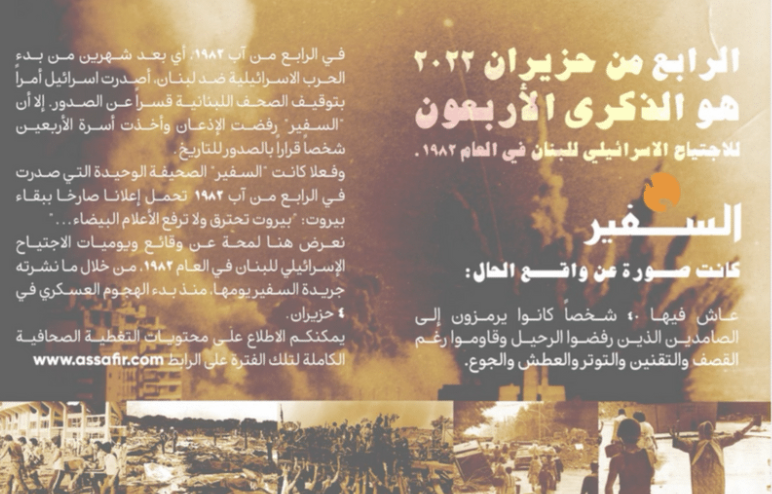 Jadaliyya’s Arabic Page Editors marked the 40th anniversary of Israel’s 1982 invasion of Lebanon by collaborating with the Assafeer newspaper, which was the only newspaper to refuse Israel’s order to cease publication upon its invasion.

The team will continue to publish “On This Day” commemorative historical posts every month.

Rabi’a Salman from the Lebanese newspaper Assafeer talks about this collaborative post and the significance of Assafeer during the Israeli invasion of Lebanon in 1982. 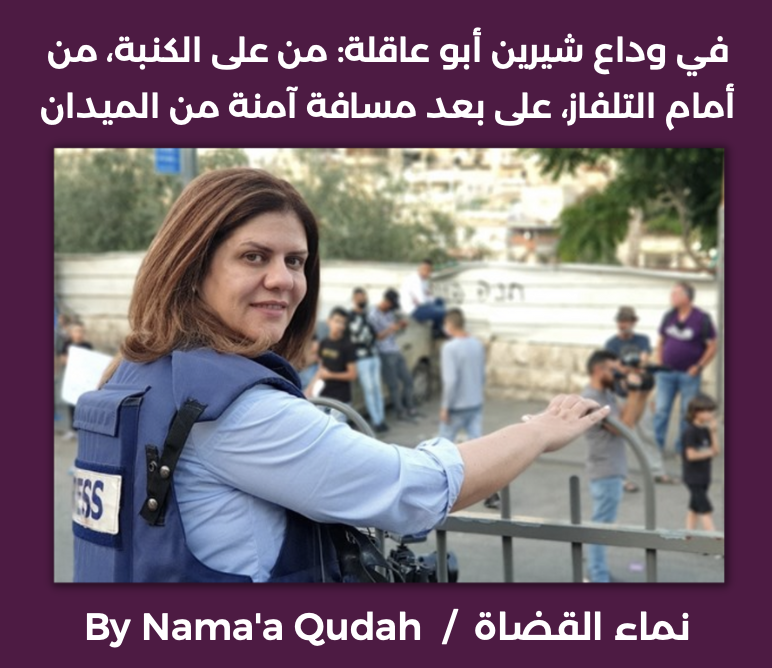 We were all heartbroken to hear about the killing of the iconic Palestinian journalist by Israeli forces during a raid on Jenin in the West Bank last month.

It’s difficult to overstate how significant Shireen was to Arabs and Palestinians around the world, and how much this loss has affected so many people. Nama’a Qudah penned an article for Jadaliyya’s Arabic section reflecting on Shireen’s death.

Also last month, Jadaliyya Co-Editor Noura Erakat went on CBS News to discuss the prospects for a “fair” investigation into Shireen Abu Aqleh’s killing, and addressed whether or not Israel is capable of investigating itself. 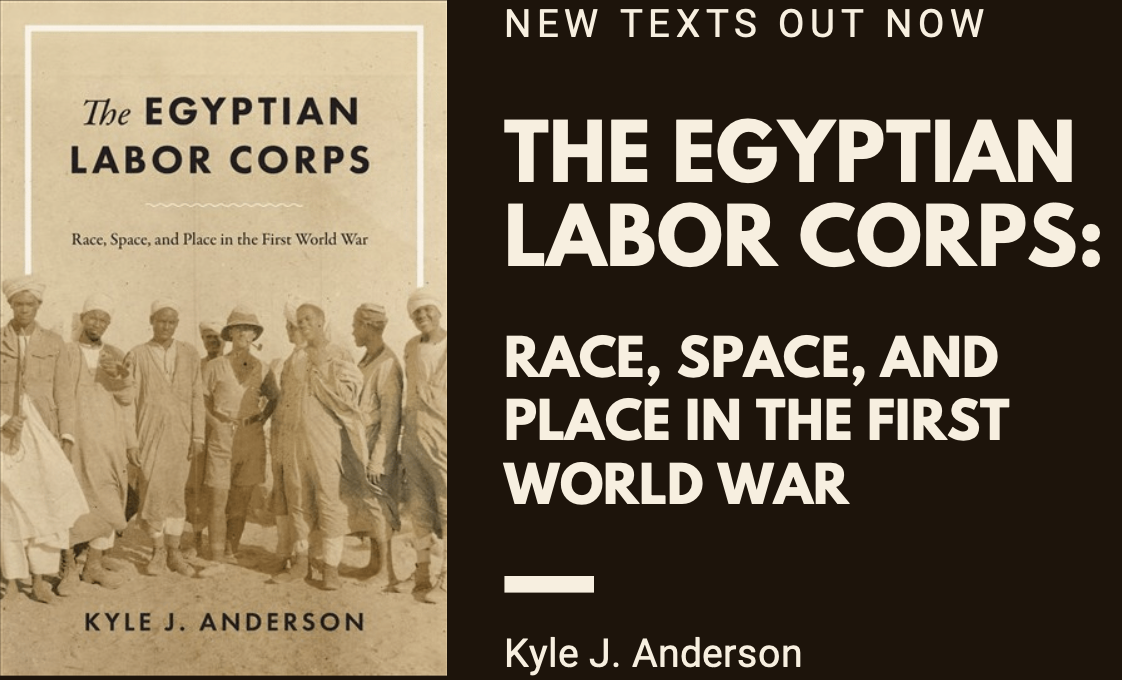 “The Egyptian Labor Corps: Race, Space, and Place in the First World War” by Kyle J. Anderson joins the increasing effort to talk about race and the afterlives of slavery in the region The book brings critical race theory into conversation with Egyptian history in an attempt to elucidate the lived experiences of rural Egyptians during the war, and illustrates parallels between African American and Egyptian history. 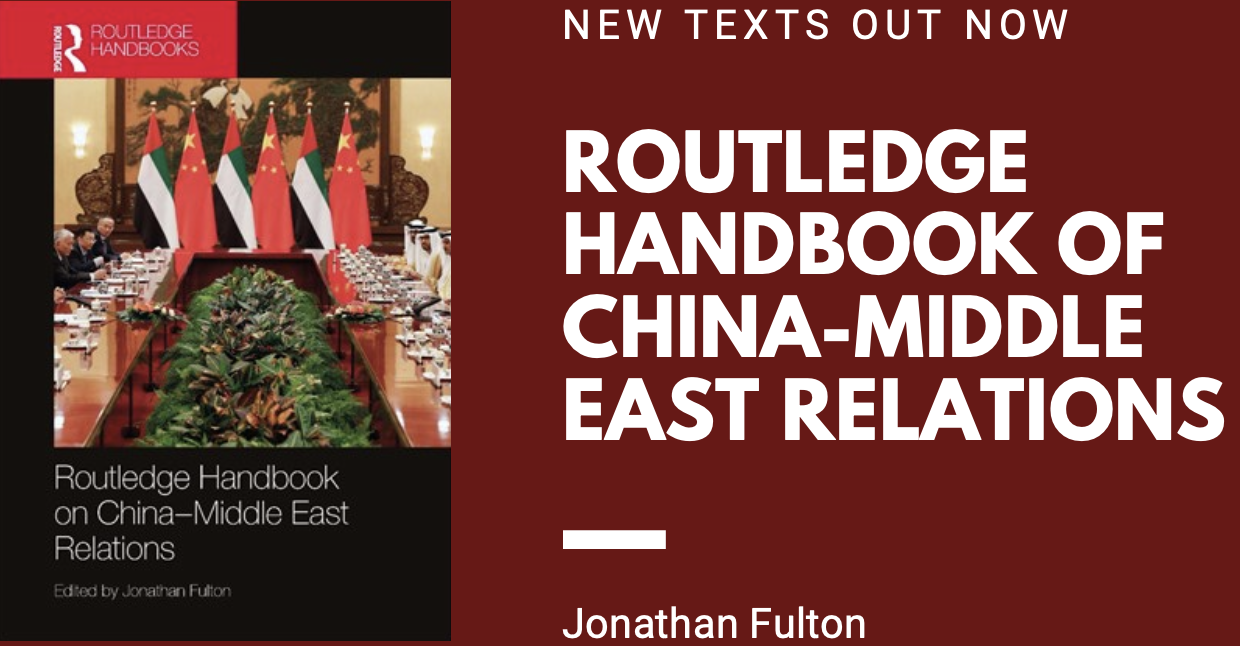 Our second NEWTON is the Routledge Handbook of China-Middle East Relations, edited by Jonathan Fulton. The volume is an attempt to counter politicized analysis and punditry about China relations in the Middle East, and presents rigorous and balanced analyses based on empirical data, with the hope that it would inform the work of researchers and policymakers.