Organized by: Duke University Center for International and Global Studies

Between 1993-1997, Dr. El Saadawi spent four years at Duke University. She sheltered with us after Islamists in Egypt published "Nawal El Saadawi in the Witness Box," a widely available, cheap book that made the case that this "heretic" should be condemned to death. It was at Duke University that she first taught undergraduates. She was an immediate success in the classroom. Her Dissidence and Creativity classes inspired countless students. It was at Duke University that she wrote the first two volumes of her autobiography translated into English as "Daughter of Isis" and "Walking through Fire" as well as her very controversial "God Resigns at the Summit." She was writing the third volume during the past five years of her life when illness prevented completion.

On Monday, 29 March 2021, a panel of friends and colleagues addressed her impact on them before and while she was at Duke University. 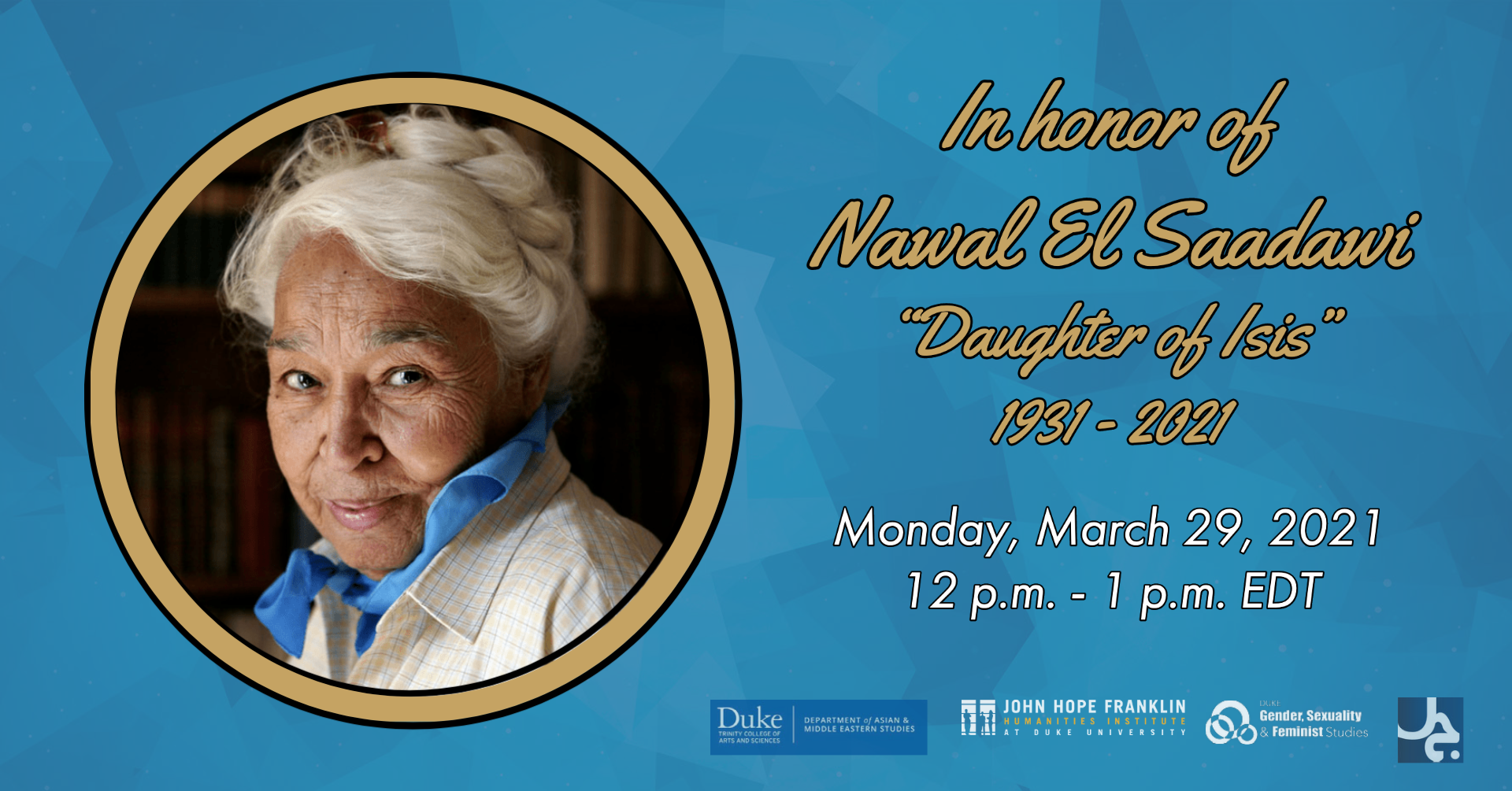