The Universal Enemy
Jihad, Empire, and the Challenge of Solidarity

This is the inaugural episode of Transnational Times Podcast, a series that seeks to examine the activist praxis, intellectual engagements, historical continuities, and abundant possibilities of transnational solidarities today. The podcast features activists on the ground as well as scholars, public intellectuals, and journalists committed to the practice and/or study of transnationalism. Transnational solidarity is bound within a state-centric order but exceeds it in its understanding of financial, juridical, social, and political entwinements across the globe that sutures common classes and interests irrespective of national belonging. Transnationalism thus considers the domestic and the foreign as a dialectical structure that makes imperative political solidarities beyond the state for the sake of establishing alternative world orders in the service of emancipation.

In this episode, host Noura Erakat speaks with Darryl Li on his book The Universal Enemy: Jihad, Empire, and the Challenge of Solidarity (Standford University Press 2019). They will discuss such topics as the politics and nuances of transnational Islamist forces and fighters, their universalist ideals, and reflections on solidarity under conditions of American empire.

Click here to check out The Universal Enemy: Jihad, Empire, and the Challenge of Solidarity (Standford University Press 2019) by Darryl Li .

Click here to read Jadaliyya's NEWTON on The Universal Enemy.

An interview with Adom Getachew on Black internationalism and the Challenge to Imperialism | 19 May at 4:00 PM EDT

Darryl Li is assistant professor of anthropology and associate member of the law school at the University of Chicago. He is author of The Universal Enemy: Jihad, Empire, and the Challenge of Solidarity (Stanford University Press, 2020) and an attorney licensed in New York and Illinois. 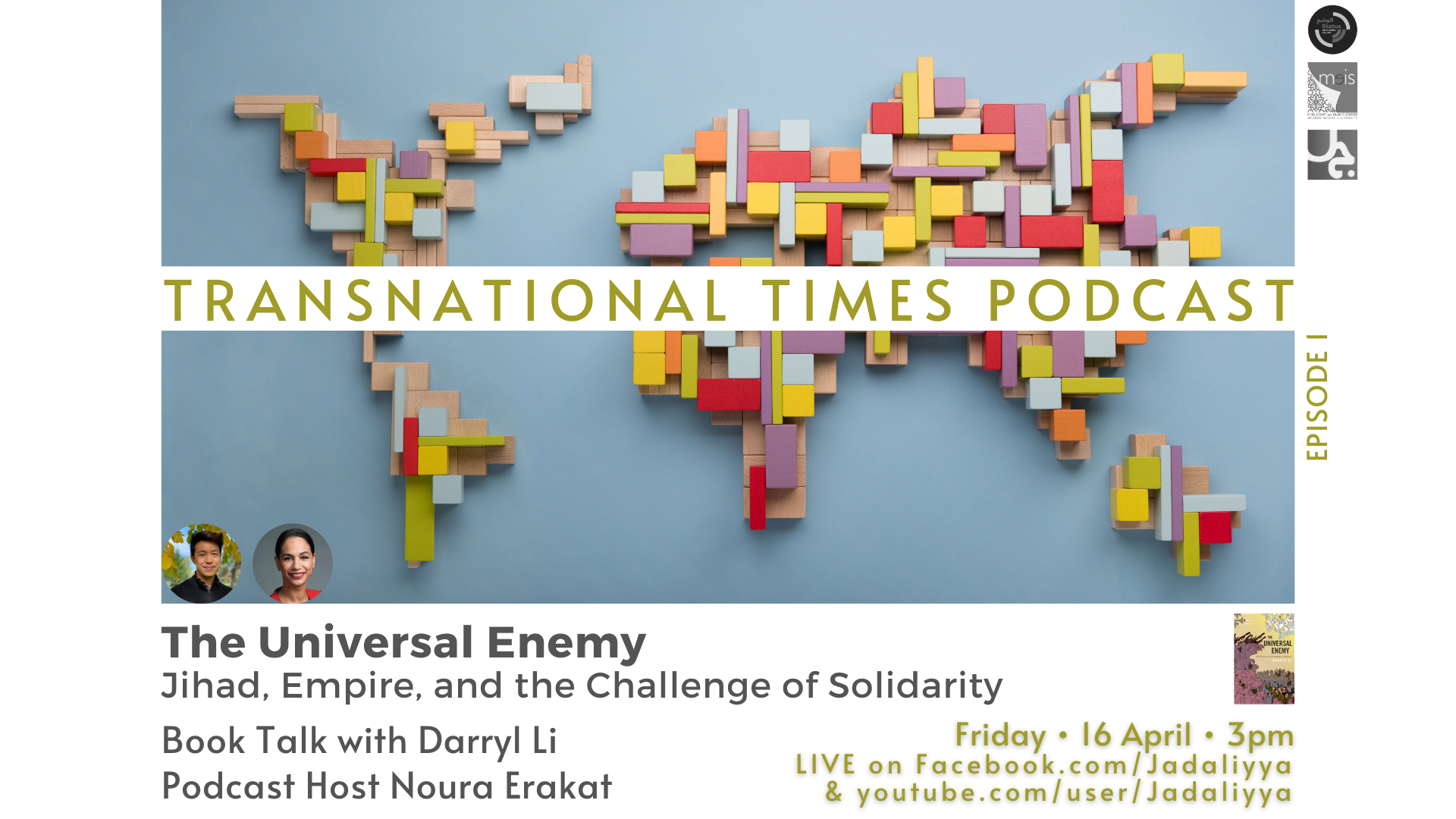