Connections Episode 15: The Lasting Legacies of US Torture (14 September)

The Lasting Legacies of US Torture

Join us on Tuesday, 14 September for a conversation with Lisa Hajjar and Jadaliyya co-editor Mouin Rabbani on the post-2001 US torture program and its living legacies. This episode of Connections will examine the development and impact of the US torture program in the context of two decades of the “War on Terror”. 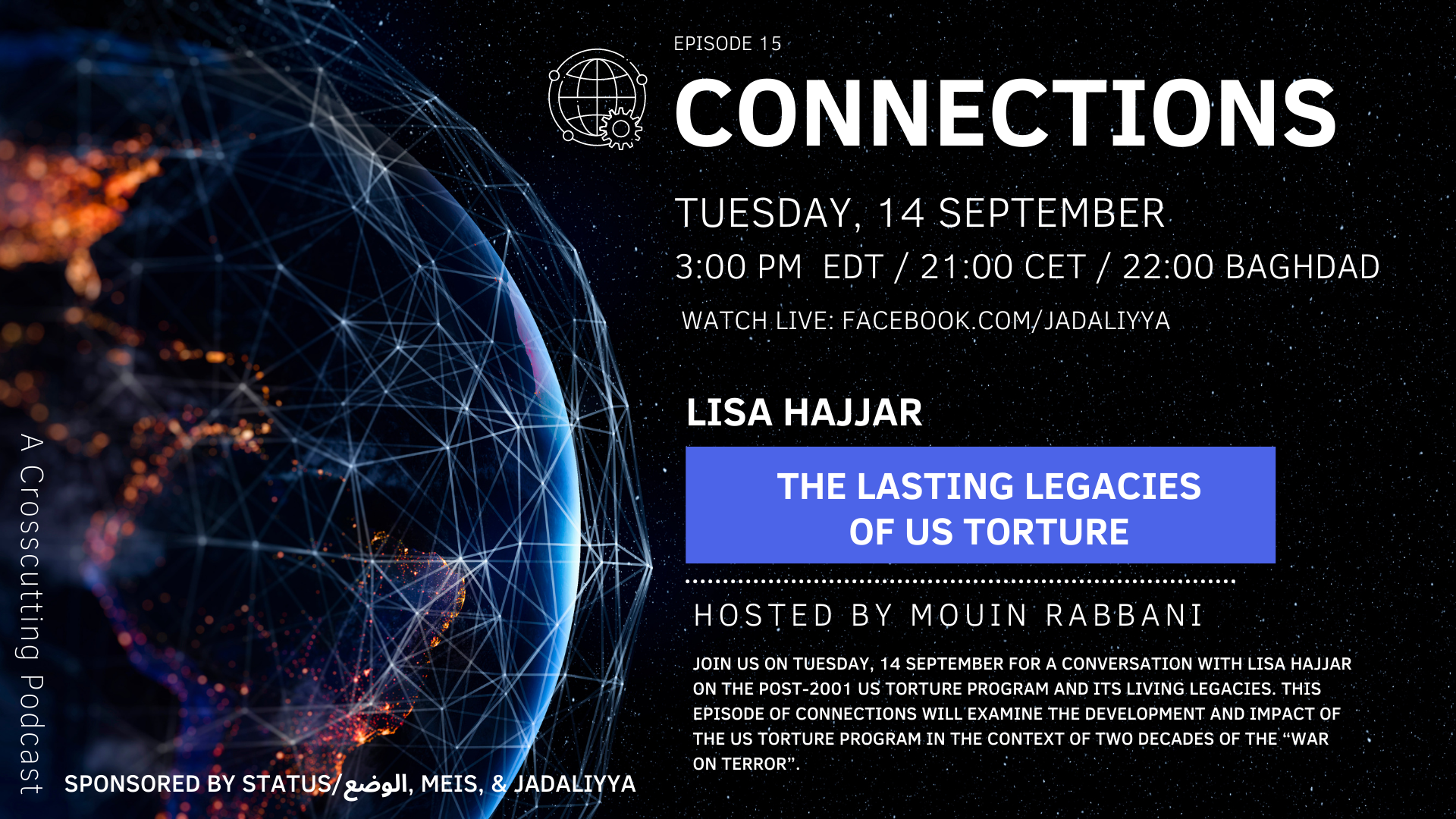