On Tuesday, 21 September Jadaliyya co-editor Mouin Rabbani spoke with Helen Lackner about the war on Yemen and prospects for peace. This episode of Connections examines the multiple dimensions of the Yemen conflict and the agendas of the main powers involved.

Helen Lackner is a leading authority on Yemen who has been conducting research and writing about Yemeni politics and society since the 1970s. A former resident of the People’s Democratic Republic of Yemen, the Yemen Arab Republic, and the Republic of Yemen, her most recent books are Yemen in Crisis: The Road to War (Verso 2019), and Yemen, Poverty and Conflict (forthcoming). A regular contributor to Open Democracy, Arab Digest, Oxford Analytica, Orient XXI, and others, she is currently Research Associate at London’s School of Oriental and African Studies (SOAS), Visiting Fellow at the European Council for Foreign Relations (ECFR), and Associate at the Transnational Institute (TNI). 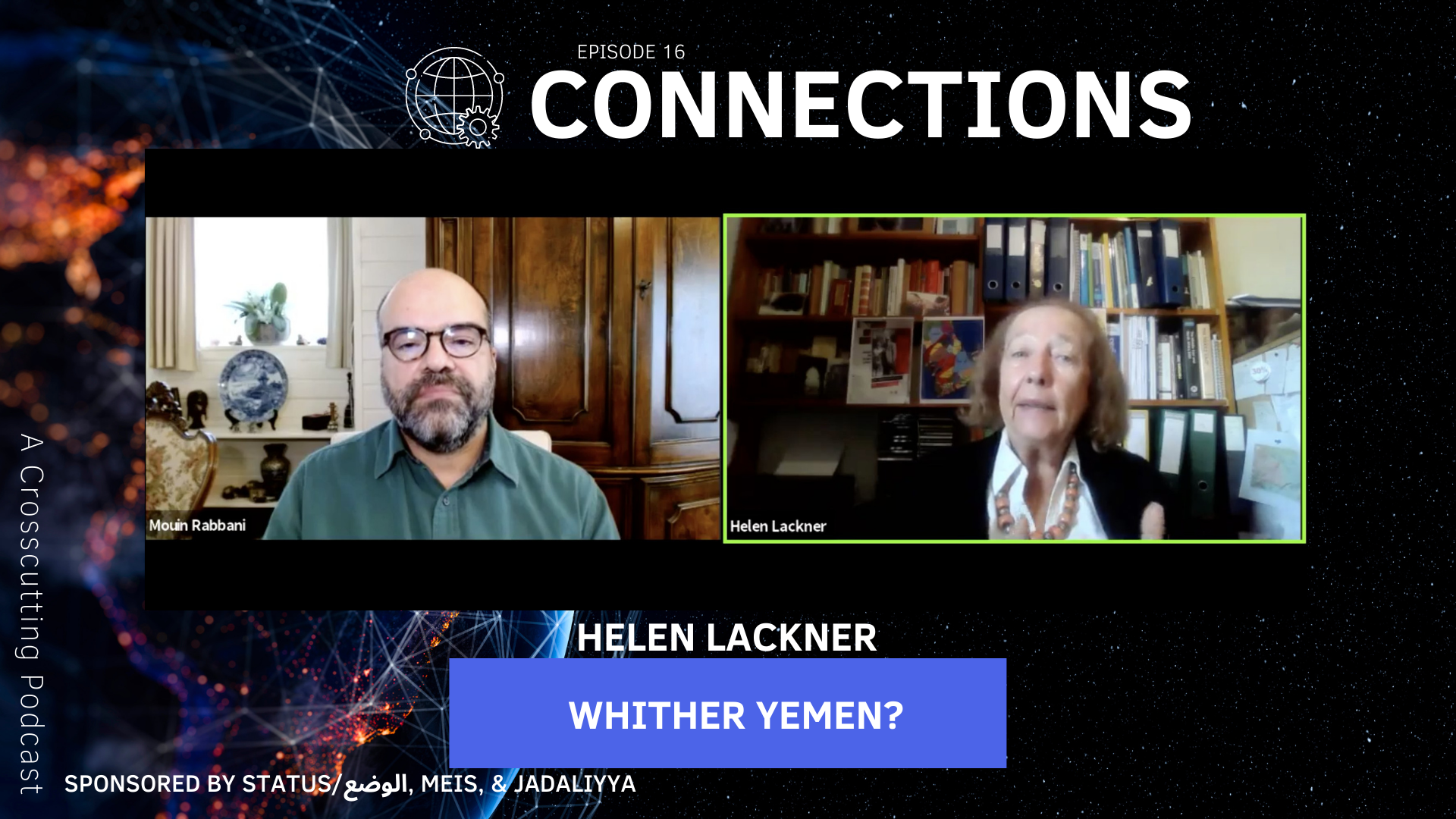