Connections Episode 17: A Decade of Upheaval with Nabih Bulos (5 October)

Join us on Tuesday, 5 October for a conversation between Nabih Bulos, Middle East Bureau Chief of the Los Angeles Times, and Jadaliyya co-editor Mouin Rabbani about a decade of upheaval in the Middle East and the response of its peoples. This episode of Connections will examine the various dynamics and impact of revolution, war, and conflict in the Middle East and North Africa. 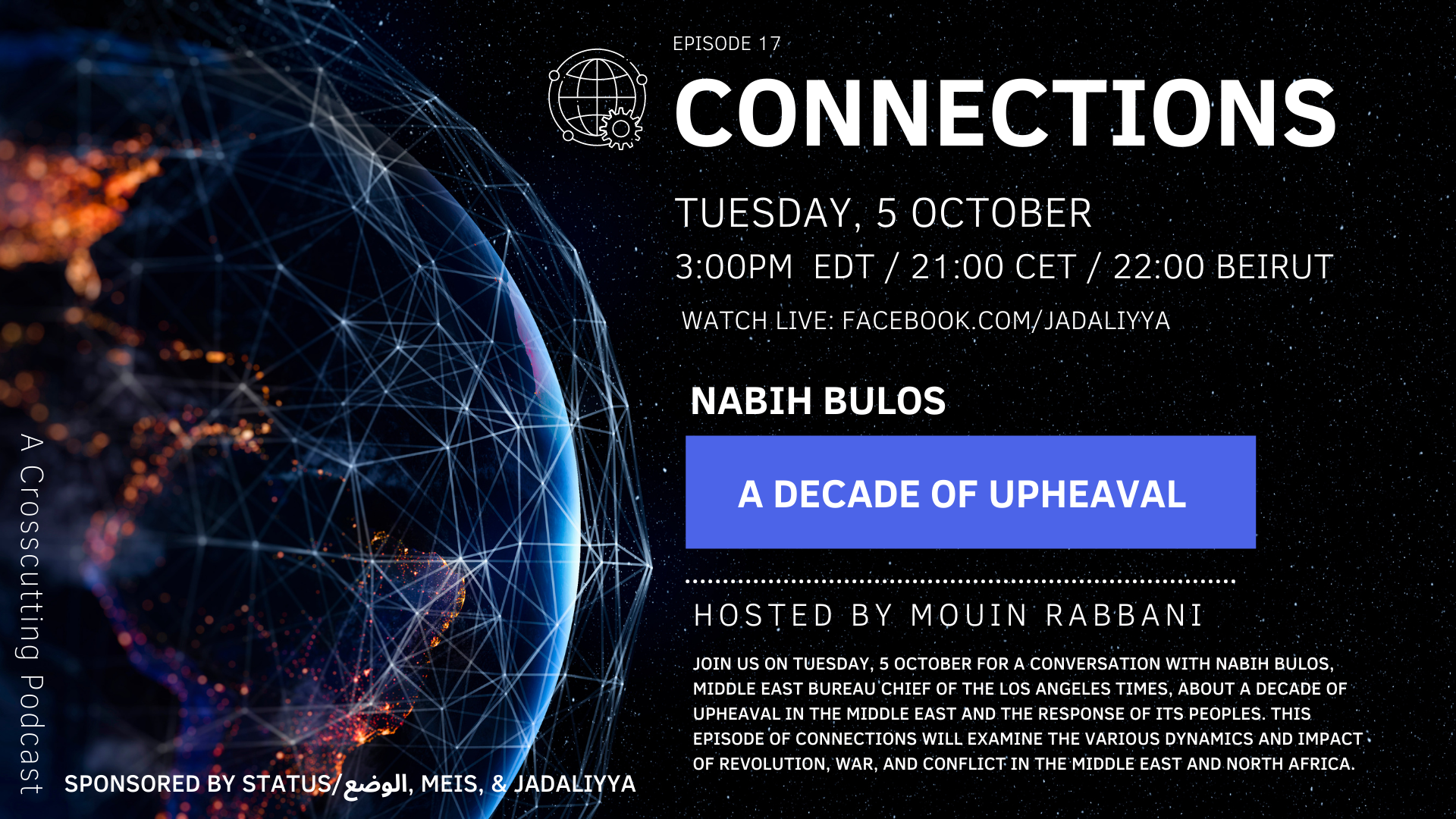