Join us on Wednesday, 13 October for a conversation between Jadaliyya co-editor Mouin Rabbani and Ali Vaez about Iran after the June 2021 elections. This episode of Connections will examine Iran’s domestic politics, its regional and international policies, and the fate of the nuclear agreement.

Ali Vaez is Iran Project Director and Senior Adviser to the President at Crisis Group. He led Crisis Group’s efforts in helping to bridge the gaps between Iran and the P5+1 that led to the landmark 2015 nuclear deal. Previously, he served as a Senior Political Affairs Officer at the United Nations Department of Political and Peacebuilding Affairs and was the Iran Project Director at the Federation of American Scientists. Trained as a scientist, Vaez has written widely on Iranian affairs and is a regular contributor to mainstream media outlets, including The New York Times, The Washington Post, The Guardian, and Foreign Affairs. He is a frequent guest on CNN, BBC, Al Jazeera and NPR. 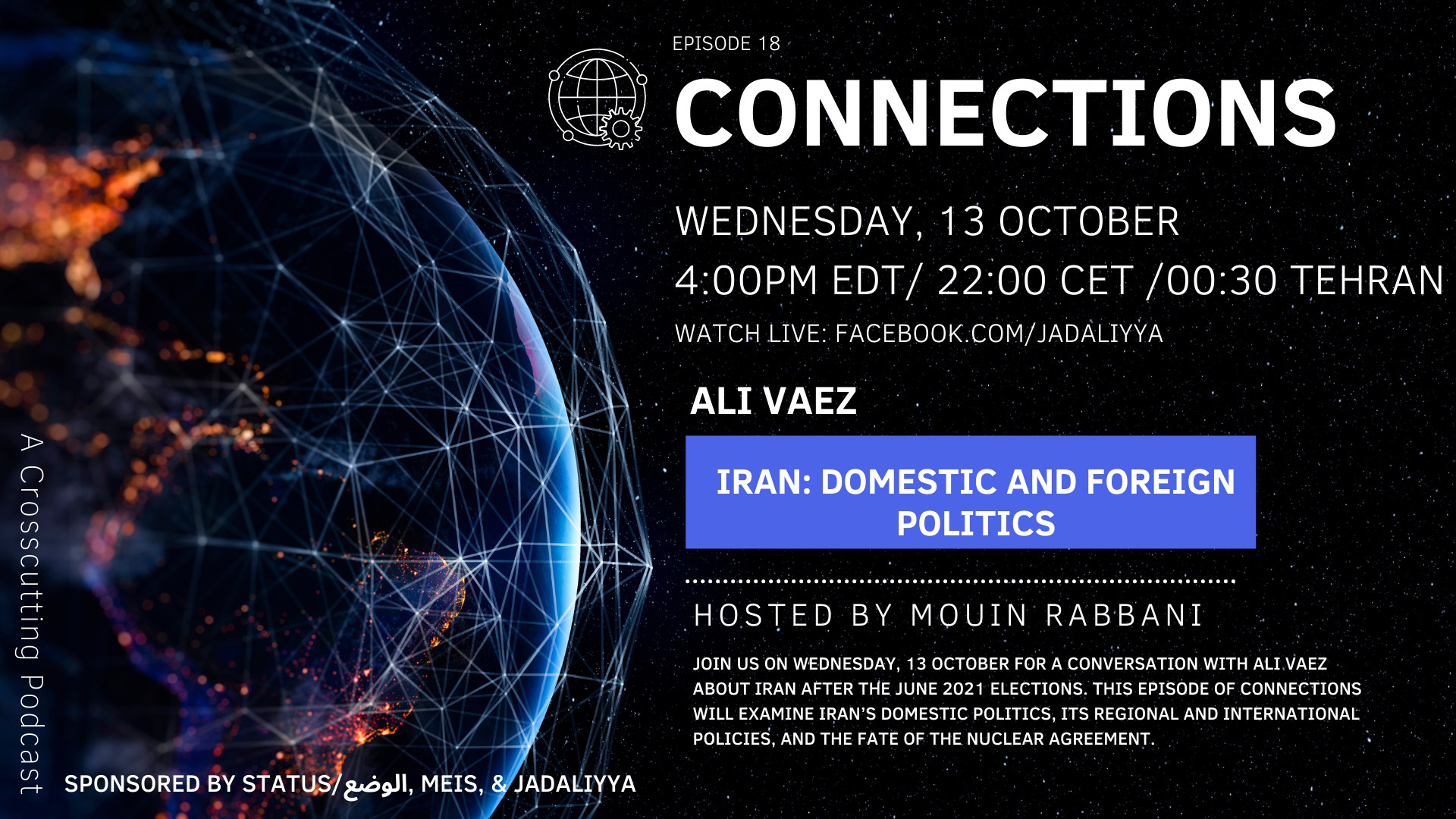