Special Episode: The Coup in Sudan

Join us on Wednesday, 27 October for a conversation between Jadaliyya co-editor Mouin Rabbani and Khalid Mustafa Medani on the coup in Sudan. This special episode of Connections will discuss the latest developments in Sudan and examine the context and consequences of the recent coup in the country.

Dr. Khalid Mustafa Medani is Associate Professor of Political Science and Islamic Studies at McGill University in Montreal, Canada. His research focuses on the political economy of Islamic and Ethnic Politics in Africa and the Middle East. He is the author of Black Markets and Militants: Informal Networks in the Middle East and Africa(Cambridge University Press, 2021) and is presently completing a manuscript on the causes and consequences of Sudan’s 2018 popular uprising. Dr. Medani has published extensively on civil conflict with a special focus on the armed conflicts in Sudan and Somalia. 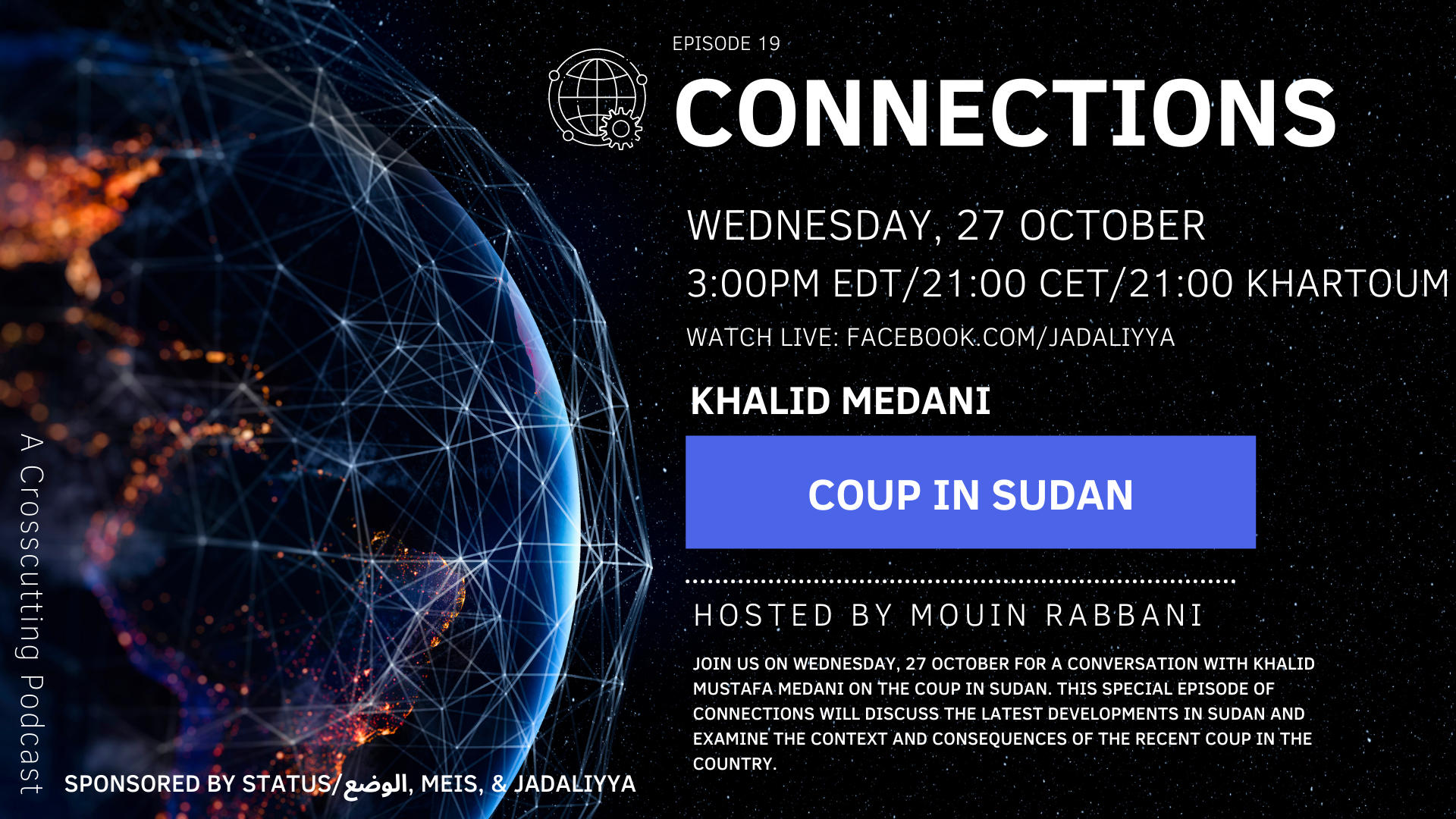