Artists' Talk!
Geographies of the Future:

Artists participating in the Geographies of the Future exhibit contemplate futurity and the stakes of virtual collaboration in a live discussion. Featuring Ala Younis, Majd al-Shihabi and Ahmad Barclay of Palestine Open Maps, Ali Yass and Ahmed Isamaldin, Areej Huniti and Eliza Goldox, and Barış Doğrusöz. Moderated by Jessica Holland and Bridget Guarasci. The exhibit Geographies of the Future: Traveling the Arab Majority World in Virtual Reality experiments with virtual media to render possible impossible worlds. Participating artists reimagine geographies of the Arab-majority world in order to analyze political violence or to chart anew known landscapes.

Ala Younis is an artist, with curatorial, film and publishing projects. Younis investigates the ambiguity of the archive and its persistent manipulation of the imagination, seeking to examine instances where historical and political events collapse into personal ones. She is co-founder of the publishing initiative Kayfa ta, co-Head of Berlinale’s Forum Expanded, member of  the Academy of Arts of the World (Cologne), and co-Artistic Director of Singapore Biennale 2022.

Majd al-Shihabi is a PhD Student in Geography at the University of Toronto focusing on the role of technology in urban systems and policy design.

Ahmad Barclay is an architect, visual communicator, and product designer and partner with Visualizing Impact who is actively engaged in projects involving data visualization, visual sotrytelling, and learning through play.

Barış Doğrusöz recuperates the geographical substrate of a more or less distant past to create works that interrogate the notion of territory, border and scale, whether physical or symbolic, and examine how fragmented elements such as found footage, military material, archeological artifacts and codes operate as a prequel or premonition for a near future fiction. Doğrusöz is based in Beirut and holds a BA in Visual Arts and an MFA from HEAR (Haute Ecole des Arts du Rhin – Ecole Superieure des Beaux-Arts Le Quai), France.

Areej Huniti is an artist and researcher based in Amman, Jordan. Her current work explores the magic and seduction of reality. Huniti received an MA in Global Digital Cultures from SOAS University of London.

Eliza Goldox is an artist and project initiator working on solo and collaborative projects involving a variety of media with a focus on film, installation and new media. Goldox received an MA in Art and Design, from Chelsea College, University of the Arts London in 2011.

HUNITI GOLDOX In their joint practice HUNITI GOLDOX use new media technologies such as VR, video art and writing to develop spaces and tools for collective imagining.

Ahmed Isamaldin is a visual artist-designer and blogger from Khartoum based in Berlin. Isamaldin studied physics at the University of Khartoum and graphic design and photography in Cairo. His artistic practice focuses on immigration and psychology, as well as the processes of revolutions, de-colonial design, and technology.

Bridget Guarasci is Assistant Professor of Anthropology at Franklin & Marshall College and a 2021-2022 Wenner-Gren Hunt Postdoctoral Scholar. She is an environmental anthropologist whose work examines how war and conflict create ecological life in the Arab majority world. At first blush, nature and war might appear to be oxymoronic. People commonly think of nature as teeming with life. Wetlands are seen as transitional spaces between land and sea where migrating birds alight unifying biodiversity hotspots across the globe during seasonal migrations. Nature in this sense conveys an image of peace and tranquility. War is conceptualized as almost its exact opposite. Rife with bombs, artillery, pain, and suffering, war tears through the social fabric to destroy life and livelihood. Guarasci’s work demonstrates that contrary to popular thinking nature and war are not paradoxical, but entangled processes of making and harnessing the biosphere. Her scholarship analyzes how the material effects of emplacing water ecologies is a form of political violence. 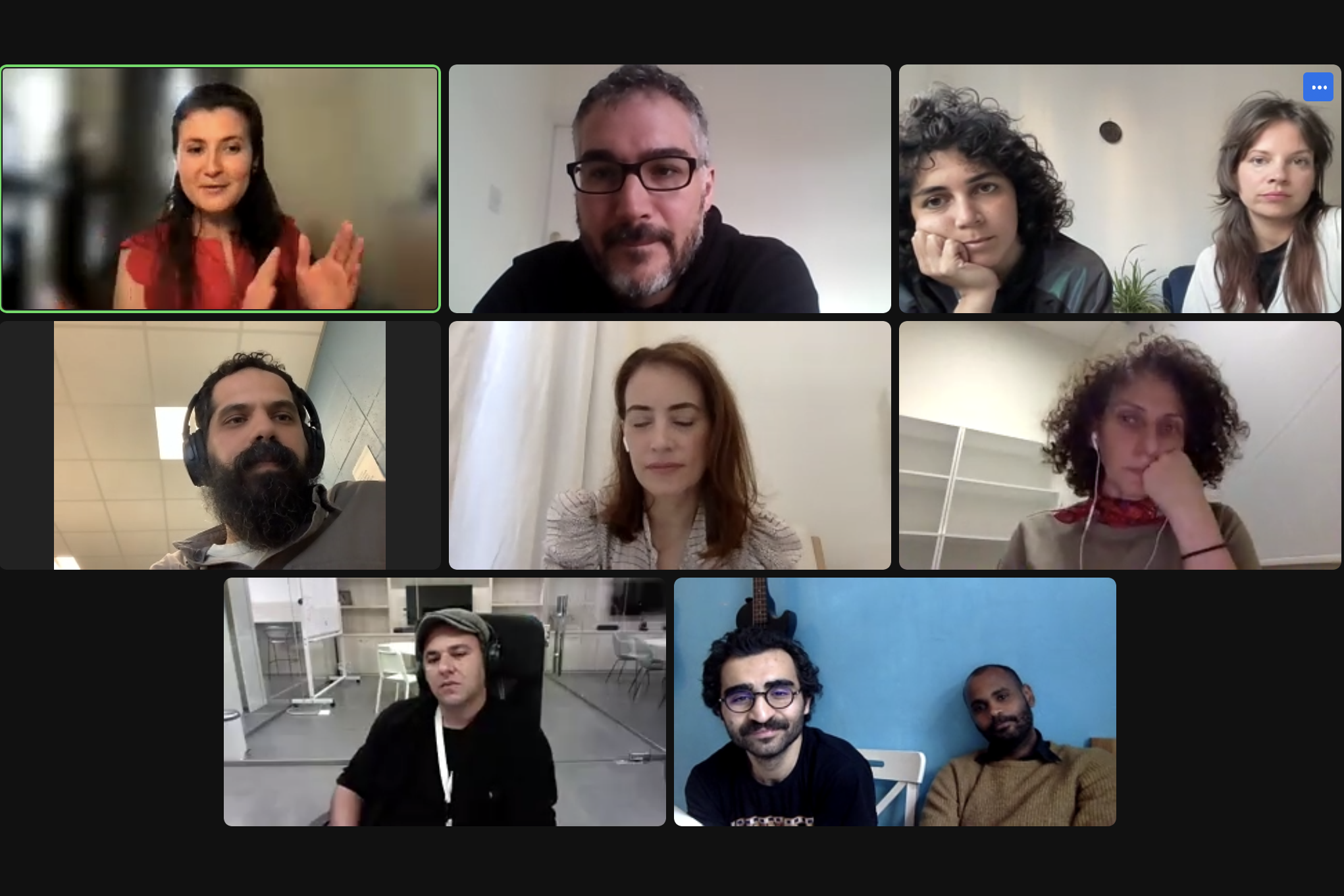