This month, LWA co-hosts MK Smith and Bassam Haddad commemorated Jadaliyya’s eleventh anniversary, discussed new installments in the Ten Years On project, new texts out now, a brand new podcast on the impacts of COVID-19 on the Arab World titled “Mofeed-19,” and new episodes of “Search Files” and “Connections.” 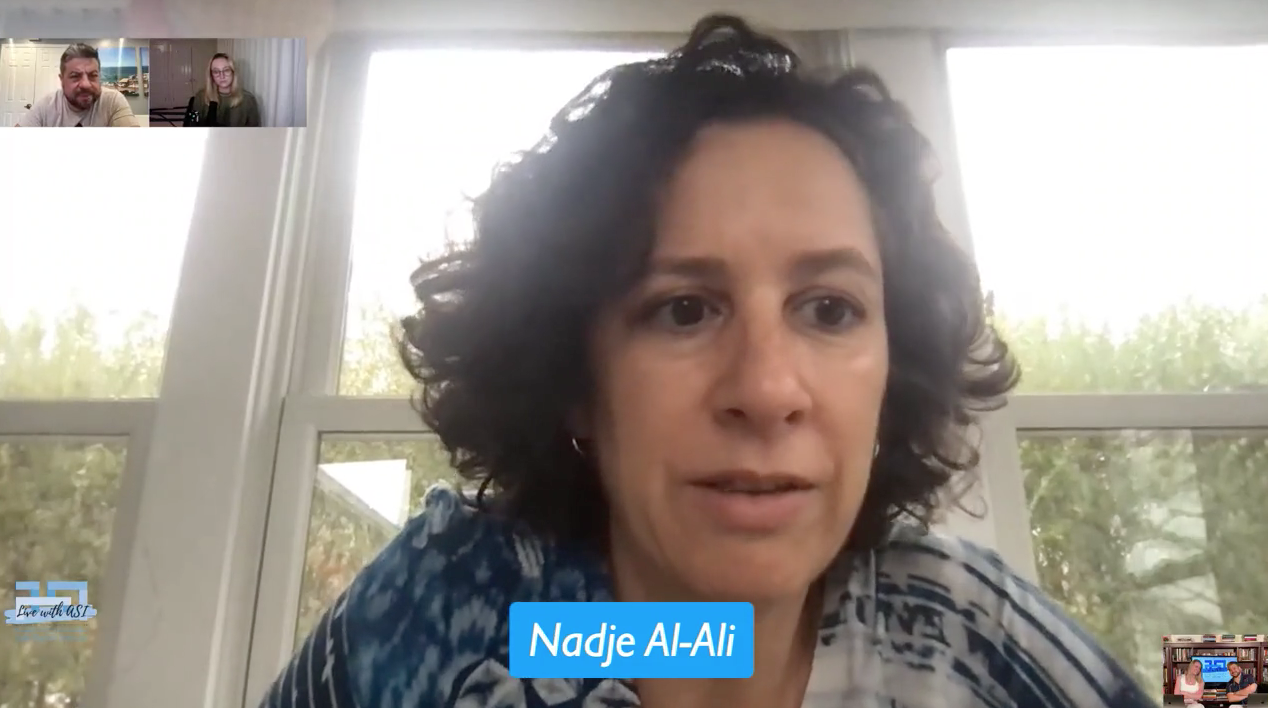 Nadje Al-Ali describes the contributions of Brown University’s Watson Institute to the collaborative Ten Years On: Mass Protests and Uprisings in the Arab World Project. Al-Ali also explained her commitment to cooperation, not competition, when addressing such important academic topics.

As we have said so many times before, much of the work we do at ASI would be impossible without the collaboration and joint effort with our many partners. This time we wanted to highlight one of our deeply valued partners: Nadje al-Ali.

Nadje is a truly inspiring scholar. She is currently the Robert Family Professor of International Studies and Professor of Anthropology and Middle East Studies at Brown University. Her research focuses primarily on feminist activism and gender mobilization in the region.

Over the course of this hectic year, the Jadaliyya team was hard at work, producing all sorts of content on pressing issues, be they panels, podcasts, book talks, or roundtables, dealing with pressing issues ranging from the impacts of the COVID-19 pandemic, marking 100 years since the founding of Lebanon, the Hirak protests in Algeria, the aftermath of the Gezi protests and the shifting Islamist sector in Turkey, to the Israeli assault on Gaza over the summer. 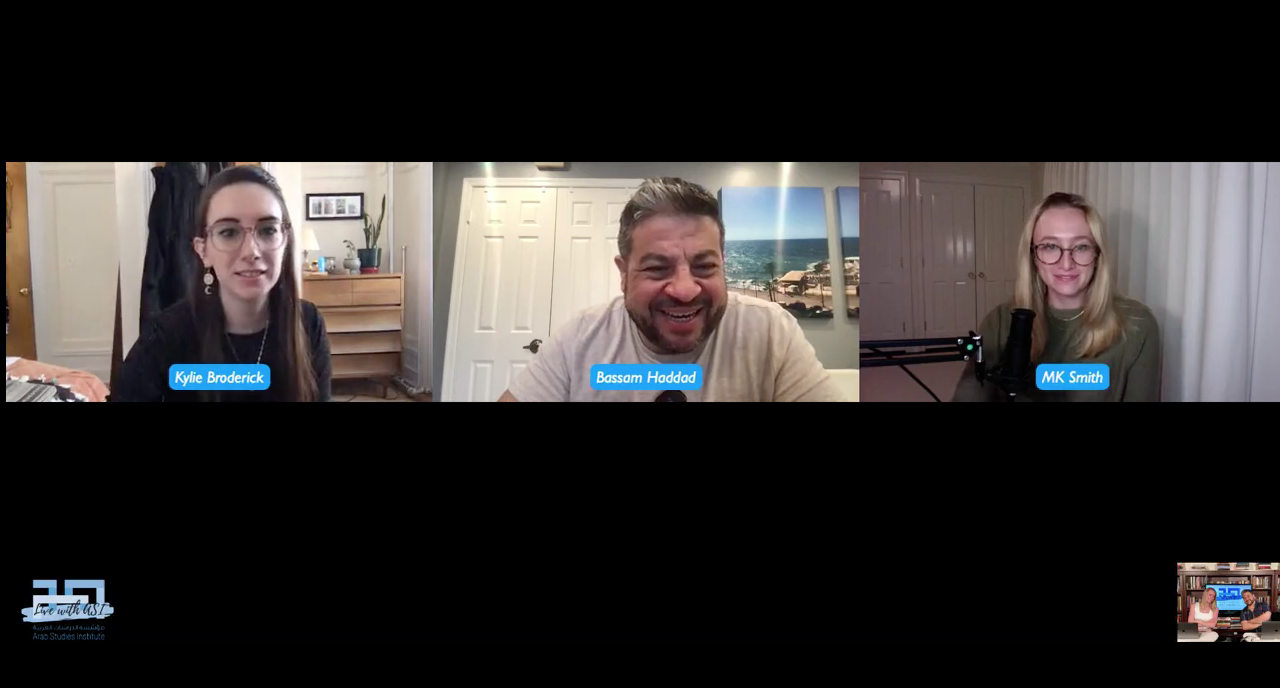 Managing Editor of Jadaliyya and PhD student in History at UNC Chapel Hill, Kylie Broderick, tells the audience about the Jadaliyya anniversary post and what content can be found in it. 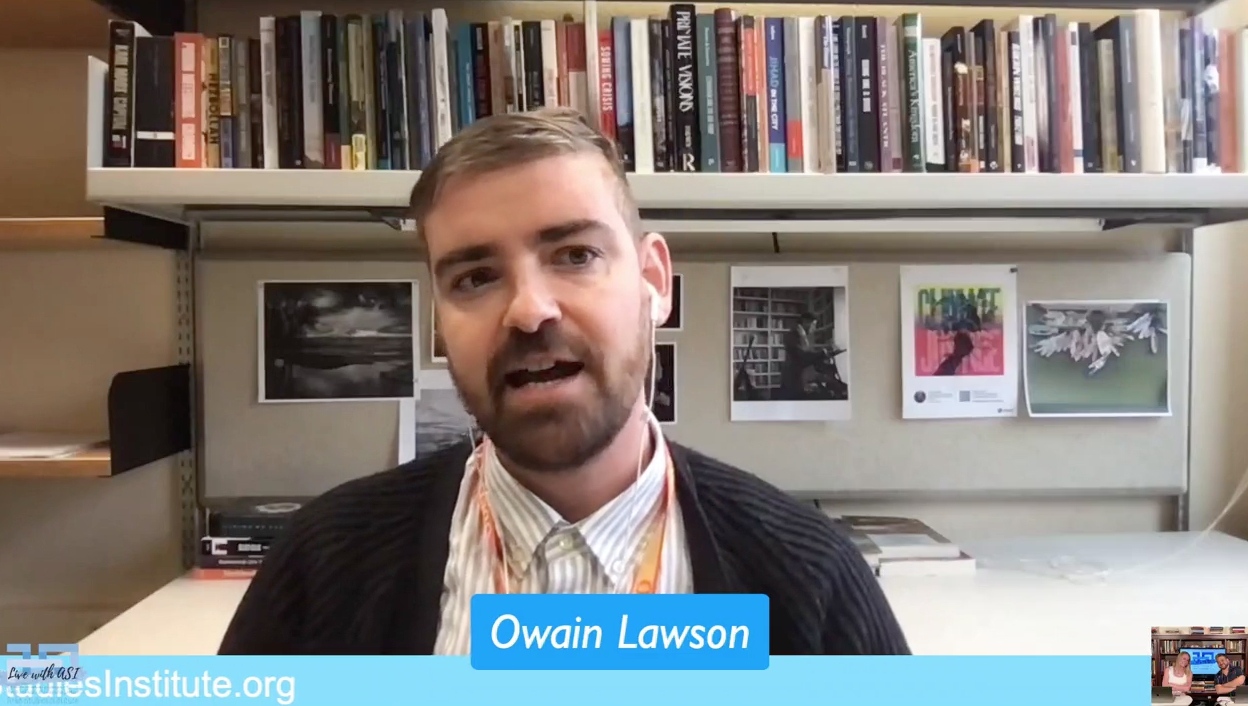 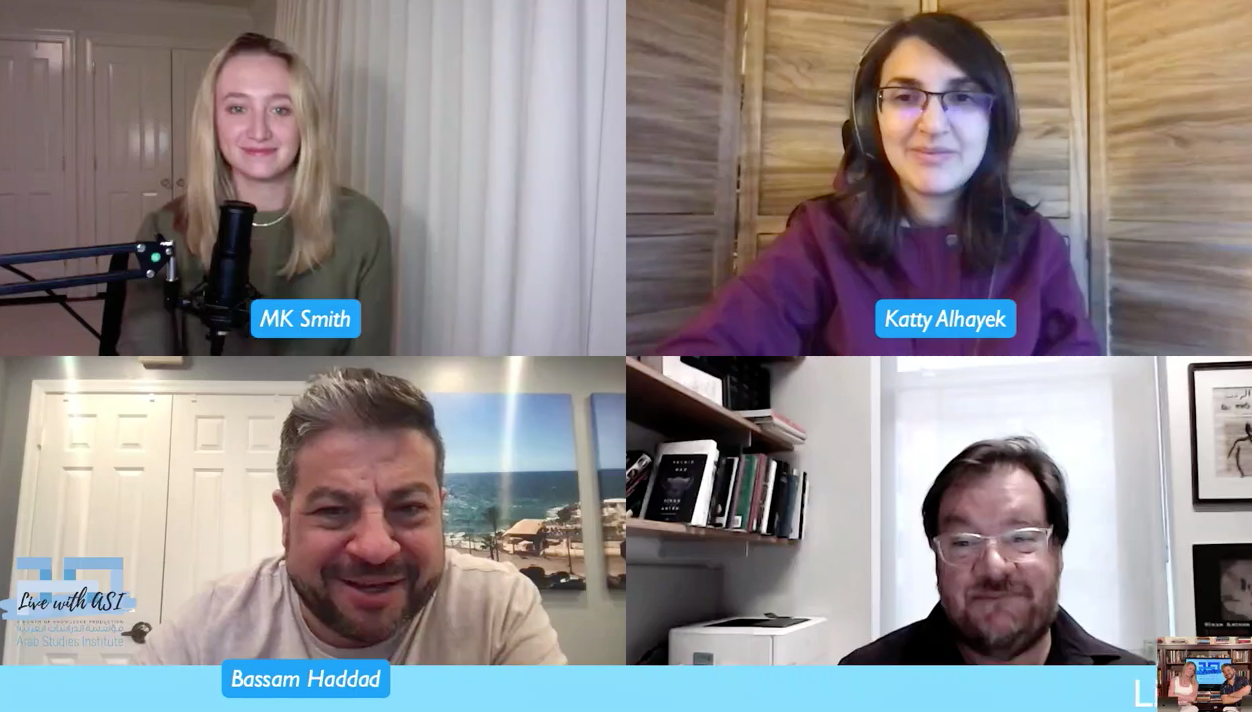 A rare moment on air with esteemed guests overlap between interviews. Katty Alhayek signs off after recapping a recent Ten Years On panel event on Arab women filmmakers, while Sinan Antoon signs on to reflect the founding of Jadaliyya eleven years ago.

We are now in the 12th and final month of the year-long project, Ten Years On: Mass Protests and Uprisings in the Arab World. For those new here, the Ten Years On project is a collaborative initiative launched with the intention to interrogate and reflect on the uprisings, with the hope of producing resources for educators, researchers, students, and journalists to understand the last decade of political upheaval historically and in the present.

It has been an outstanding year, with more than a dozen signature panels, roundtables, book talks, and posts dealing with the uprisings and their aftermath from various perspectives.

Last month, ASI co-sponsored an event put on by Georgetown University’s Center for Contemporary Arab Studies titled, “Women’s Filmmaking in the Aftermath of the Uprisings,” which brought together prominent Arab women filmmakers for an online panel discussion on their experiences capturing both pivotal moments, as well as everyday life, in Yemen, Libya, and Saudi Arabia.

Also last month, Mona El-Ghobashy gave a talk based on her new book, “Bread and Freedom: Egypt’s Revolutionary Situation.” In this talk, Mona presents an interpretation of Egypt’s 2011 uprising that brings out some lost connections between democracy and revolution, and tries to push beyond viewing the Egyptian uprising as a uniform failure. This talk is a must-watch for anyone looking to explore the nuances of the Egyptian experience, as more than simply a failed democratic transition or inauthentic revolution. 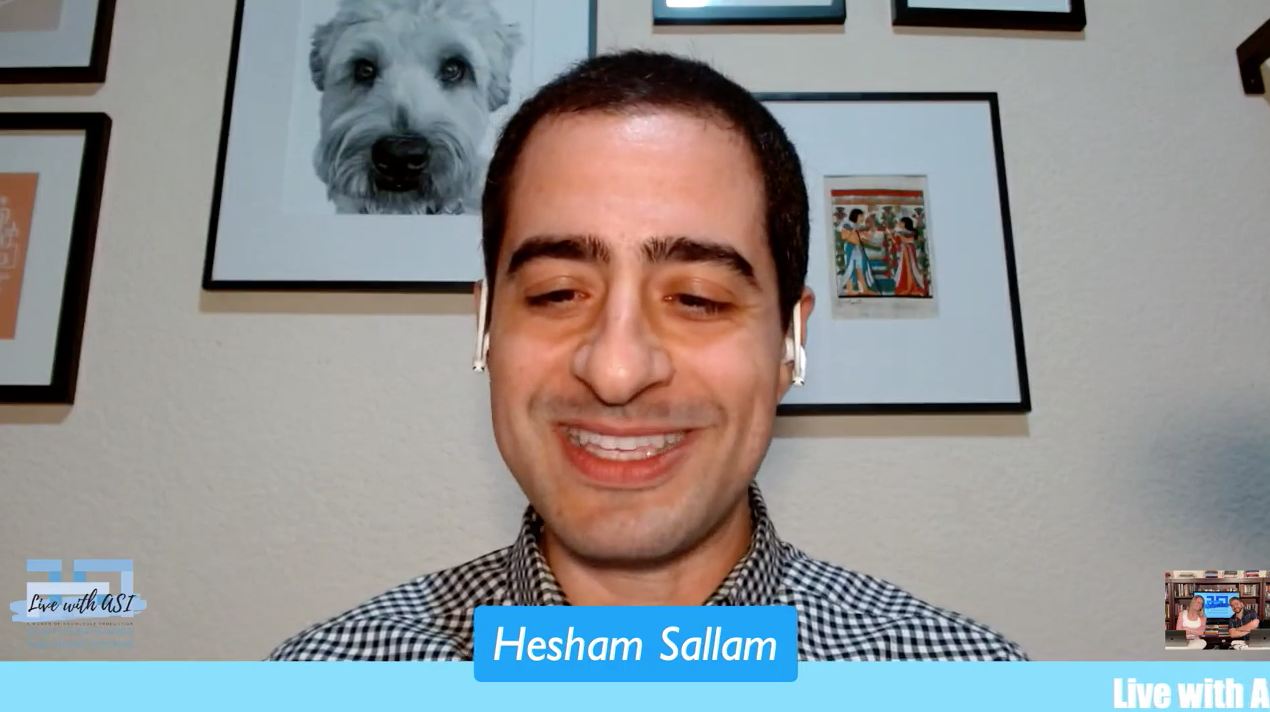 Jadaliyya Co-Editor Hesham Sallem introduces viewers to a brand new podcast about the politics of the COVID-19 pandemic in the Arab world.

Launched in partnership between ASI and the Stanford University’s Program on Arab Reform and Democracy, Mofeed-19 is the aptly-named 19-minute video podcast that discusses research efforts pertaining to the impacts of the COVID-19 pandemic on the Arab world.

The podcast, co-hosted by Hesham Sallam and Amr Hamzawy, is part of the Mofeed-19 Project, an initiative that builds foundational resources for understanding how the politics and societies of the Arab world have adapted in light of the pandemic.

Their third episode, which featured award-winning journalist and Mada Masr Editor, Lina Attalah, examines the challenges of reporting about the pandemic in Egypt and explains the conditions that have shaped dominant narratives about COVID-19 in the country.

Earlier this fall, the Knowledge Production Project (KPP) and the Middle East Studies Pedagogy Initiative (MESPI) introduced a new podcast called “Search Files,” which covers trends in knowledge production and pedagogy on the Middle East and North Africa based on a constantly evolving dataset and pedagogic research.

In the second-ever episode of Search Files, Bassam and Jessica Holland—the Manager of Knowledge Production and Pedagogy at FAMA—interviewed three scholars on the cutting edge of research on knowledge production trends: Alejandro Paz, who is examining think tank “expertise,” Peter Mandaville, who works on pedagogy and teaching modules on Islam, and Camille Cole, who is working on a teaching module on the environment and the region.

Connections Podcast - Crises in the Maghreb (48:52)

For those that don’t know, Connections is a podcast series hosted by dear friend of the show, Mouin Rabbani, and it offers timely and informative interviews on current events and broader policy questions, as well as themes relevant to knowledge production, combining journalism, analysis, and scholarship.

In the latest episode, titled “Crises in the Maghreb,” Mouin spoke with fellow Jadaliyya Co-Editor, Samia Errazouki, regarding escalating tensions between Morocco and Algeria, as well as the deteriorating situation in the Western Sahara.

Several of the NEWTONs published this month center on women’s issues, so we selected two to highlight. 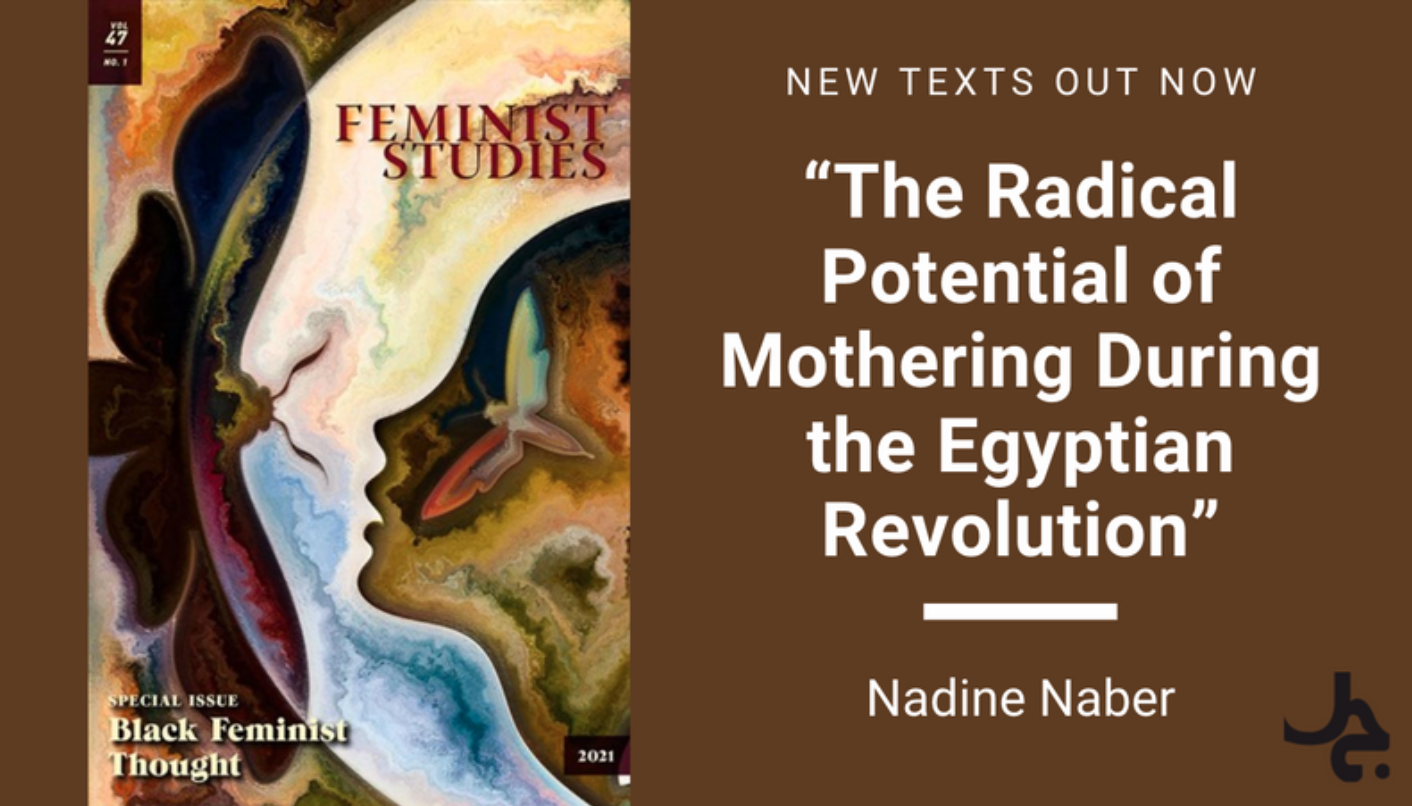 First, Nadine Naber published an article in a special edition of the Feminist Studies Journal. The article, titled “The Radical Potential of Mothering during the Egyptian Revolution”, challenges the sensationalist depictions of mothering during the  Egyptian revolution of 2011. By “unsentimentalizing” mothering and exploring its radical potential within the context of the uprising, this article critiques patriarchal representations, whether pro-regime and traditionally nationalist or revolutionary nationalist. 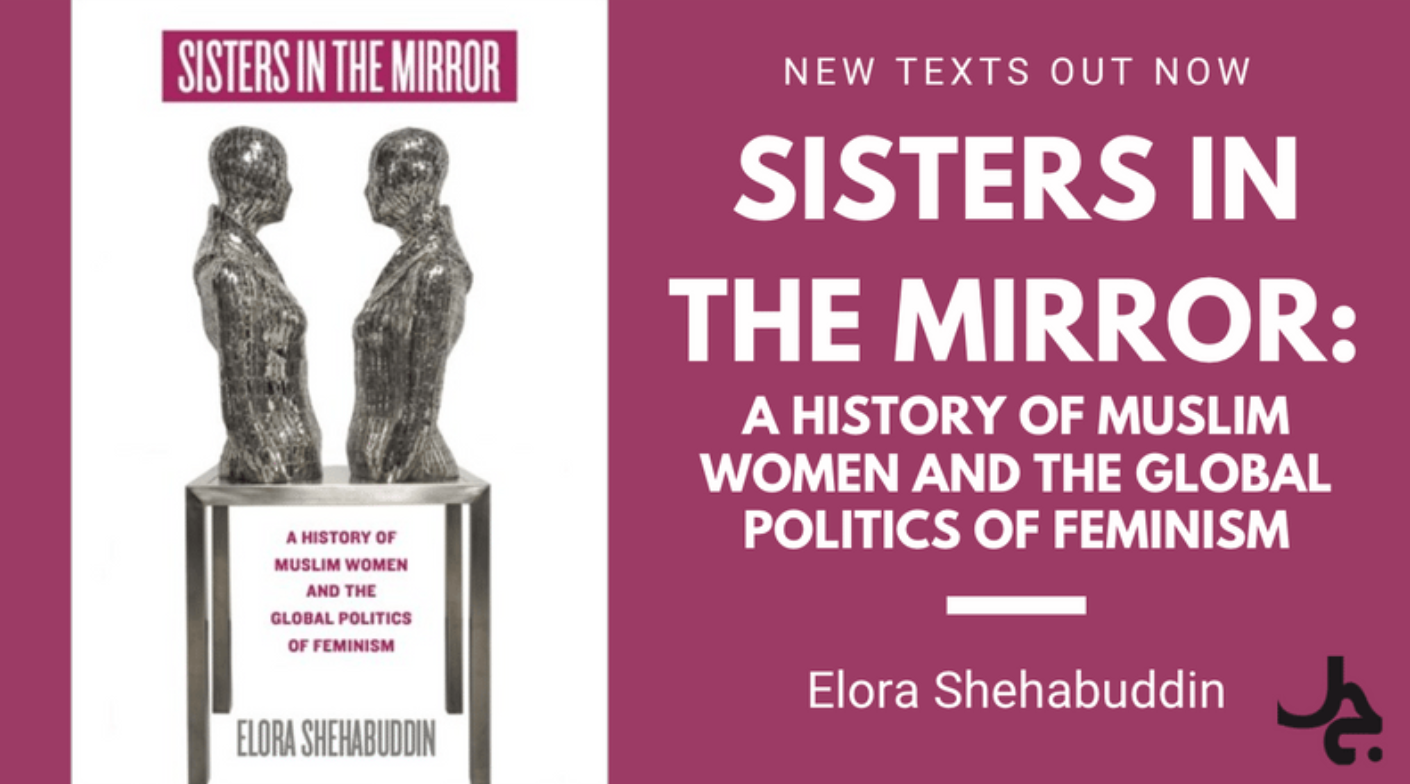 Elora Shehabuddin’s book Sisters in the Mirror: A History of Muslim Women and the Global Politics of Feminism. This book argues that feminist movements in the Anglo-American West and in Muslim South Asia have developed in tandem rather than in isolation—and indeed helped to construct one another. The book interweaves stories of conflict with stories of encounters that led writers to reconsider gender norms in their own society—similar to how one might discover imperfections when studying oneself in a mirror.