Join us on Tuesday, 22 February for a discussion between Jadaliyya co-editor Mouin Rabbani and Ali Latifi about Afghanistan six months after the withdrawal of NATO forces and assumption of power by the Taliban. This episode of Connections will examine Afghanistan’s political landscape, the humanitarian emergency, and the role of foreign powers.

Ali Latifi is an Afghan-American journalist. He spent eight years working in Afghanistan after returning to Kabul, the city of his birth, in 2013. During more than a decade reporting on the situation in Afghanistan Latifi traveled to more than 15 provinces and followed Afghan refugees in Turkey, Greece, and Italy. His work has appeared in Al Jazeera English, The Los Angeles Times, The New York Times, CNN, Deutsche Welle, VICE News and other leading international outlets. 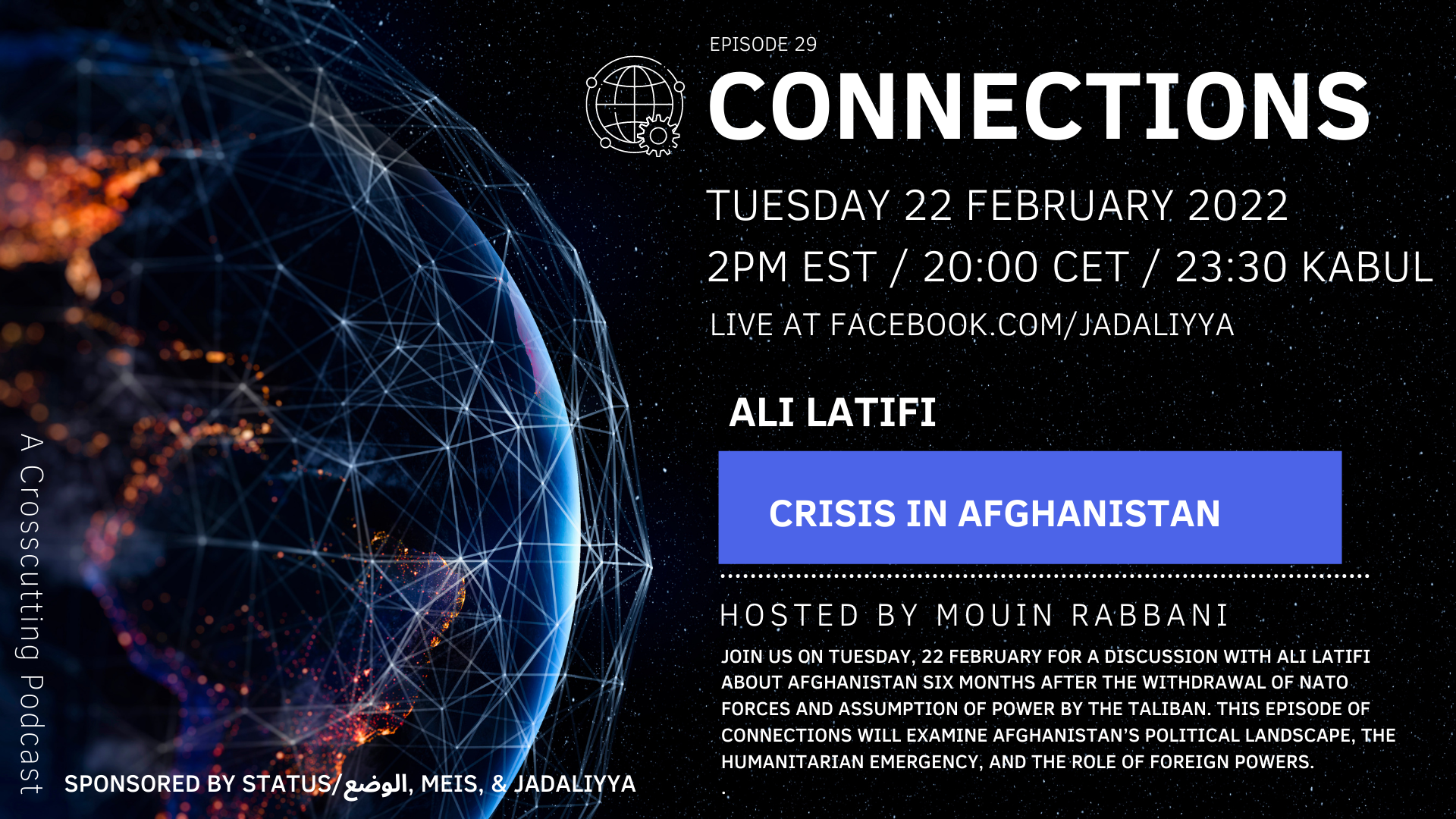