Year III of the Hirak Between Repression and Optimism

After suspending protests due to the pandemic, Algerian activists have once again taken to the streets demanding meaningful political change. The political mobilization known as the Hirak began in February 2019 and is now entering its third year. While the movement has remained committed and shown its creativity and resilience, the Algerian state has cracked down on protestors with new resolve, raising questions about the parliamentary elections that will be held on 12 June 2021. What are the current obstacles faced by the Hirak, both given the political configuration in the country and regionally as well as internationally? How can we better understand the movement in light of the War of Independence as well as the Civil War, both of which continue to structure imaginaries of revolution and violence? Jadaliyya Maghreb Page Co-Editors Muriam Haleh Davis and Thomas Serres join the MEIS podcast to address all of these questions and more.

Muriam Haleh Davis is an Assistant Professor in the Department of History at the University of California, Santa Cruz. She is a co-editor of the Maghreb page on Jadaliyya and is also on the editorial committee of the Middle East Research and Information Project (MERIP). She co-edited a volume published by Bloomsbury Academic Press in 2018 entitled “North Africa and the Making of Europe: Governance, Institutions and Culture” and has published in the Journal of Contemporary History, Middle East Critique, and the Journal of European Integration History. 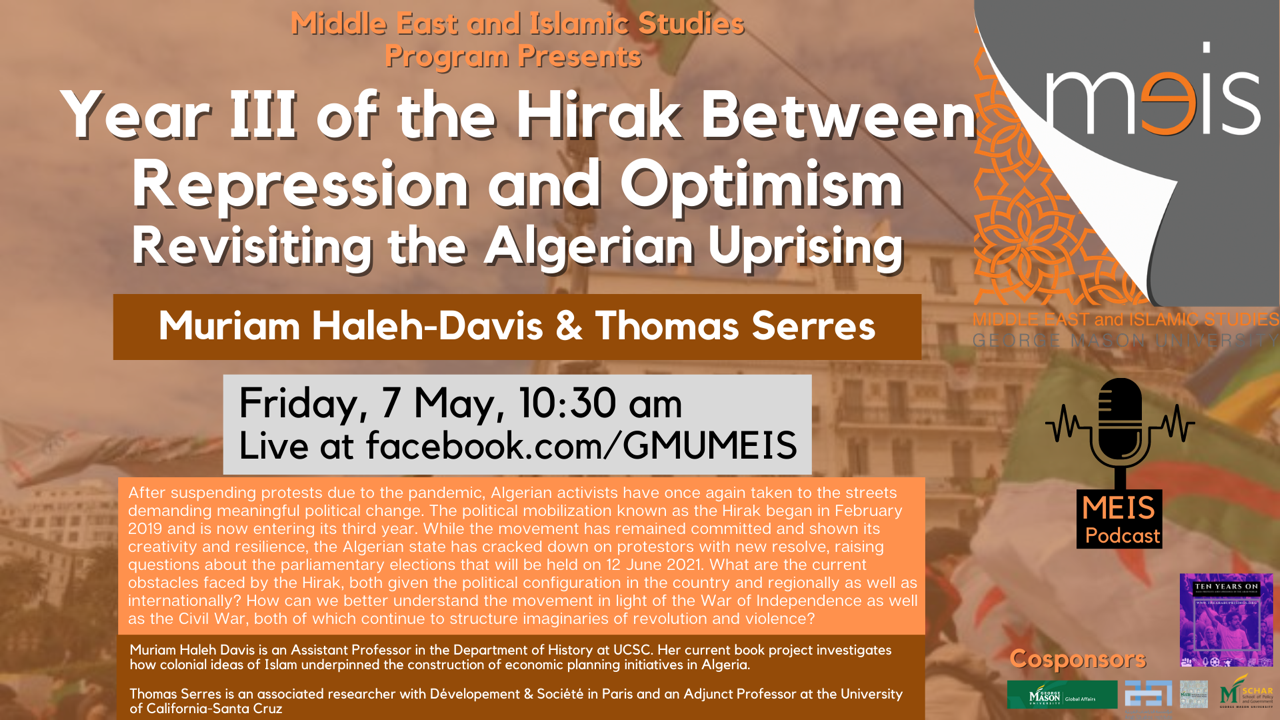