Join us on Tuesday, 26 April for a discussion about Palestinian textbooks between Jadaliyya Co-Editor Mouin Rabbani and Martin Konečný. This episode of Connections will examine the decades of controversy about Palestinian Authority school textbooks, its impact on  Palestinian education, and the political agendas driving this issue.

Martin Konečný is the founder and director of the European Middle East Project (EuMEP), an independent NGO in Brussels promoting just and effective European Union policies towards the Israeli-Palestinian conflict. Konečný has closely followed EU foreign policy, including on the Israeli-Palestinian conflict, as an analyst and advocate for over a decade, and is often consulted by European officials and media. Before launching EuMEP, he worked as a Senior Policy Analyst at the Open Society European Policy Institute in Brussels, covering the Middle East and Central Asia. Konečný has also served as Brussels Director at Crisis Action, where he coordinated international advocacy efforts on multiple conflicts, including Sudan, Syria, Afghanistan and Israel-Palestine. He previously worked for international environmental organisations and as a journalist in the Czech Republic. 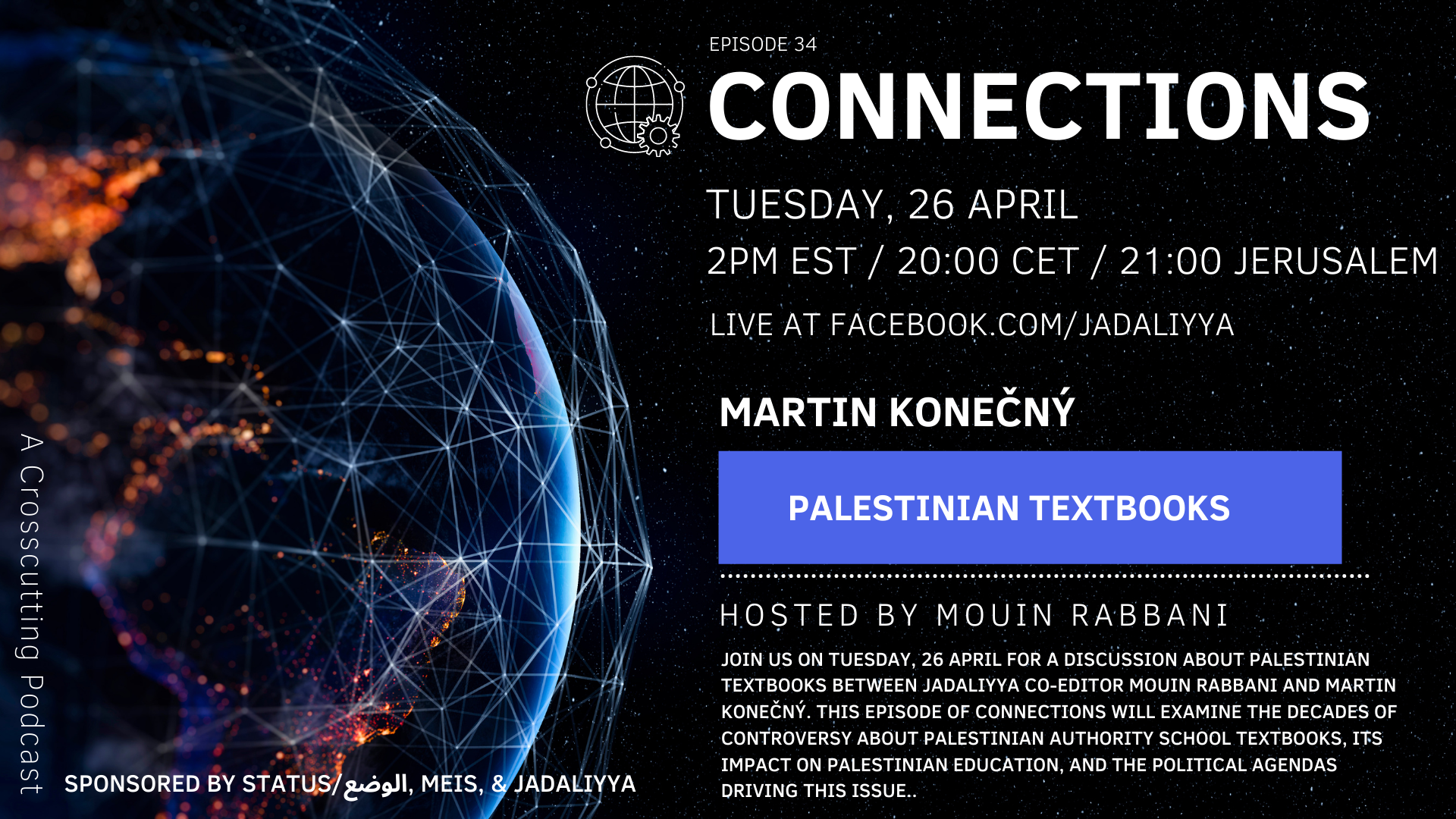